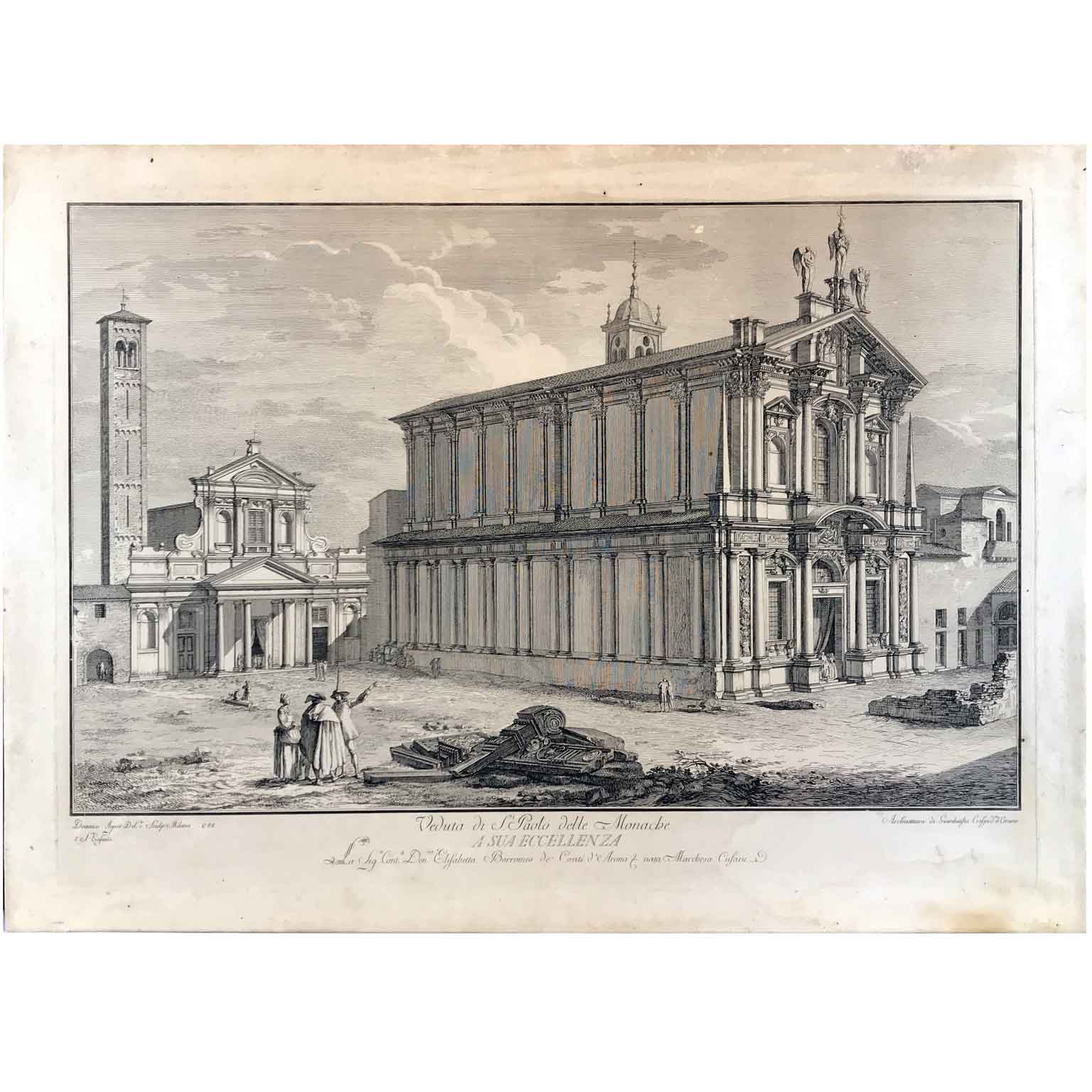 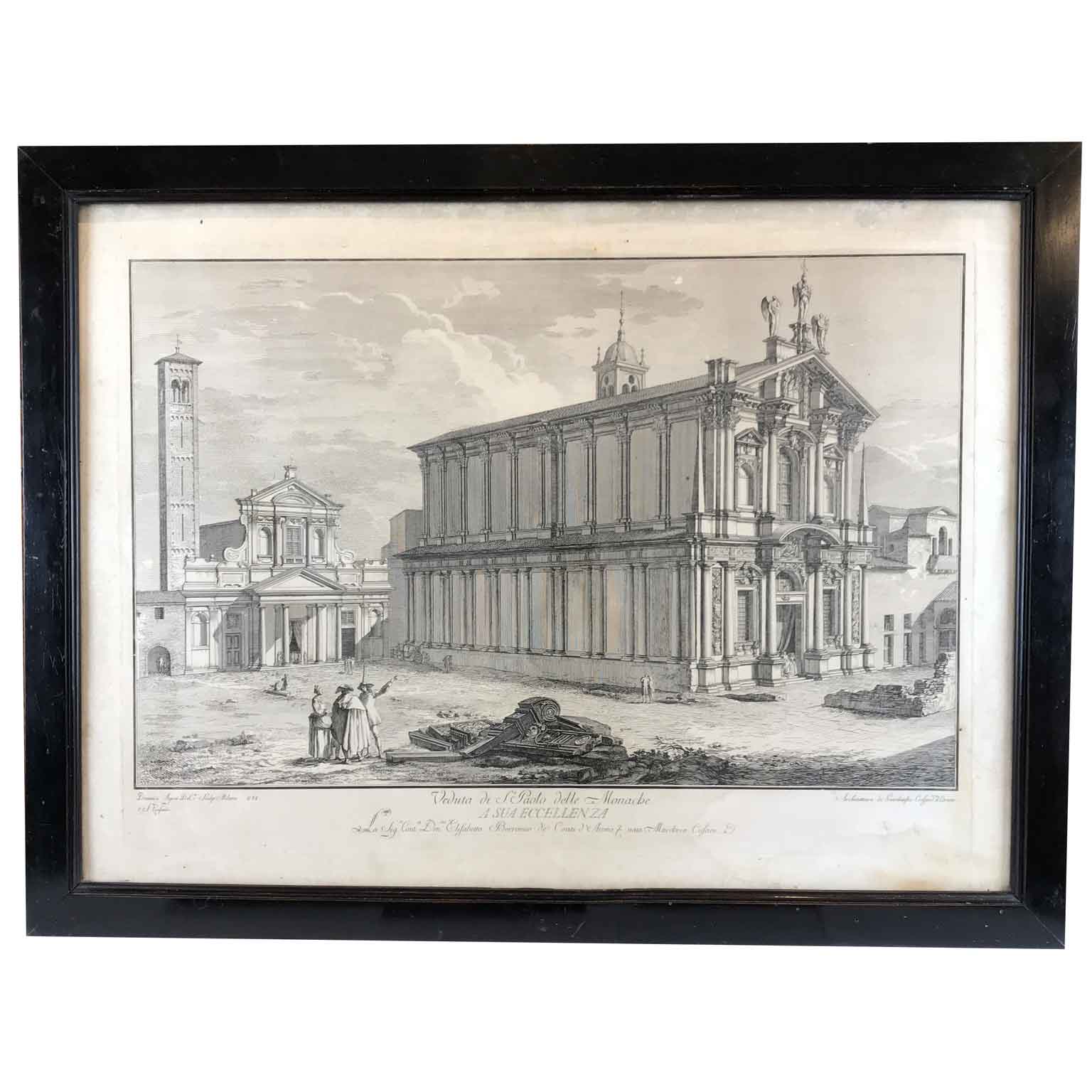 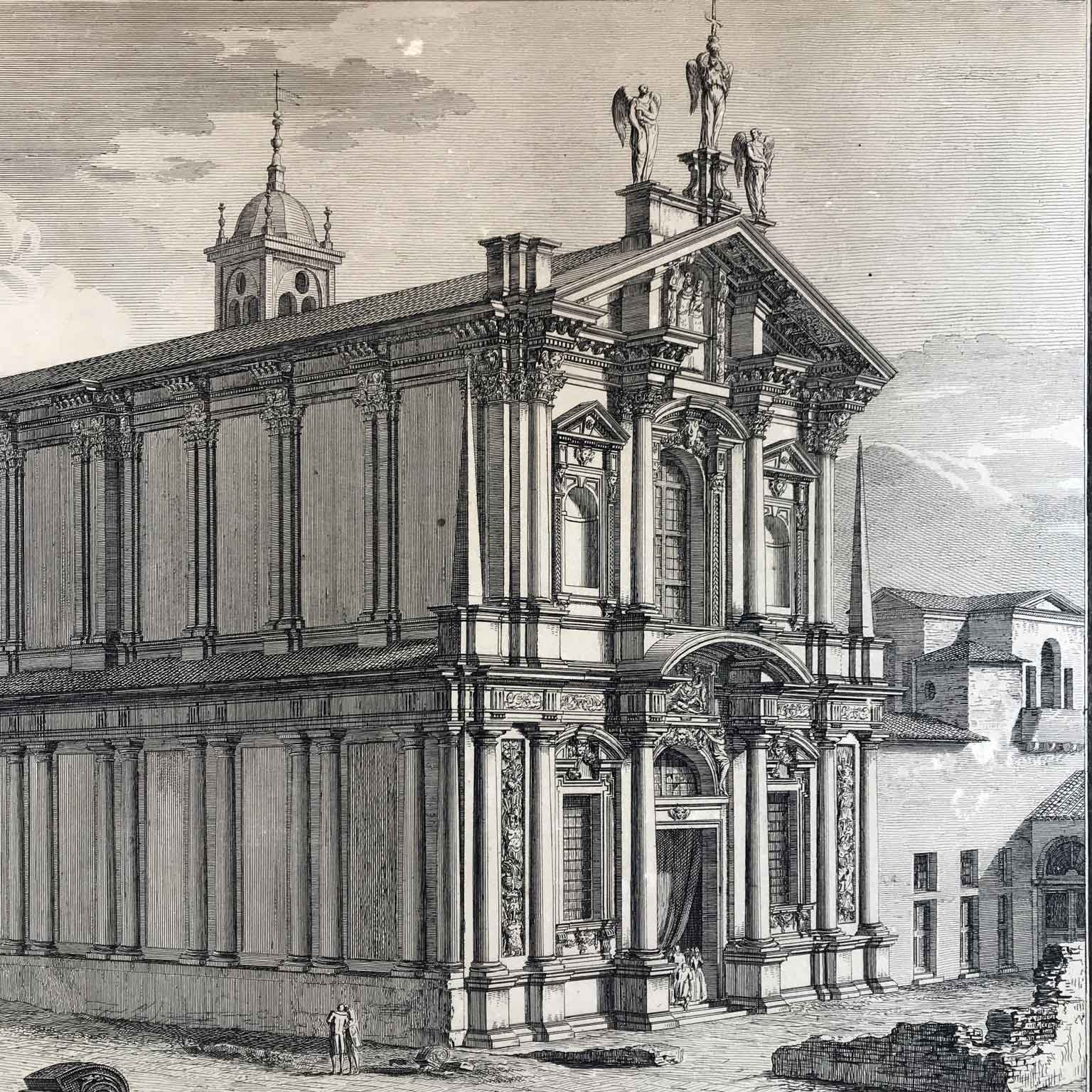 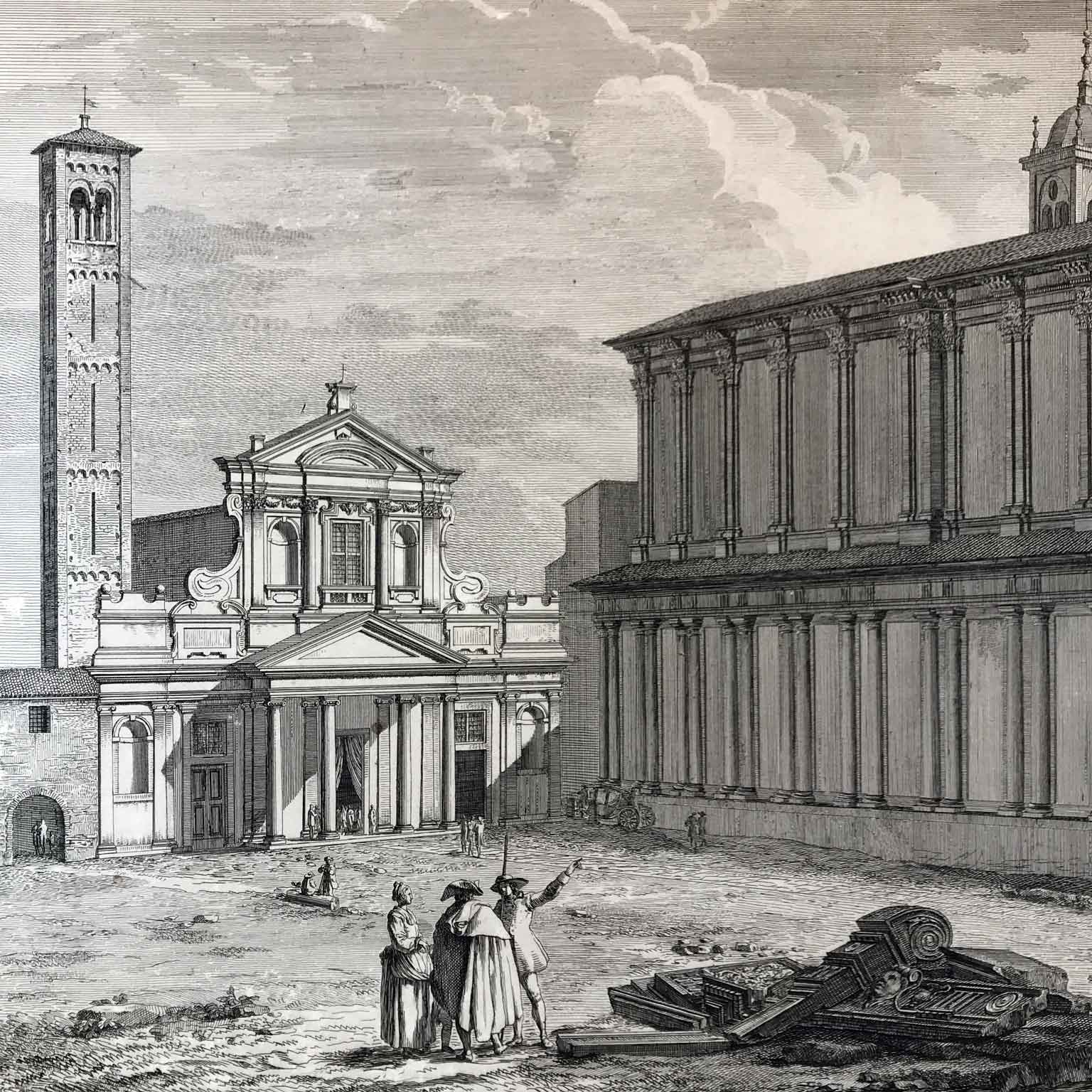 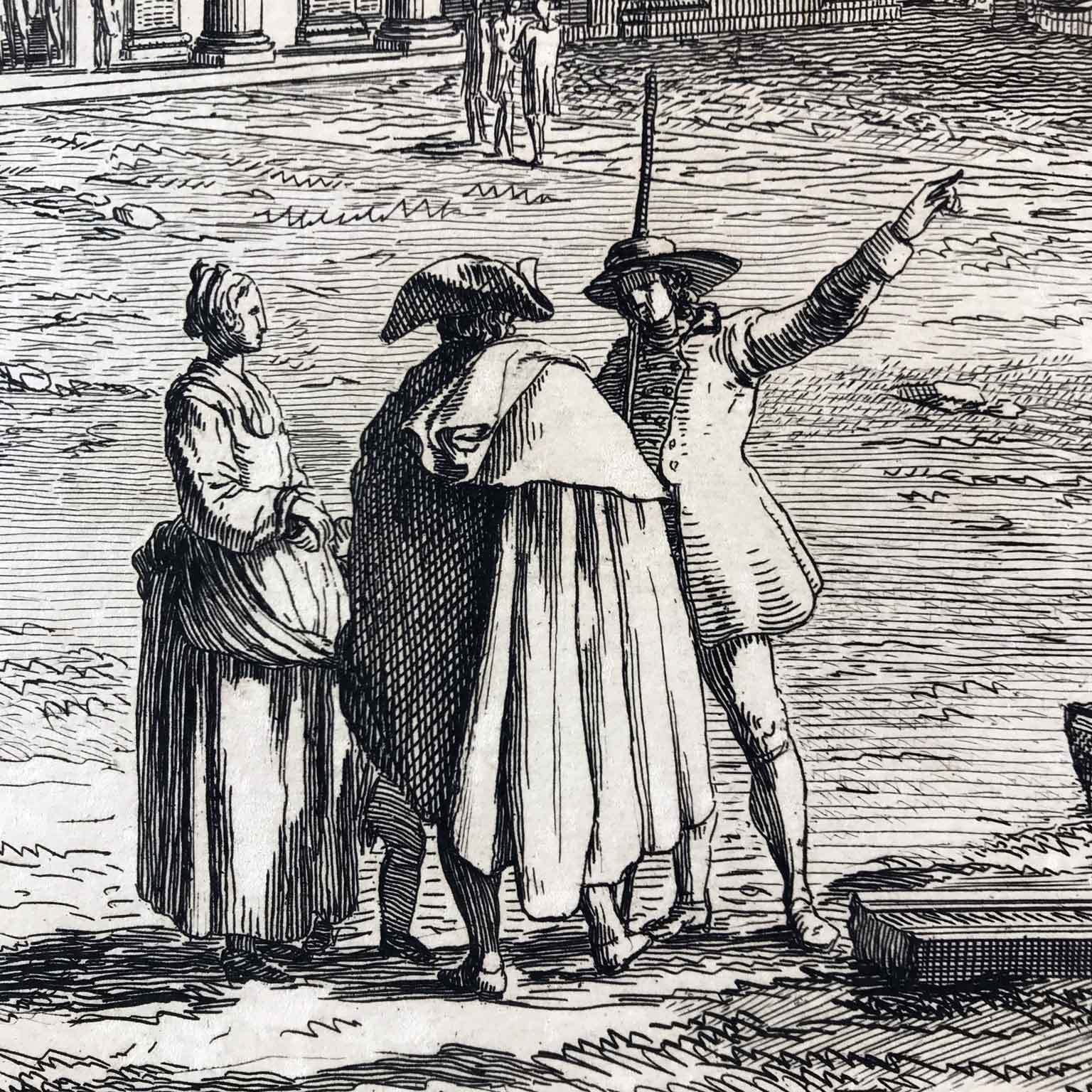 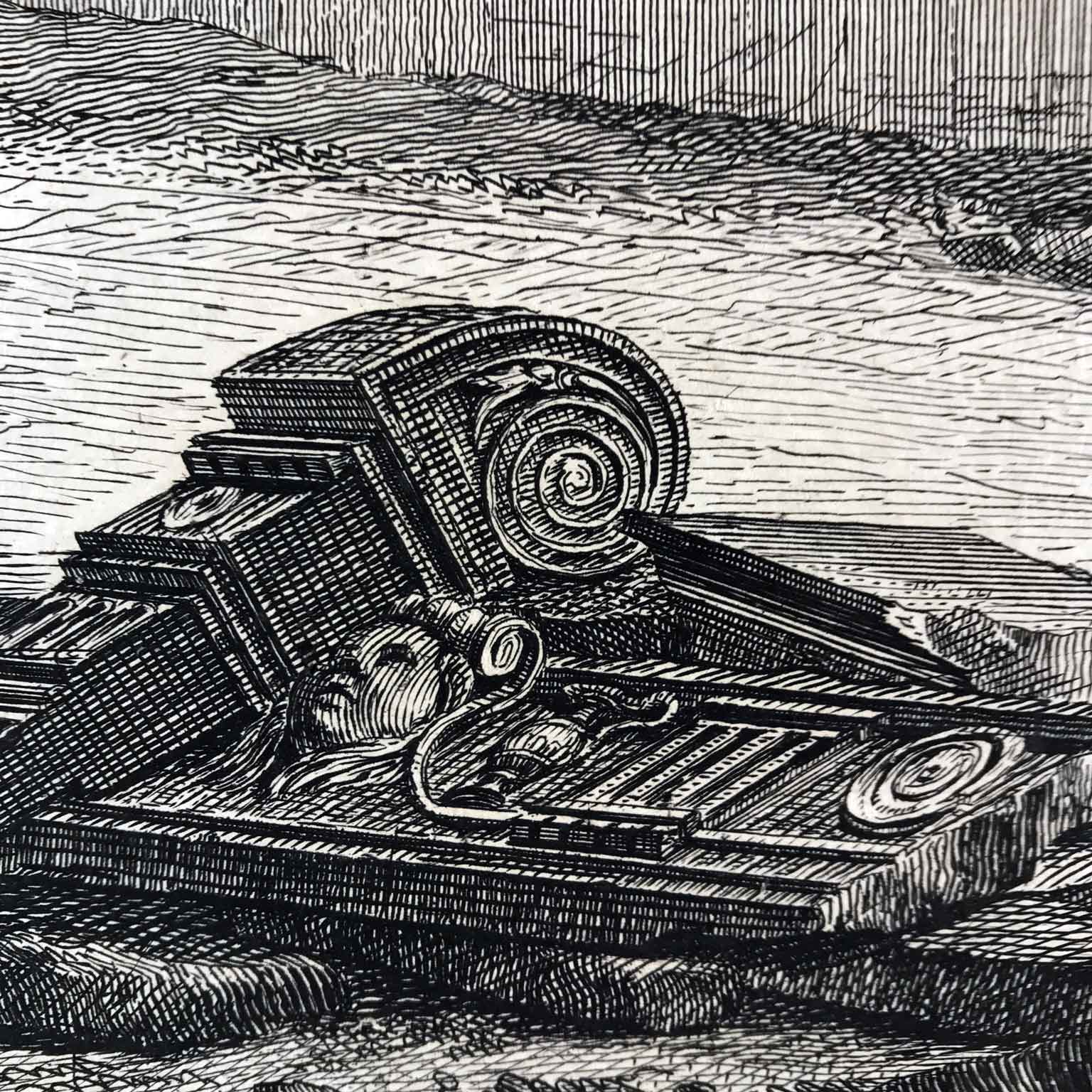 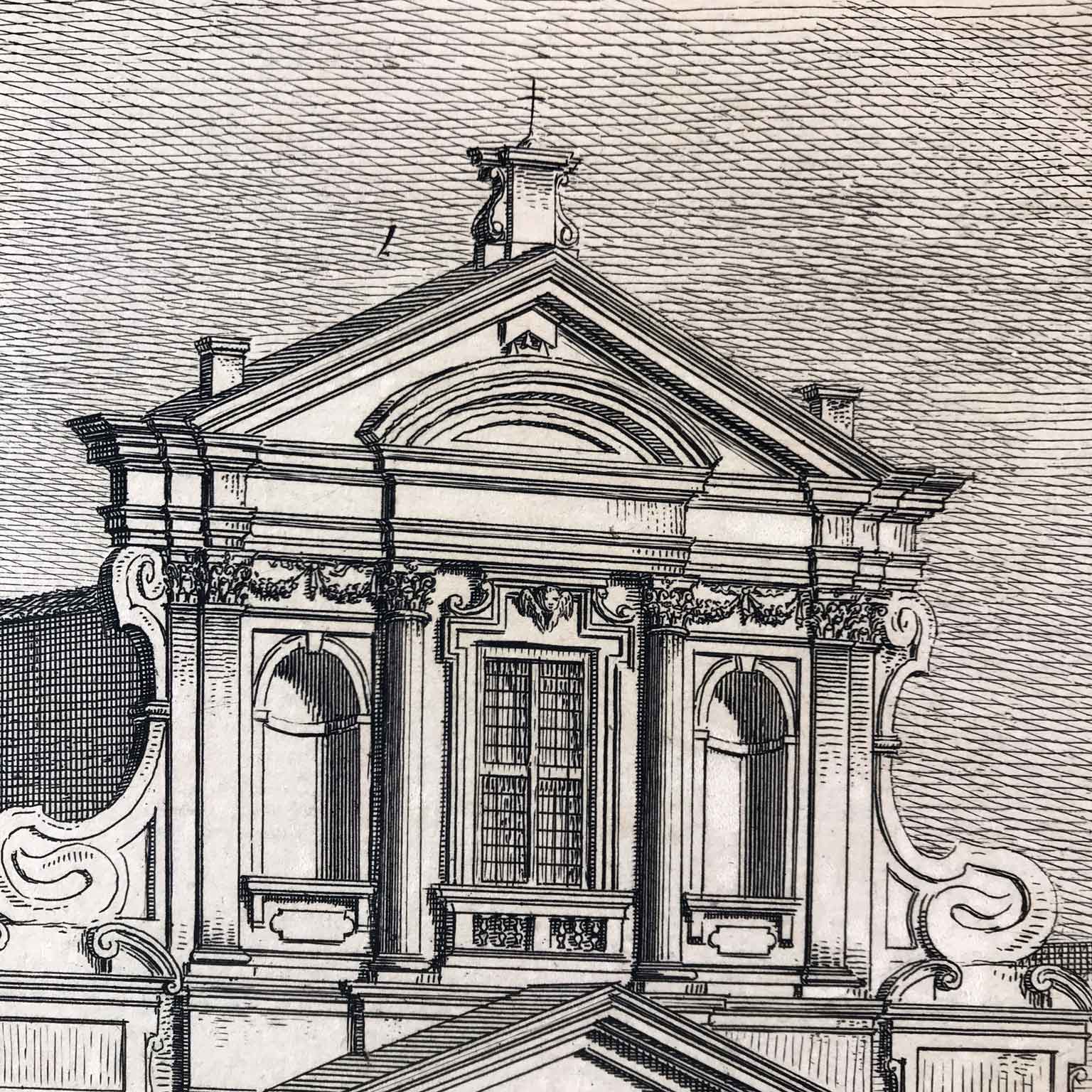 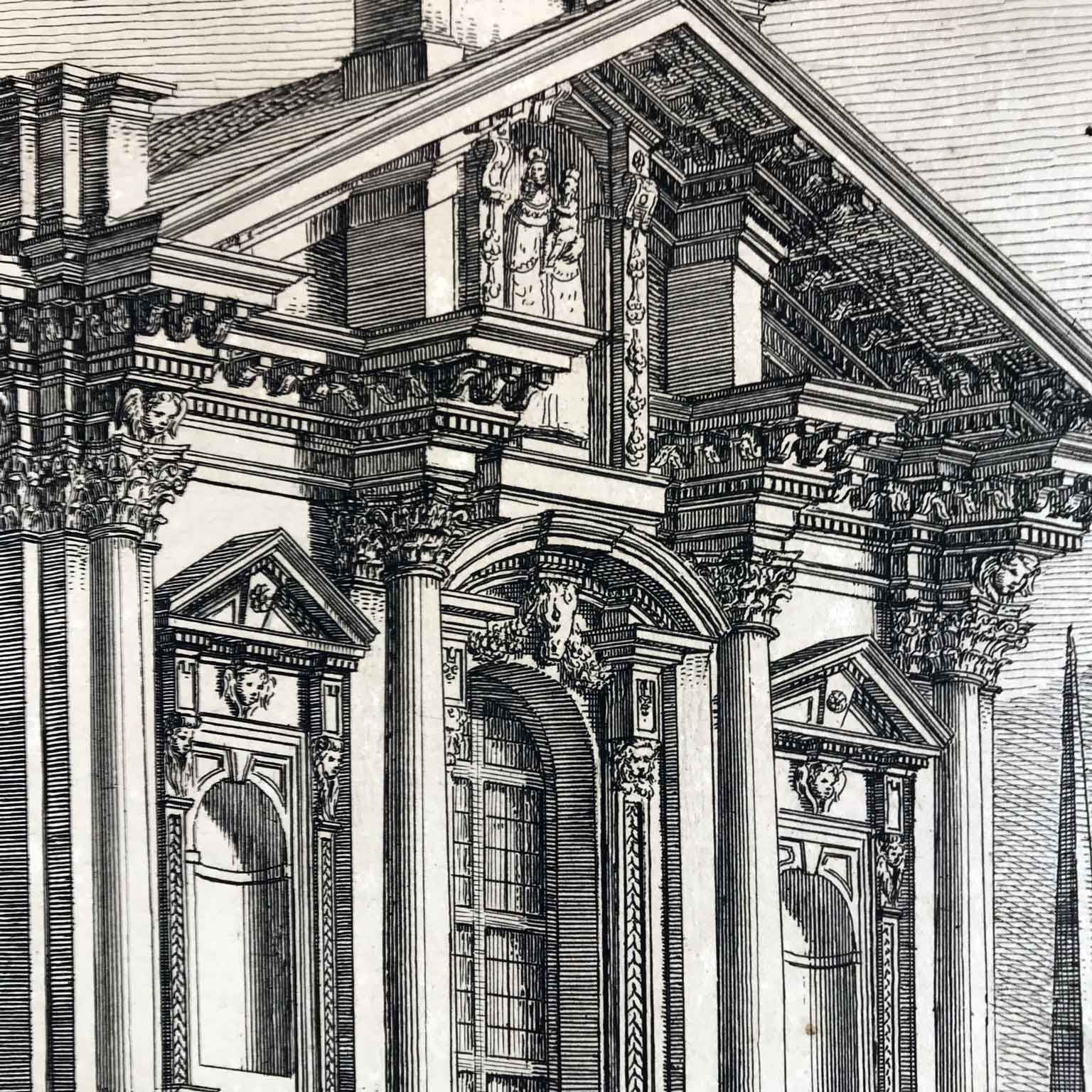 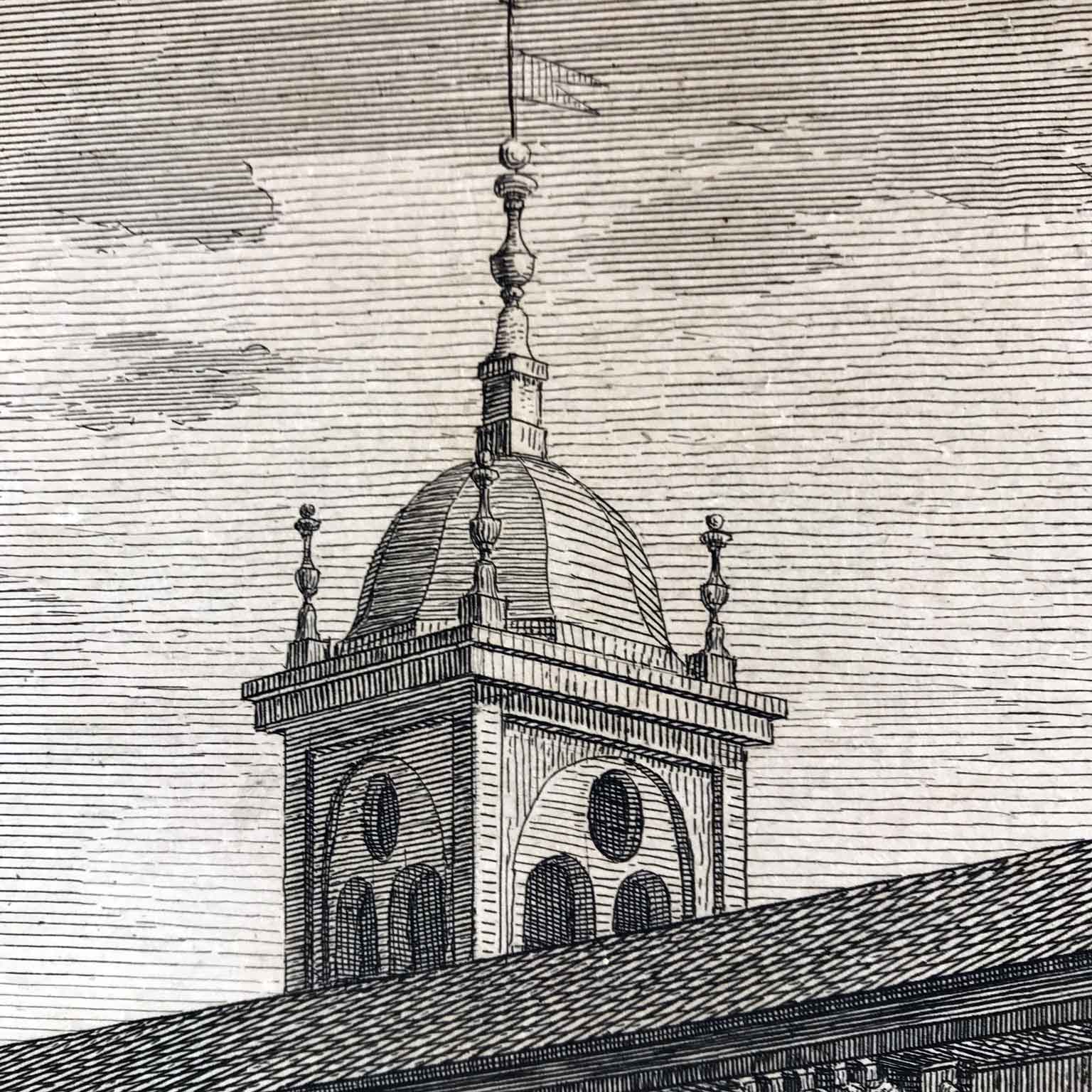 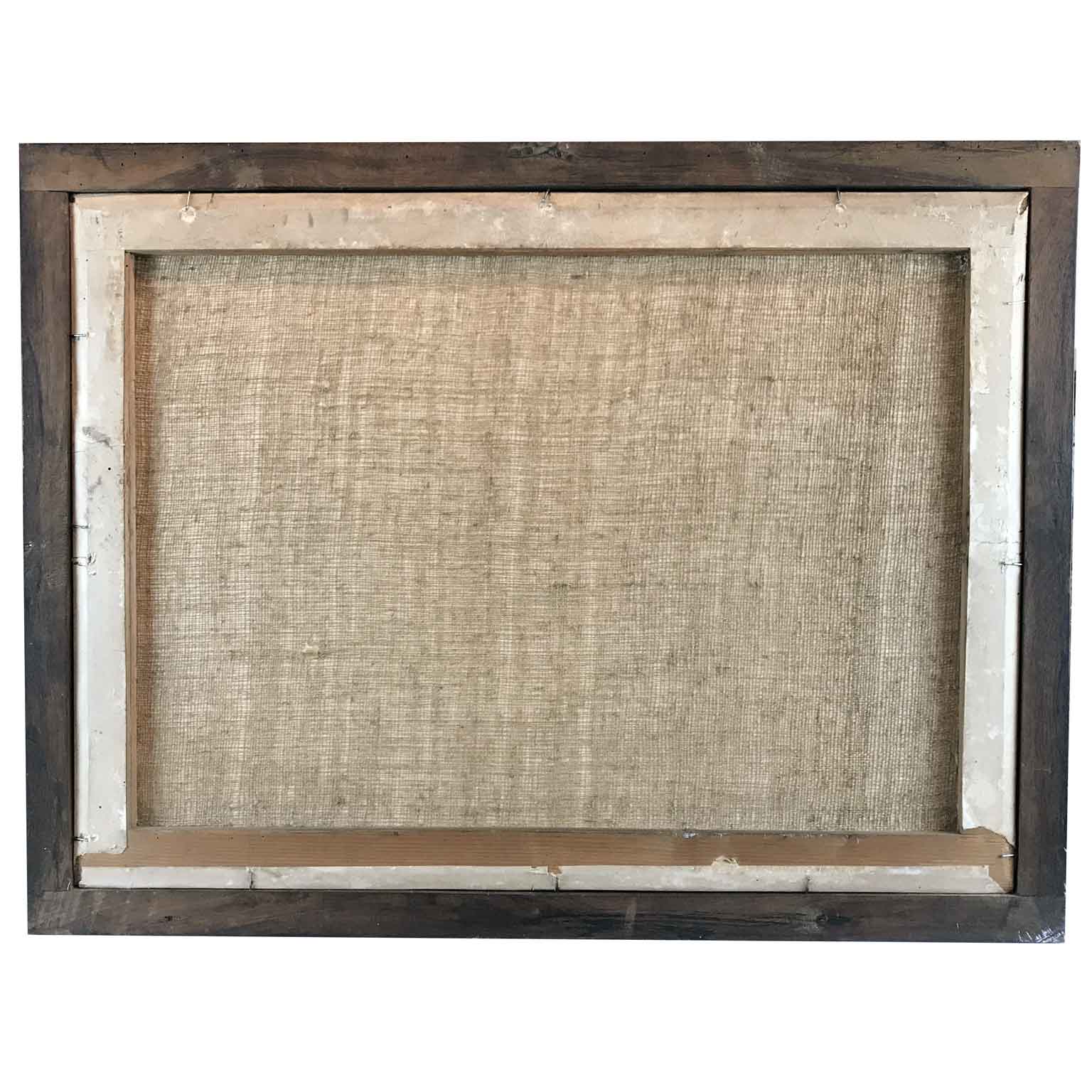 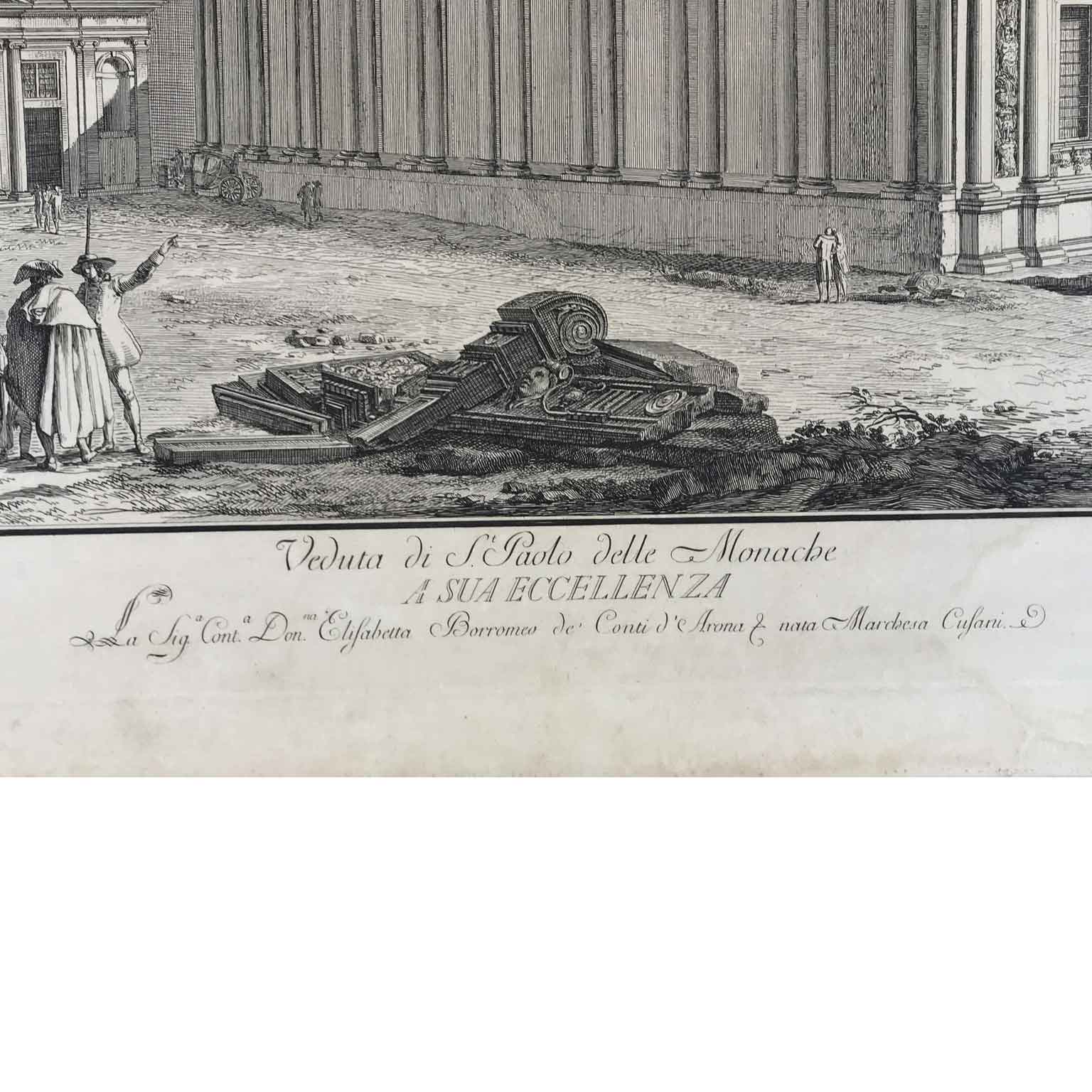 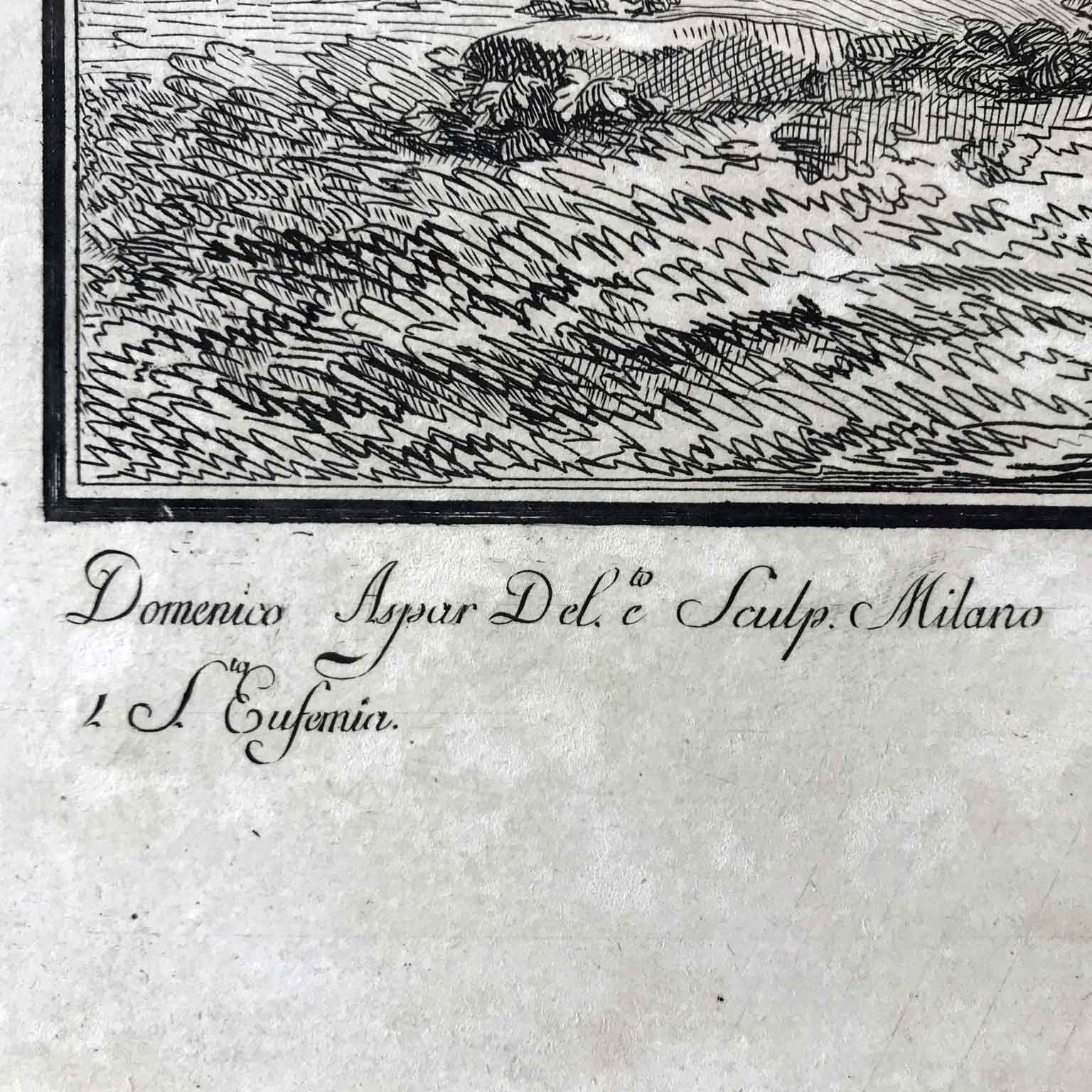 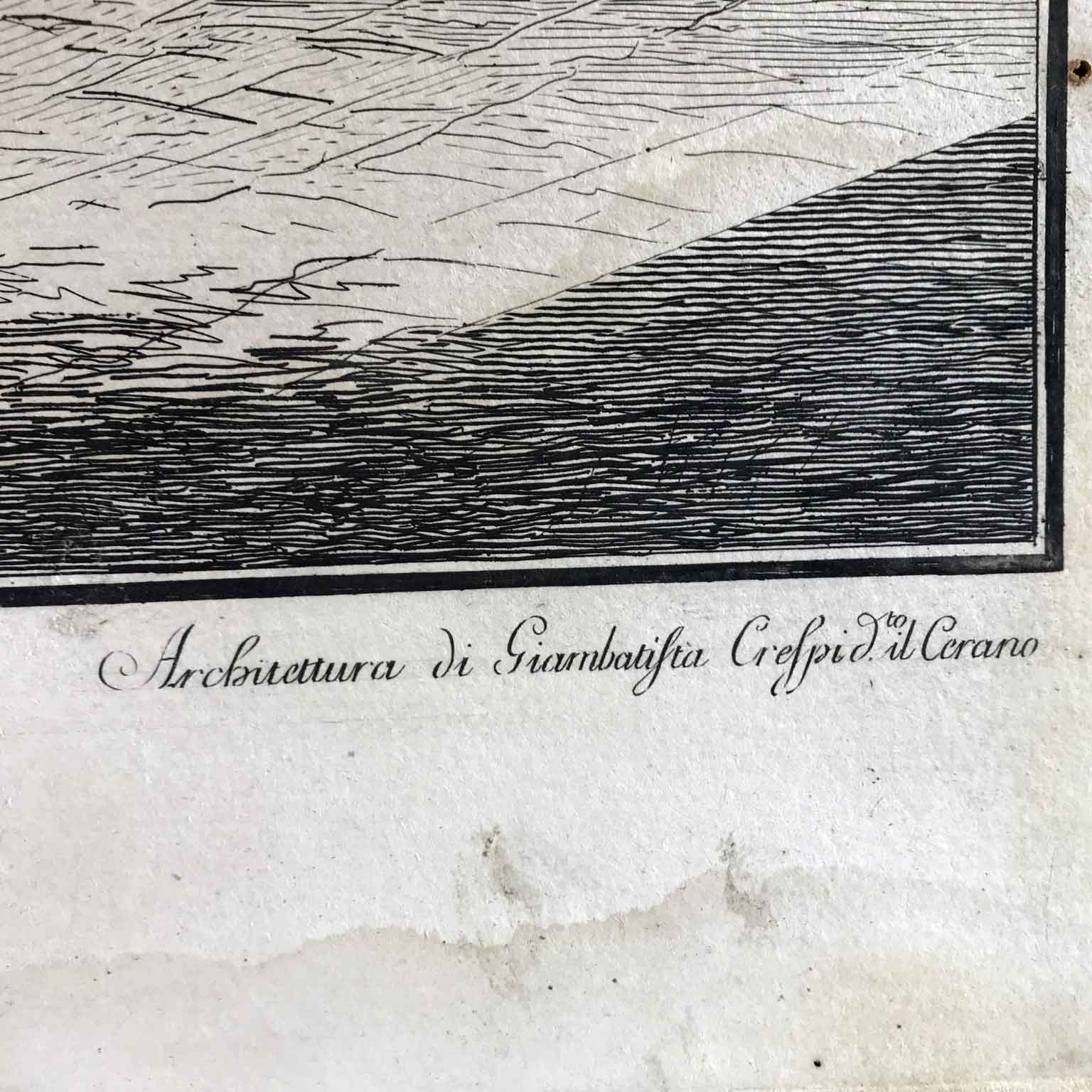 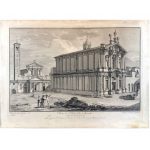 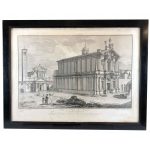 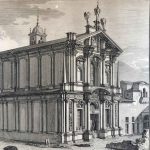 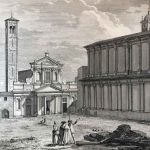 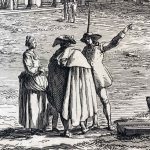 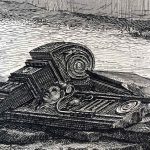 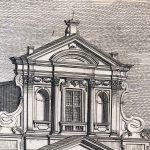 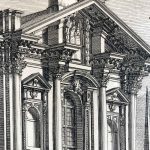 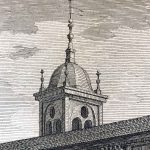 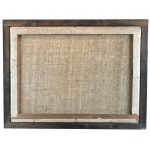 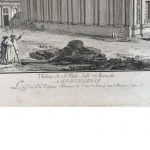 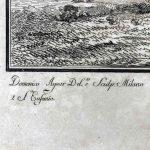 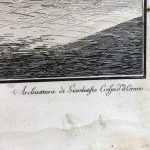 VEDUTA DI SAN PAOLO DELLE MONACHE, 1788 A rare view of Milan, an etching and burin engraving with original ebonized walnut frame and glass.  The sheet was transferred to canvas in 1800. It comes from a private Milanese collection and it is in good age related condition.  Plate number 8 from the Vedute di Milano series. This engraving depites the church of San Paolo, a three quarter view, investigating the details of the facade. The foreground  is uncrowded.  Excellent quality etching with a strong line and delicate blacks,  belonging to the first edition realized towards the end of the 18th century.  A superlative chiaroscuro technique describes  the architecture elements.Wide margins beyond the copper stop. Under the title the inscription: A SUA EXCELLENZA / La Sig. Cont. Do. Elisabetta Borromeo de Conti d’Aragona and born Marchesa Cusani . Under the view on the left, signature and date: Domenico Aspar. Del and Sculp. Milan 1788 , on the right Architecture by Gianbattista Crespi d. the Cerano . Italian painter, engraver and teacher. Due to the family’s economic situation, he was unable to follow his studies on a regular basis, but thanks to his strong ability to draw, some benefactors allowed him to study at the Ferrara Academy under the guide of Giuseppe Baldrighi. Here he became interested in painting and decorative paintings for the Ducal Palace. Once he moved to Milan he almost completely stopped painting to devote himself to engraving, inspiring his style to the Piranesi one. As  engraver and cartoonist he illustrated La Corneide (1773) by Giovanni De Gamerra, much of the first Italian edition of Winckelmann’s History of the Arts of Drawing (Milan 1779), The events of Milan during the war with Federigo I (Milan 1778) and Delle Milanese Lombard Antiquities (Milan 1792-93, 4 vols.) by Angelo Fumagalli.The consecration, however, came with the sixteen Views of Milan, etched and finished with burin from 1786 to 1792, reprinted several times (last by Vallardi in 1808), and which have becomeer very rare and highly sought after by collectors as they are the only views worthy of being alongside the great Roman and Venetian masterpieces.Bibliography: Paolo Arrigoni (edited by), Milan in old prints, December 1969, n.129. 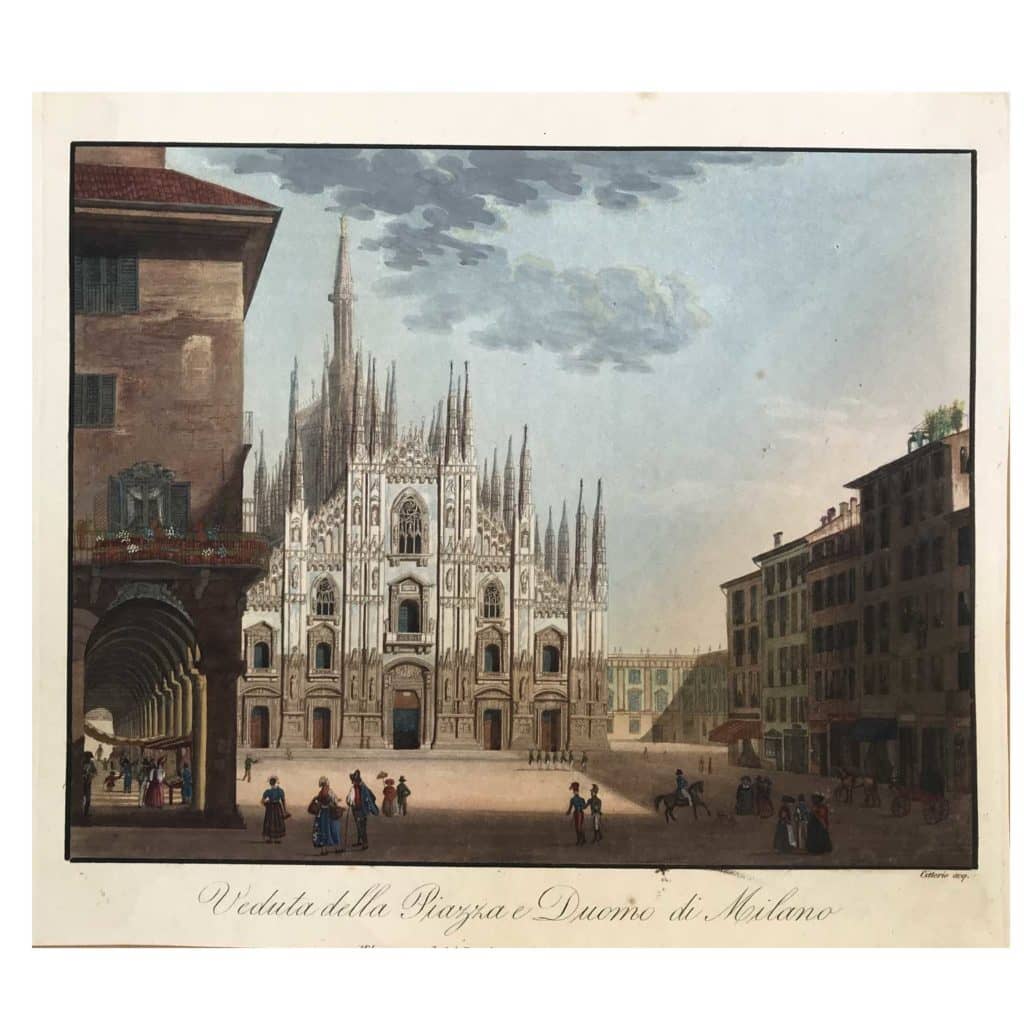 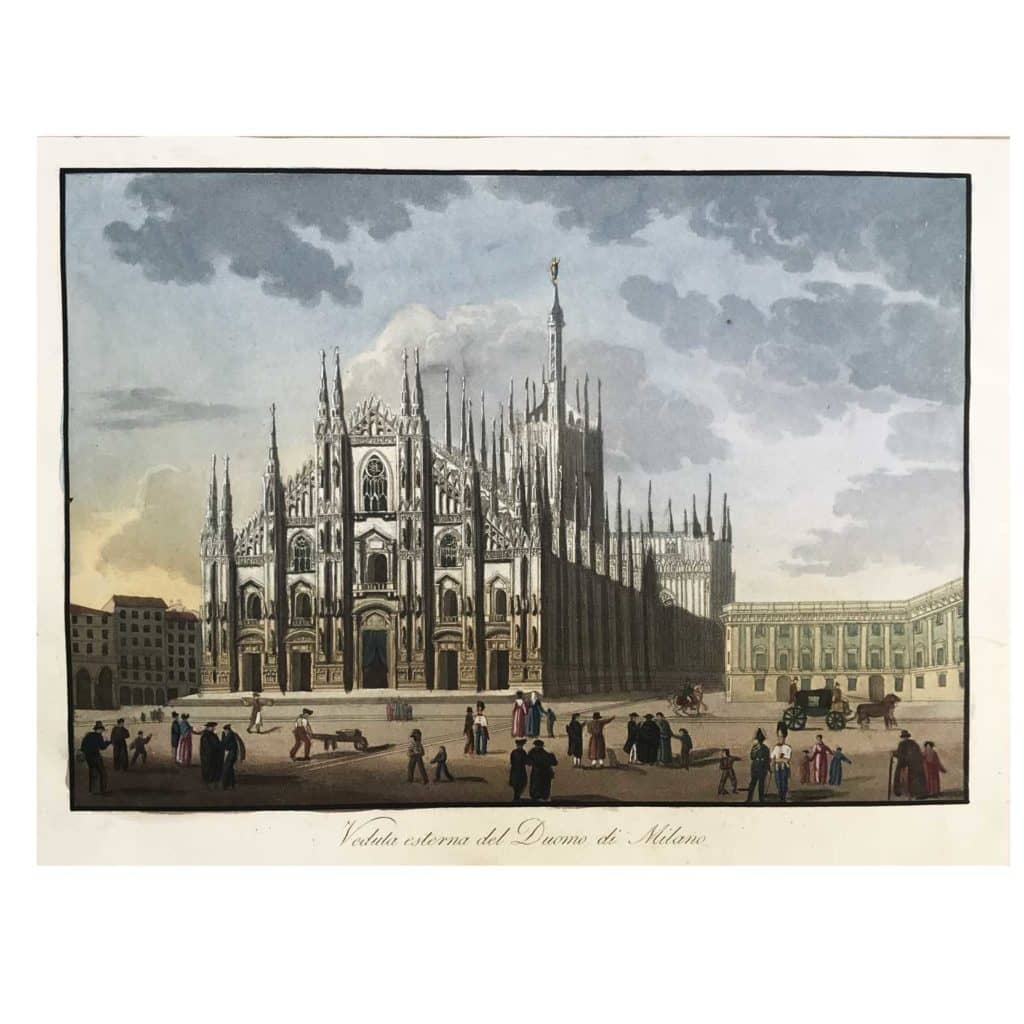 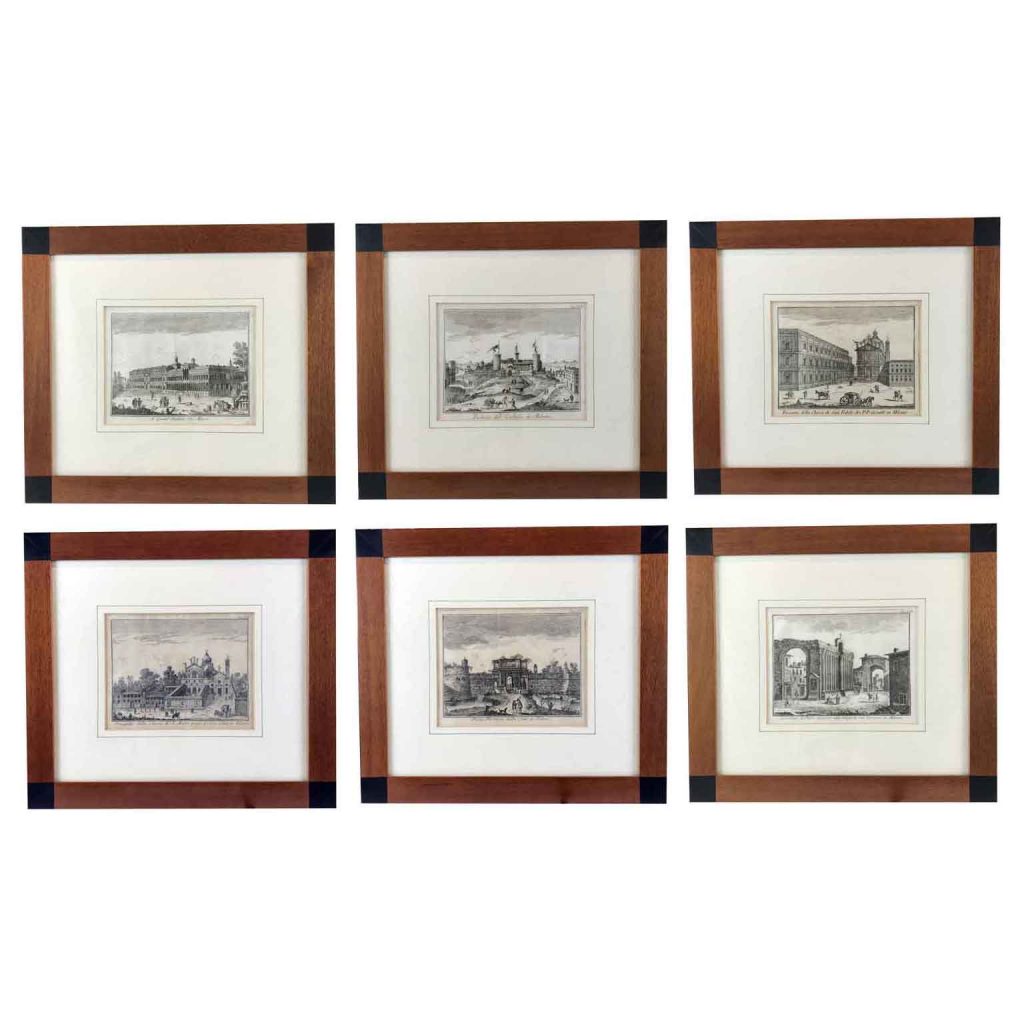