The Animals entering Noah’ s Ark a large size, unpublished Italian oil on canvas painting realized in the first half of 17th century by a Veneto Master.

The painting, inspired by the story of the Flood contained in Genesis, depicts the gathering of animals ready to enter the ark built by Noah, according to the divine will, to preserve the righteous  man, his family and a couple of all living animals  from the punitive destruction of the flood.

The biblical text offers the artist the opportunity to describe a large genre scene set in the landscape whose protagonists are animals.

The adoption of a raised point of view, allows the eye to travel through the variety of the animal world, whose multitude connotes the earth and the sky, up to the  landscape, characterized by the rich foliage of trees, which lead to buildings with towers overlooking a stretch of water, up to the blue of the mountains in the background and the sky with soft pink clouds.

The artist of the painting, a Veneto Master active in the first half of the 17th century, arranges both human and animal protagonists in a  simplified natural environment, in order to represent  the moltitude of the animal world,  known by contemporaries, in a usual landscape for the client, the Venetian hinterland.

The descriptive intent is achieved by operating a rational organization of the figural elements, in order to govern multiplicity.

The figurative result is a rich bestiary animated by  five characters. The composition of the painting is in fact dominated by imaginary representations, even fantastic ones, of animals such as unicorns, elephants, lionesses and more domestic species such as hares, lambs, horses, deer, cows and dogs.

The painting dates back to 1600, of Veneto origin and comes from a Lombard private collection.

Set in a 17th century wooden frame with a modern ivory color fauve marble lacquering, it is in good condition thanks to a conservative restoration, the canvas painting has been relined in the past. 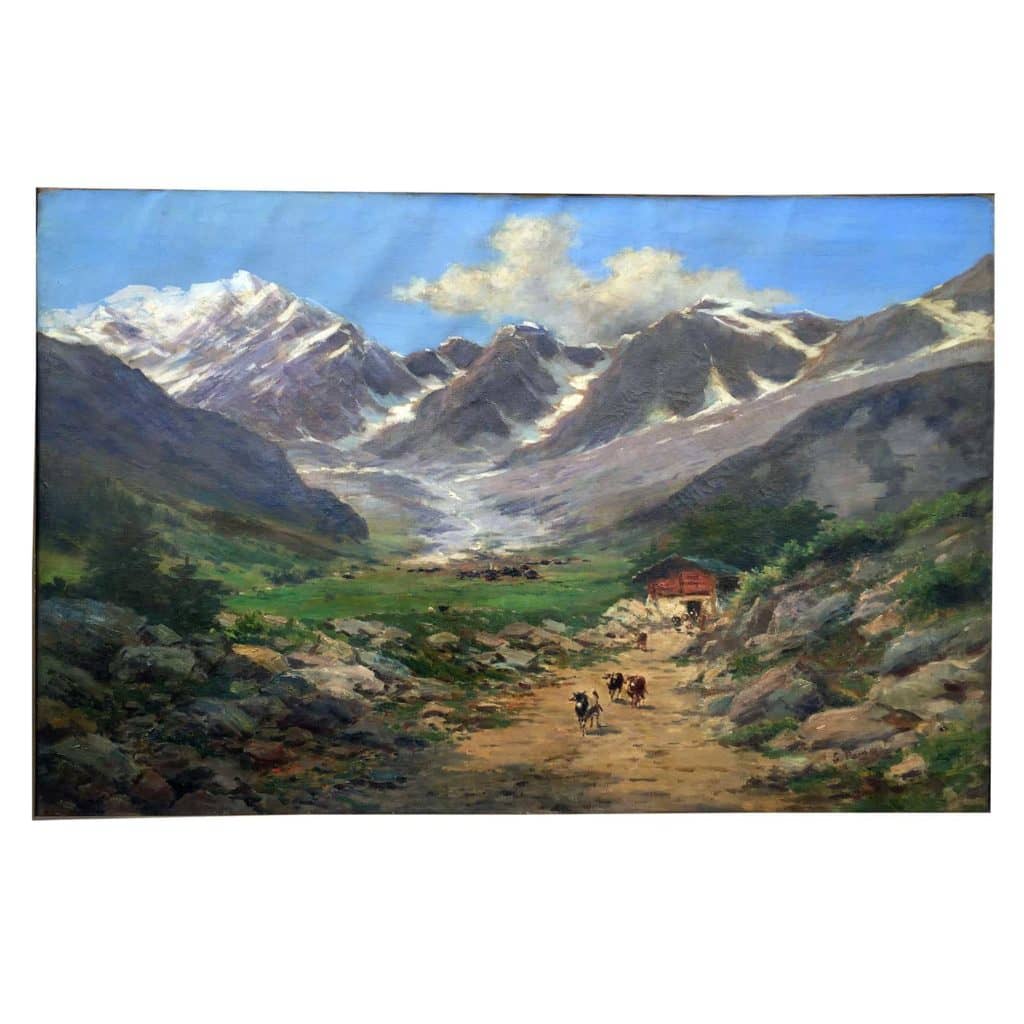 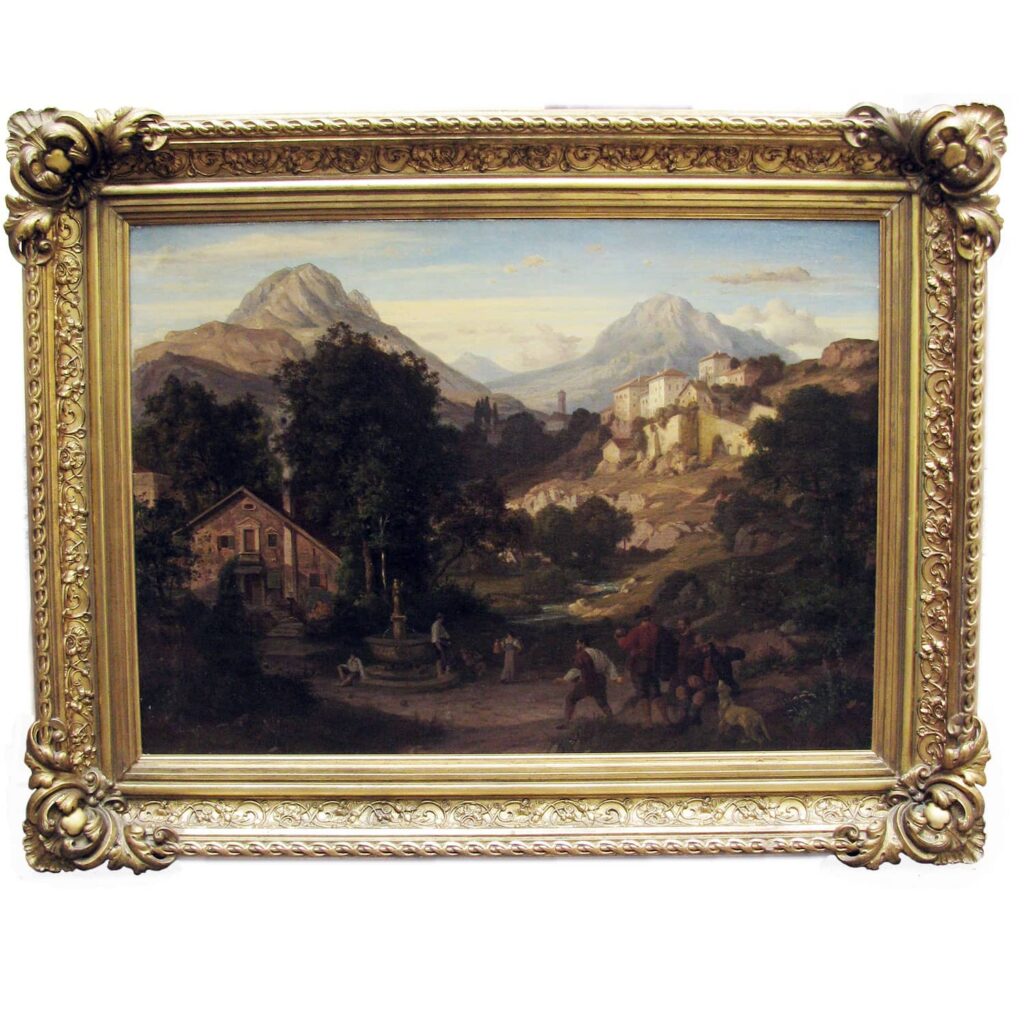 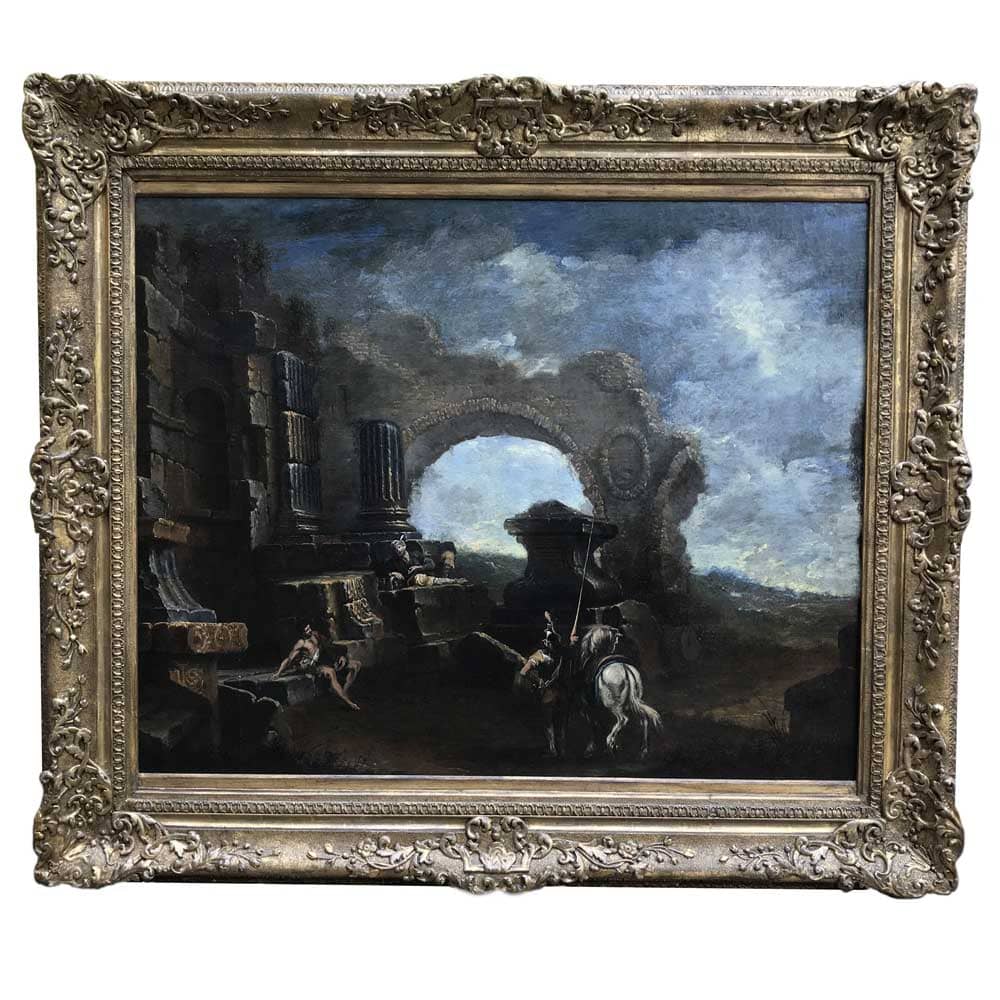