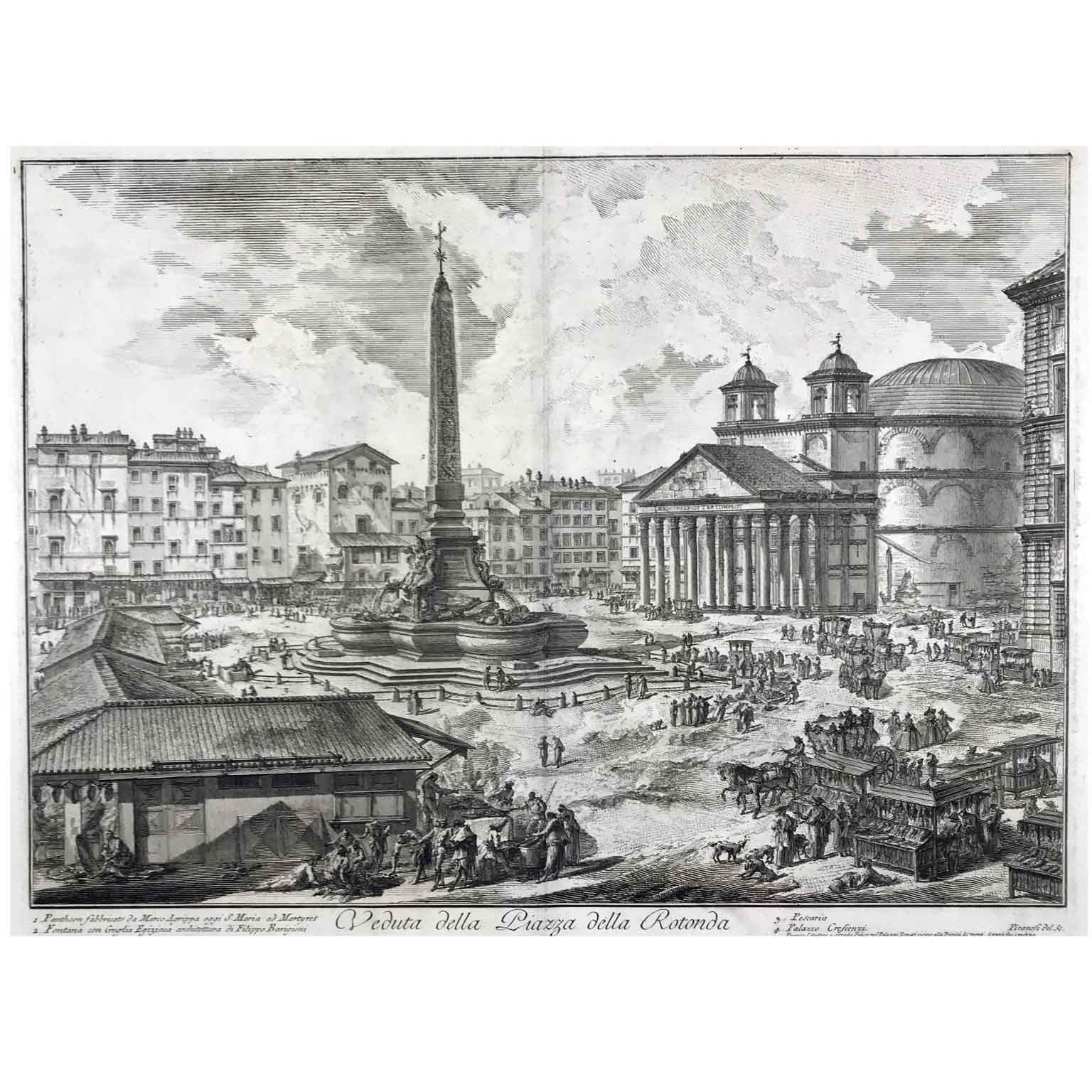 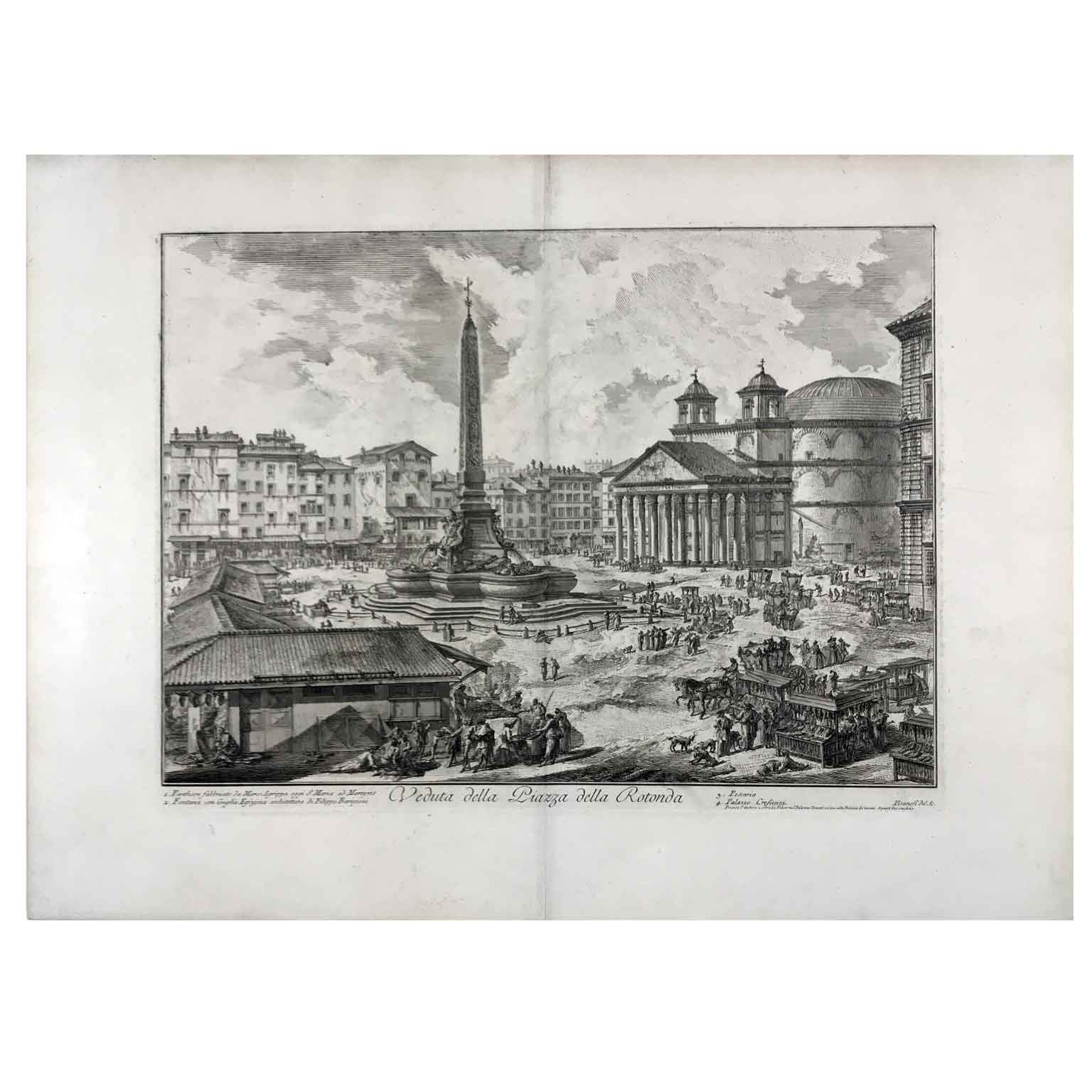 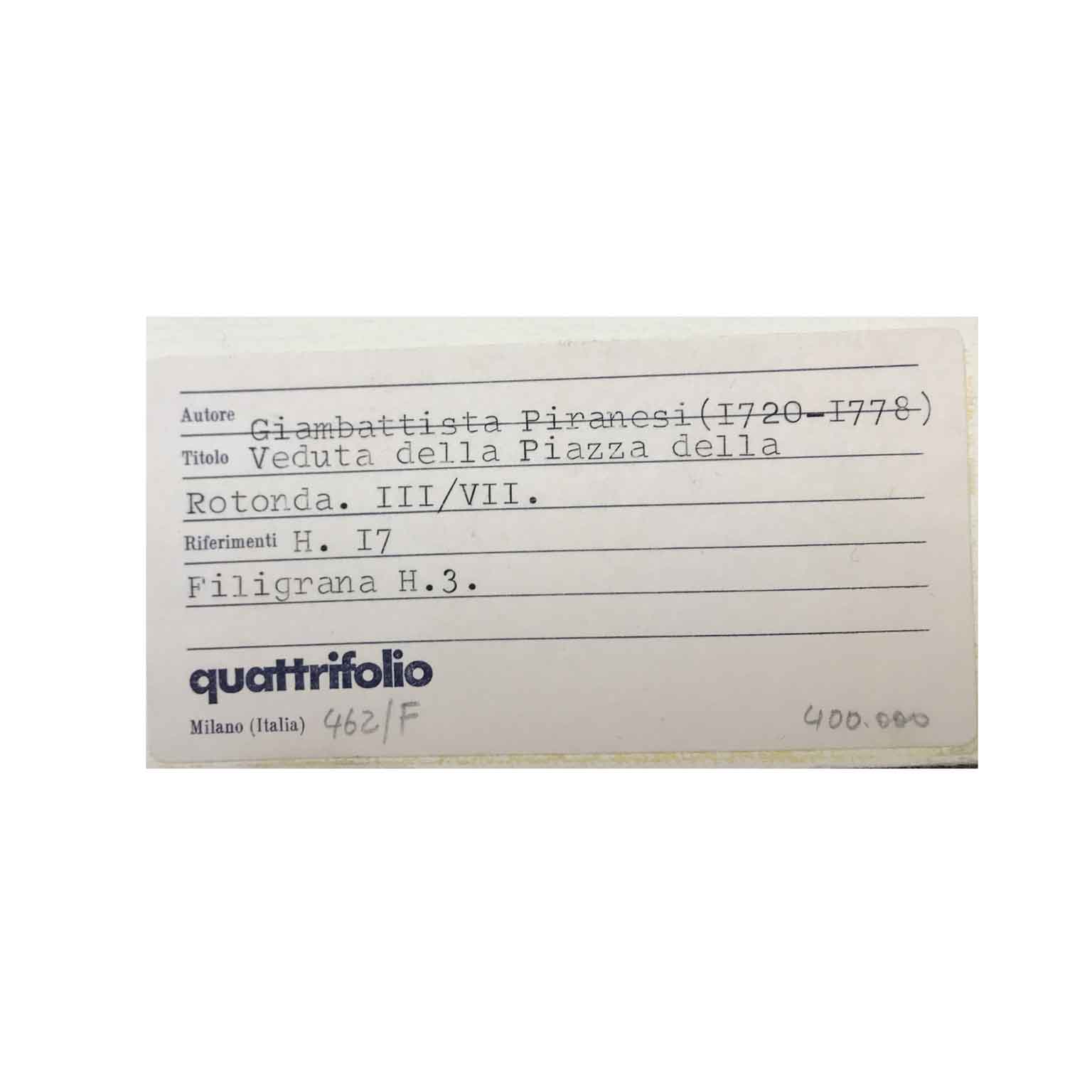 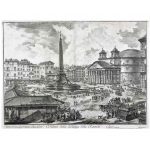 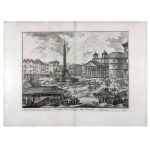 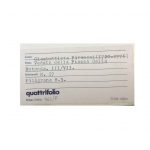 An original Italian etching by Giovanni Battista Piranesi, Veduta della Piazza della Rotonda, depicting a view of Rotonda square in Rome, the Pantheon, the Obelisk fountain and the market scene in the square.
The copper engraving part measures 40,5 X 55 cm, whereas the paper folio measures 54 x 73 cm x 1 mm and it is unframed. In good condition.
This superb copper engraving of 1751, exemplary in the third state of seven, Roman edition is in good age related condition.
Period: 1751 – third state of seven, Hind 17.

Giovanni Battista Piranesi ( 1720 -1778 ) was a printmaker, draughtsman, art theorist and architect. One of the greatest printmakers of the eighteenth century Piranesi’s many varied series of Roman architecture, ancient Roman and Baroque prisons and fantastical architectural interpretations had a great influence on many of the movements in art including Neo-Classicism, Romanticism and Surrealism. He was a technical master in the art of drawing and intaglio printing and his works are in some of the greatest museums and private collections all over the world. 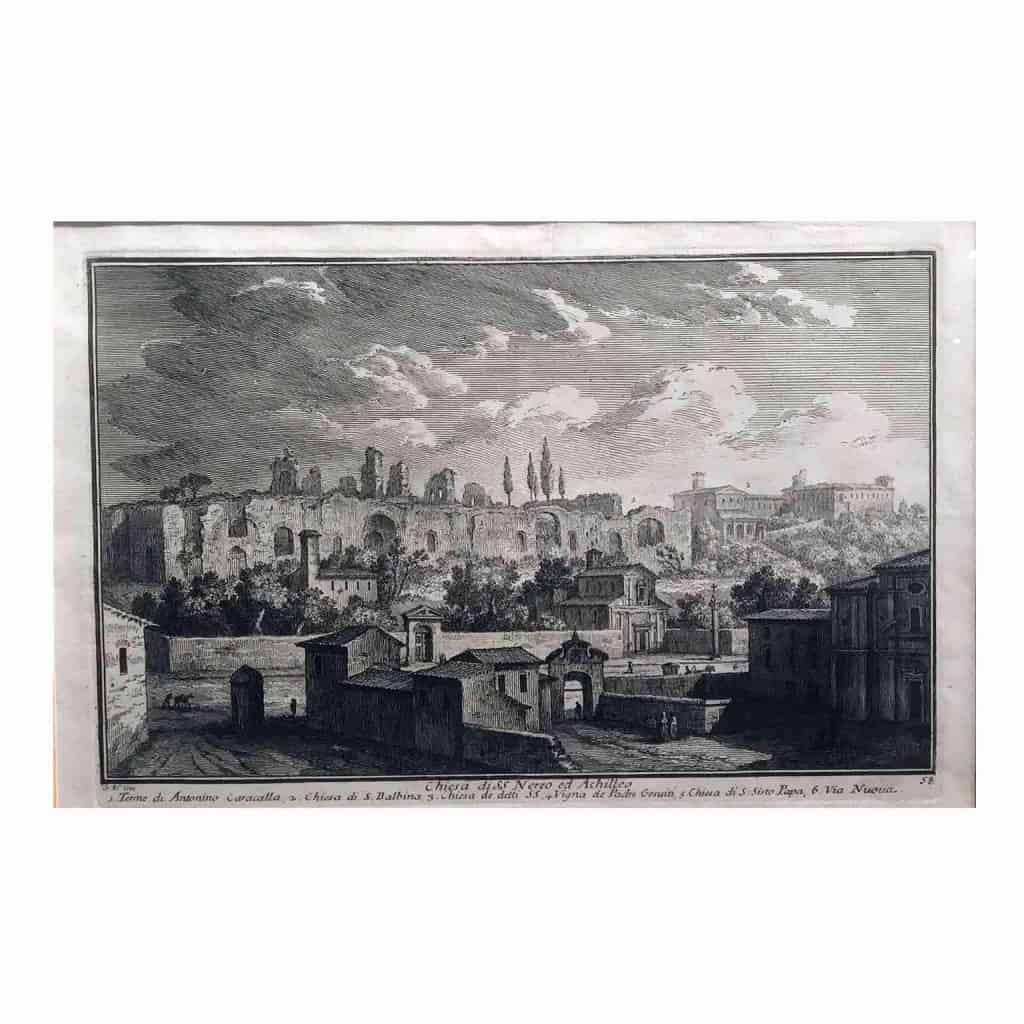 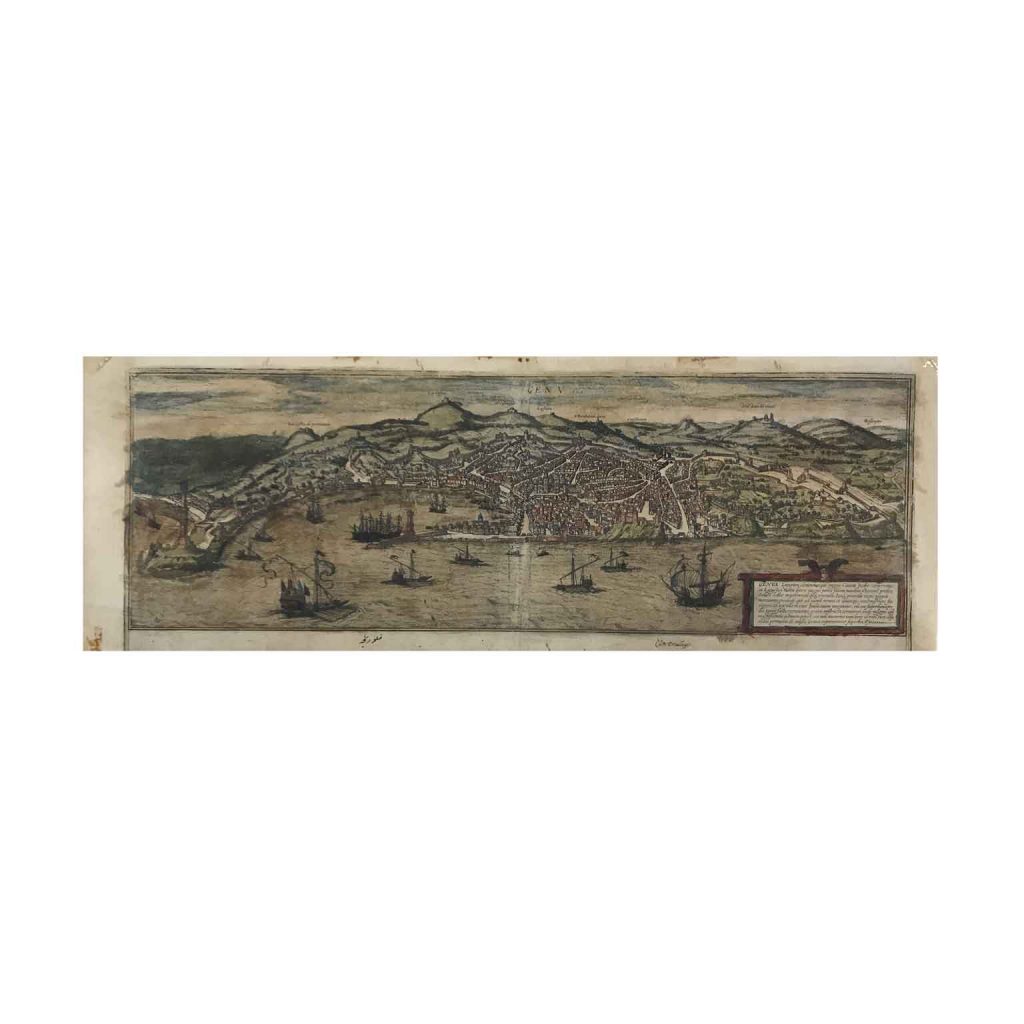 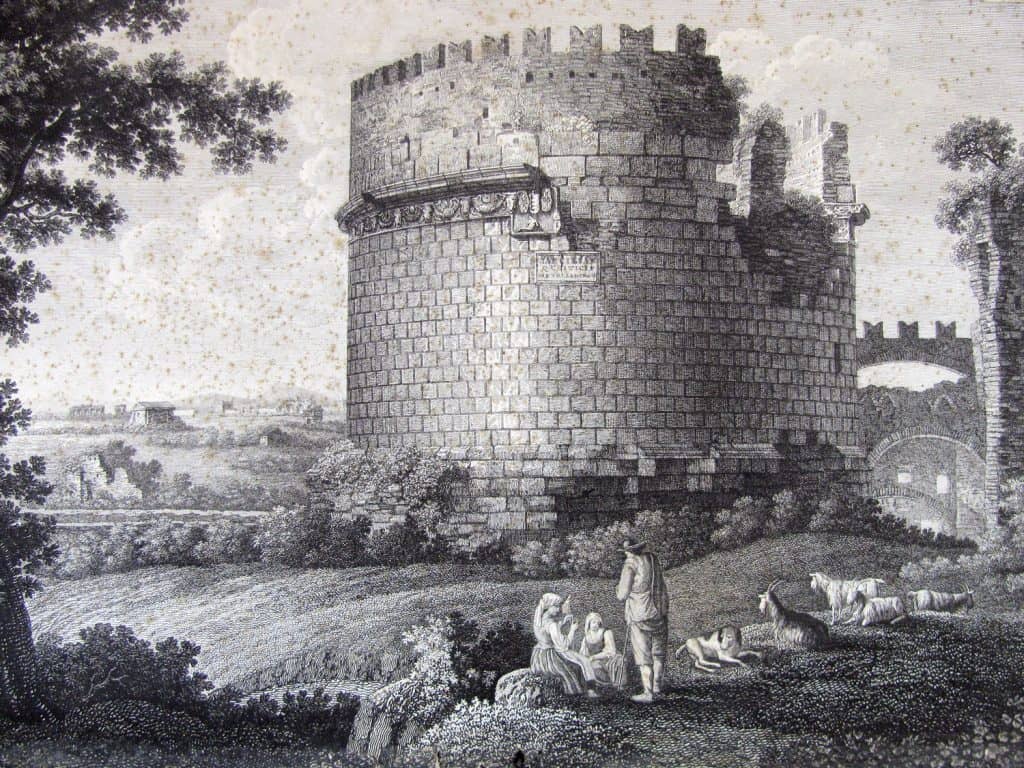