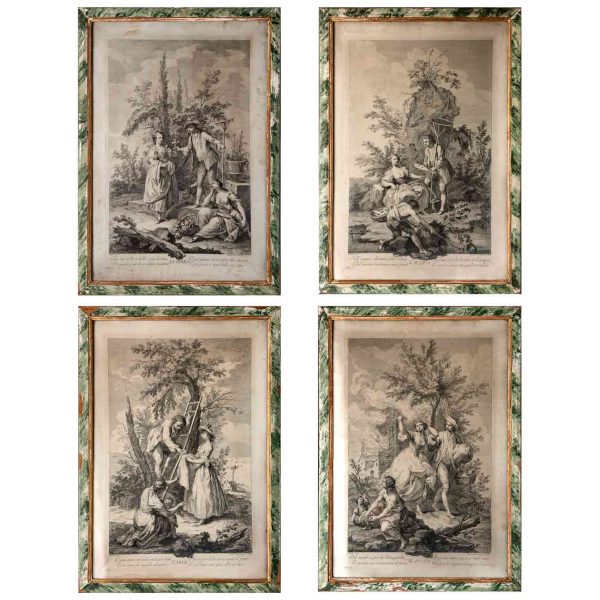 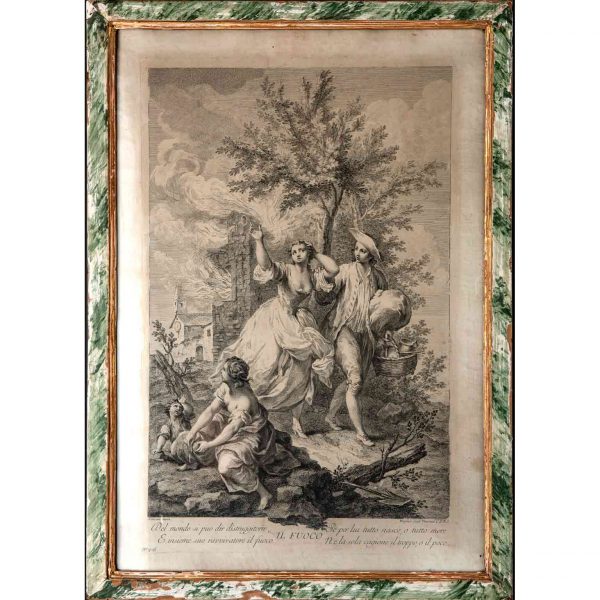 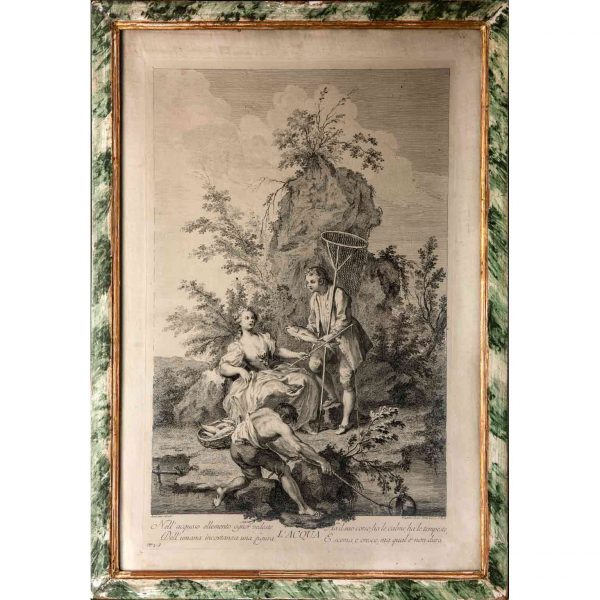 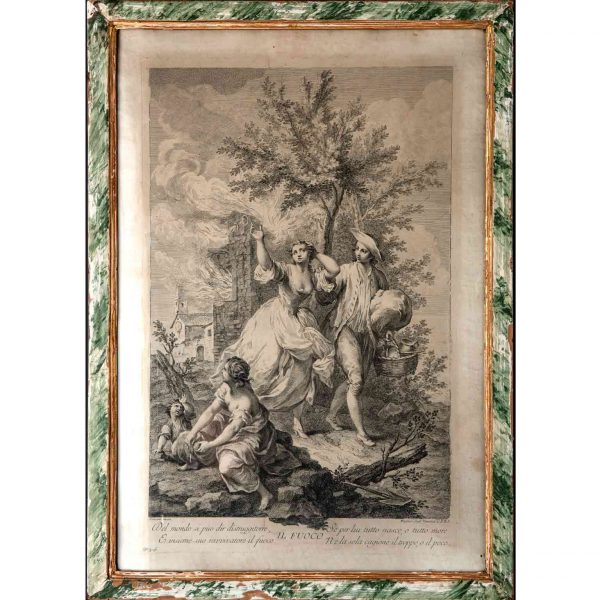 A rare set of four engravings, four scenes with romantic figures representing the Four Elements after Jacapo Amiconi: a gardner presenting a woman with flowers for Earth; a couple removing a bird’s nest from a tree for Air; Figures  fleeing a burning house for Fire; and anglers for Water. Jacopo Amigoni (c. 1682-1752), a Venetian painter, lived in England between 1729-39 and attempted to set up a print shop with Joseph Wagner before both returned to Venice. Patronised by Queen Caroline (wife of George II) he is credited with introducing Venetian rococo to British royal portraiture.

Wishlist
Email to a friend
SKU: A360 Categories: Landscapes, Prints