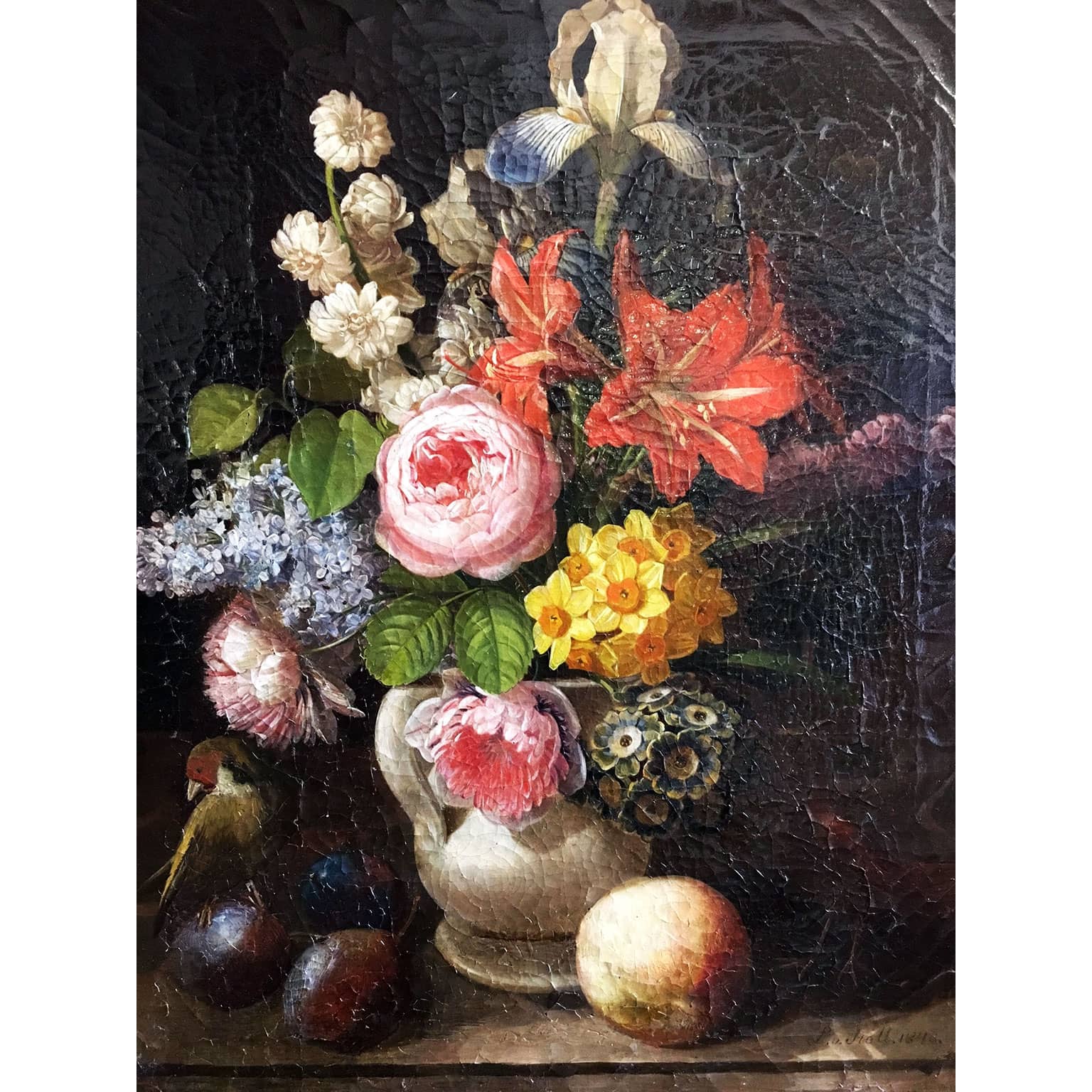 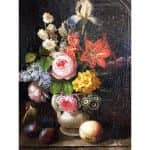 It is a first and original canvas painting showing a consistent, charming craquelure. It is in good age related condition.

Framed, this antique painting comes from a private collection of Milan.

The work depicts a bouquet of polychrome flowers, pink peonies, yellow rags, dalias, red lilies, irises within a white pottery jug placed over a table. On this stand, on the proscenio we find a peach, two plums and two birds. The painting is made of shiny colors, extraordinary care of details.
It might seem a casual composition but it is wisely balanced, mixing natural elements, such as peach and plums, with an inanimate cold pottery vase. The still life is illuminated by a light from above which plays on the chiaroscuro, through the wise study of shadows, determines the almost physical consistency of the fruit on the proscenio, while the two birds at the sides of the pot almost just glimpse .
Leopold von Stoll was born in 1808 in the Netherlands. In 1828, he was active in Cracow and Warsaw, and, from 1830 to 1834 lived in St. Petersburg, where he held a job of a flower painter at the Imperial Botanical Garden. In 1834, he came to Vienna and consequently gained there much popularity as a still-life (flower, fruits) artist. From 1834 to 1869, he regularly participated in various exhibitions in that city (at the Academy of Fine Arts, the “Künstlerhaus”, etc.). He died in Vienna in 1889.
Leopold von Stoll works can be admired at the Hermitage in St. Petersburgt, as well as at the Austrian National Gallery “Belvedere” and other Austrian and international museums.