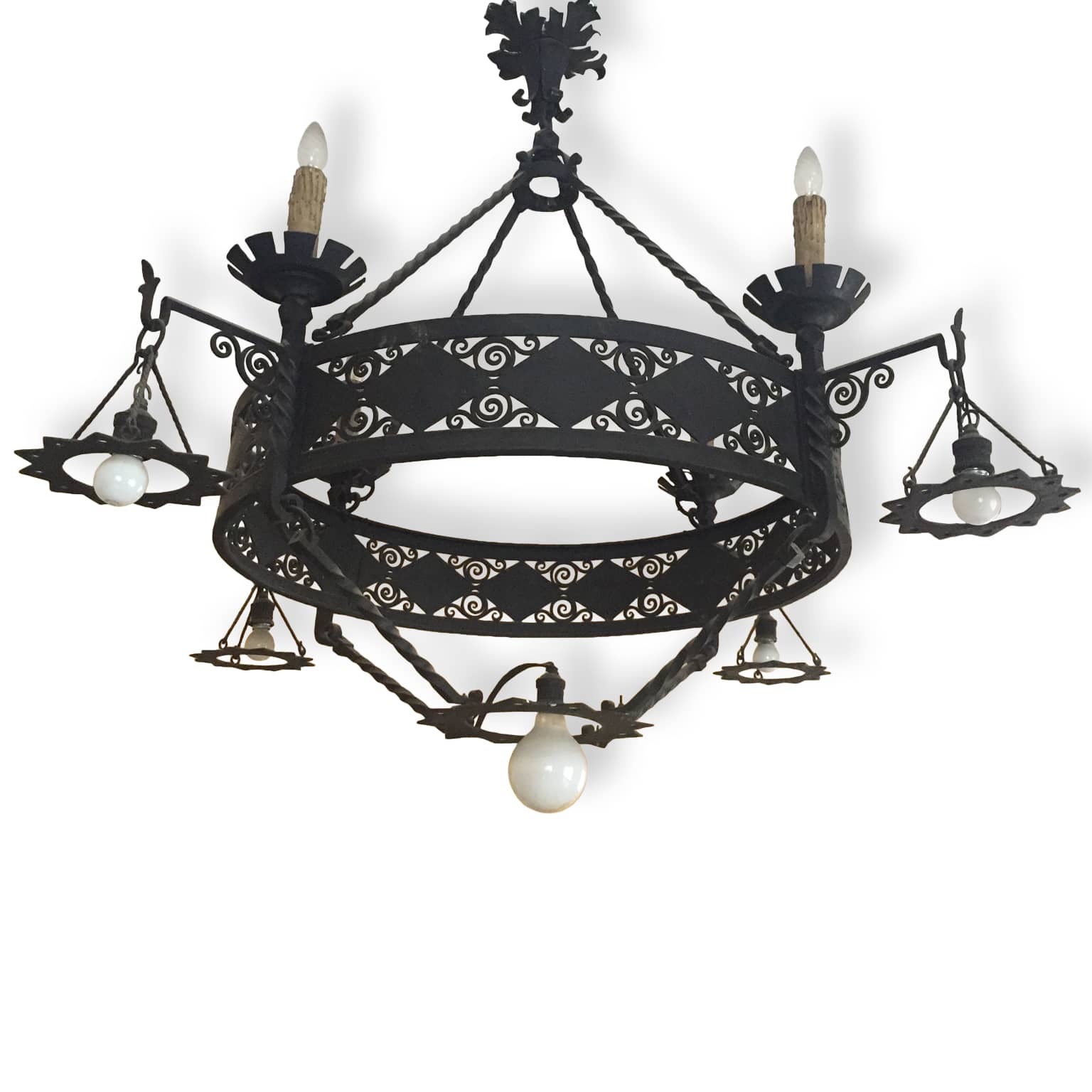 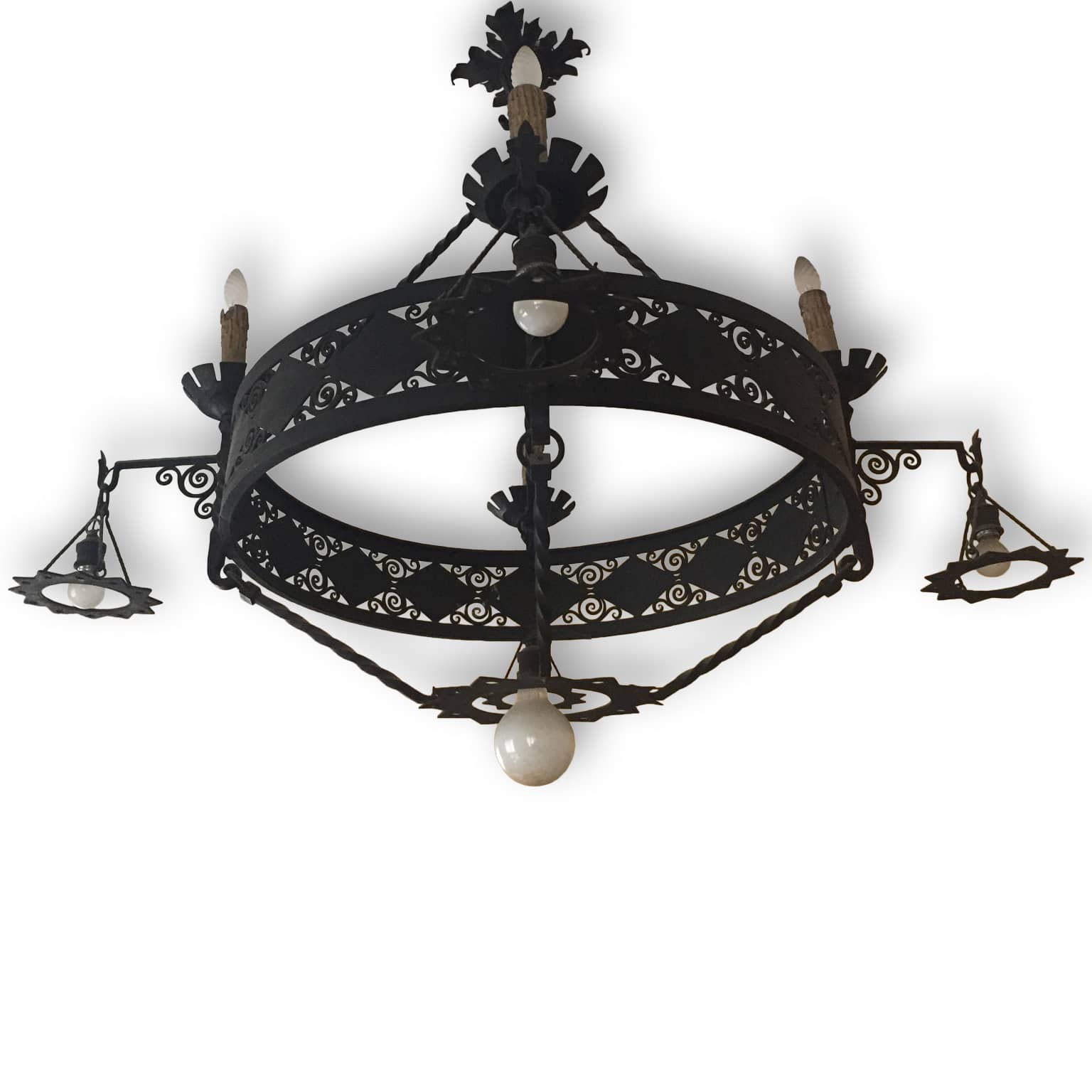 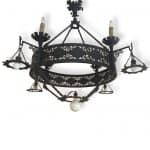 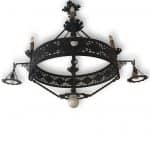 The structure is very original and consists of a large crown decorated with rhombus motifs surrounded by scrolls. The crown is supported by four twisted tubes with square section, connected by a ring at the upper foliate iron cup.

The final element, the lower section of this Liberty iron chandelier ends with a light, E27 light bulb) within an original star shaped iron structure, supported by twisted tubes.