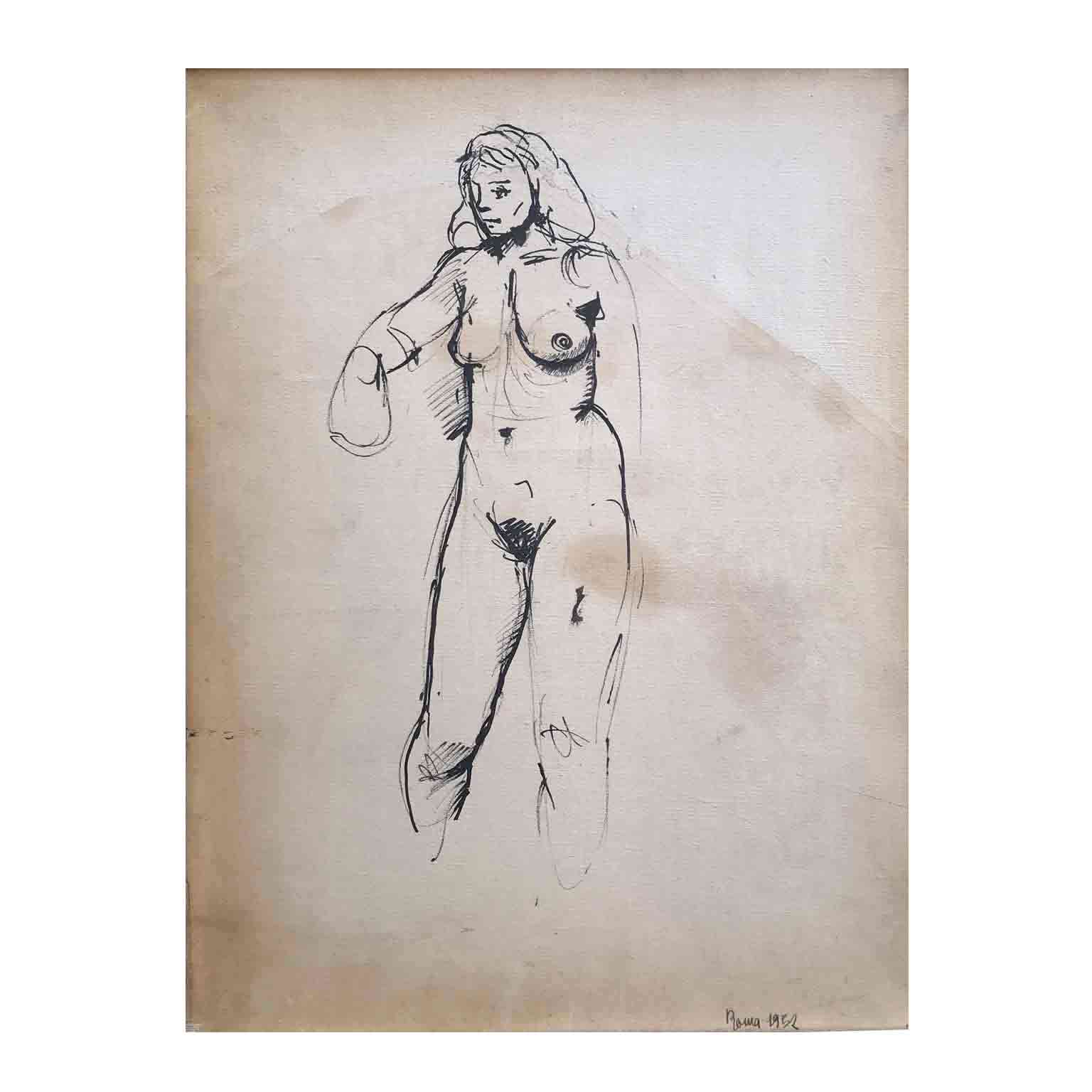 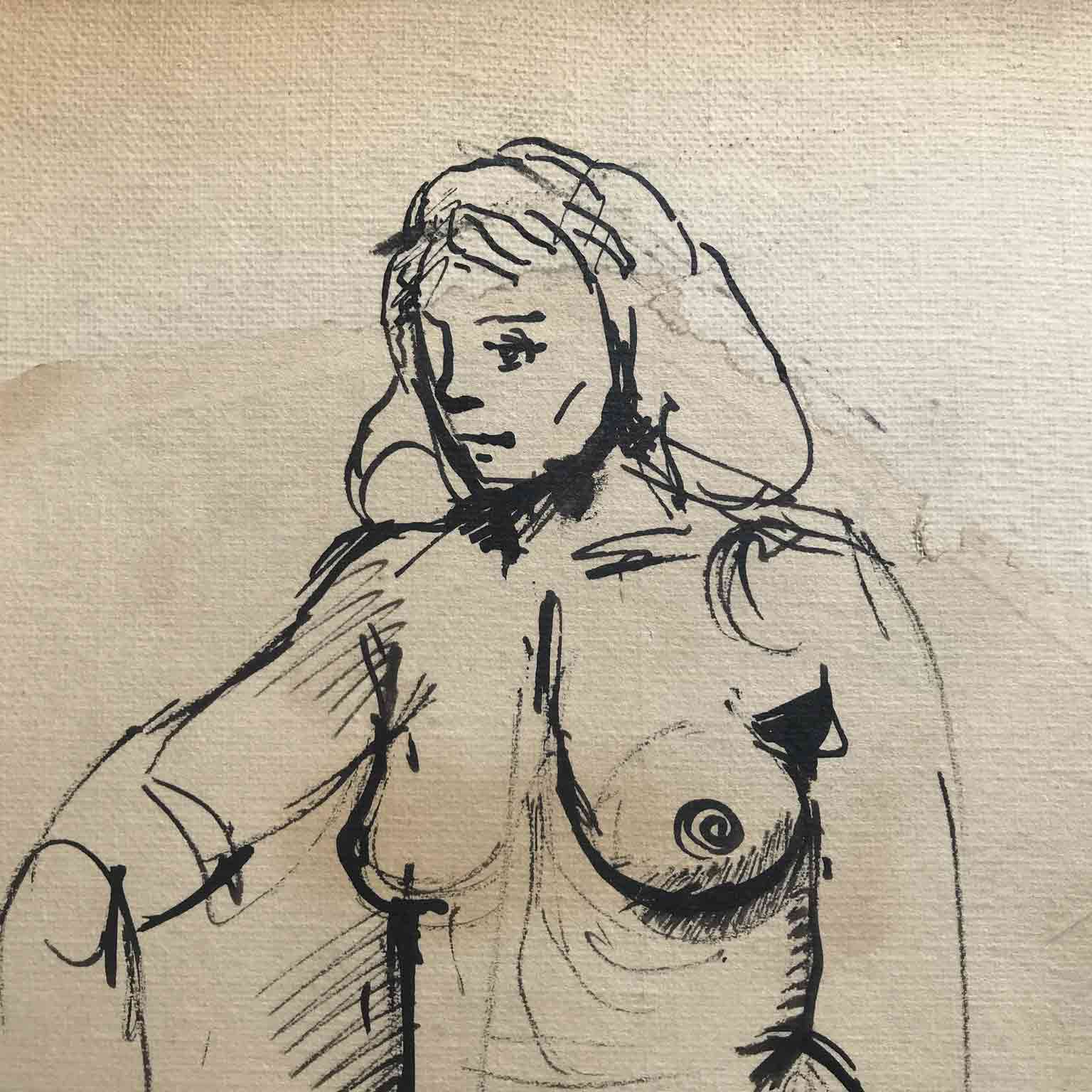 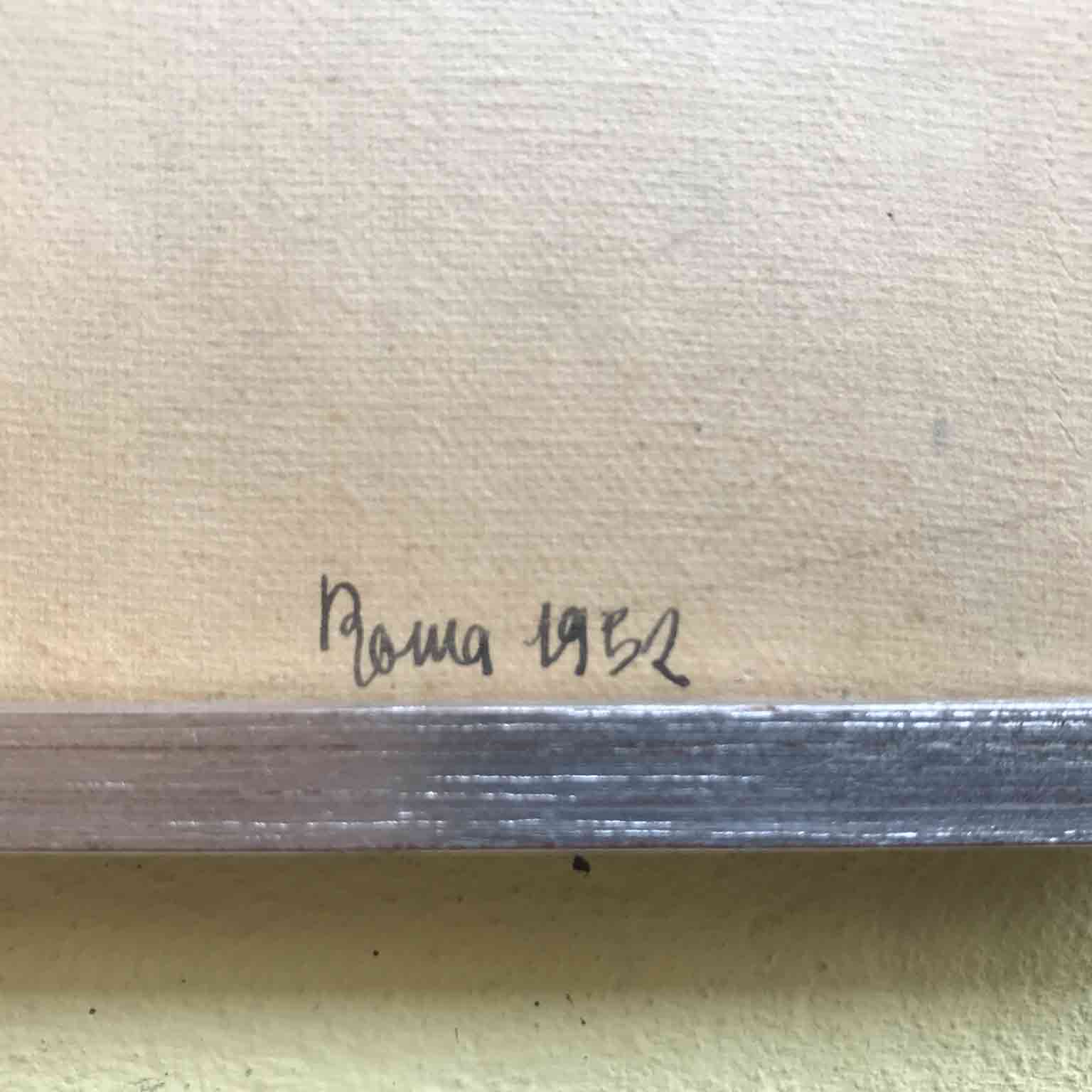 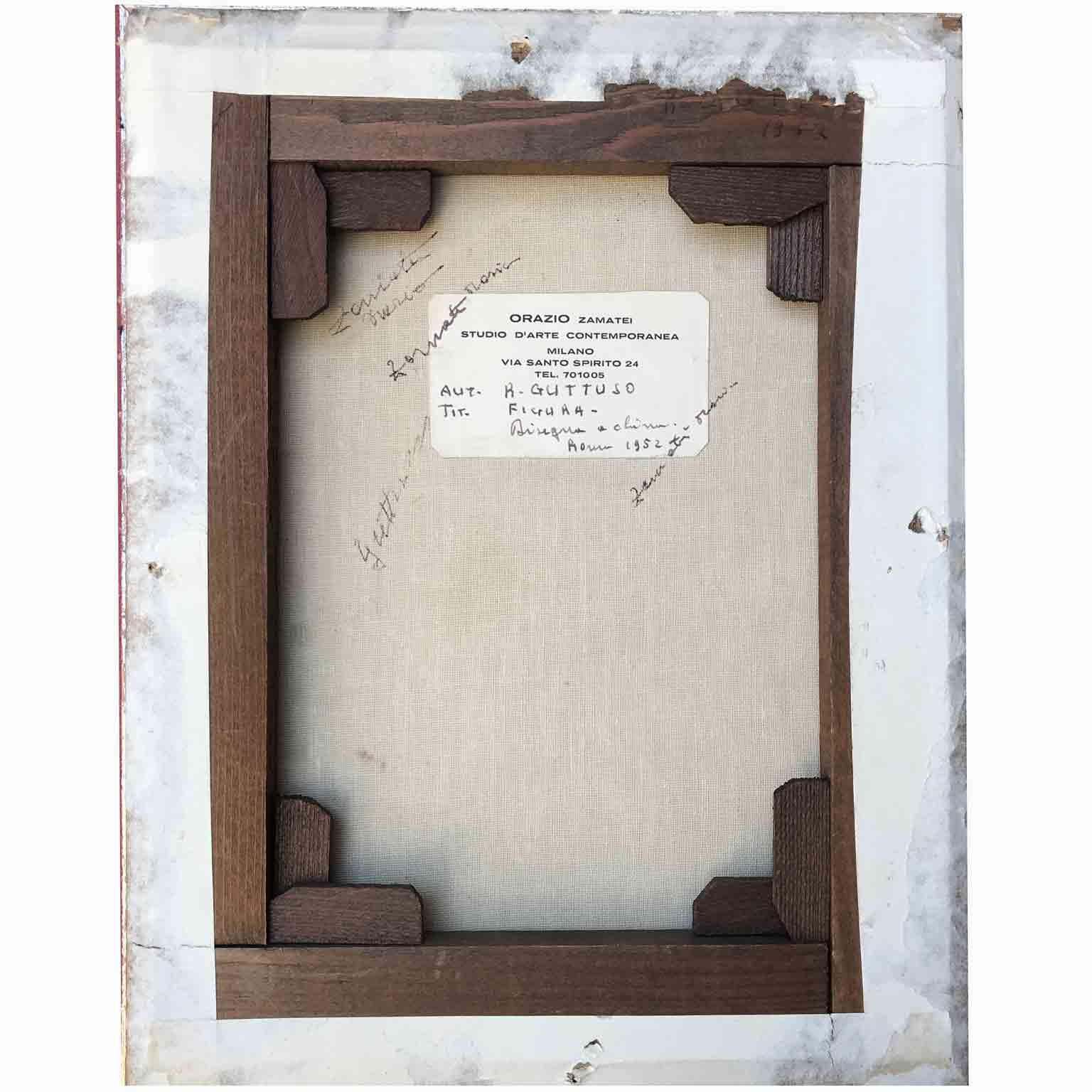 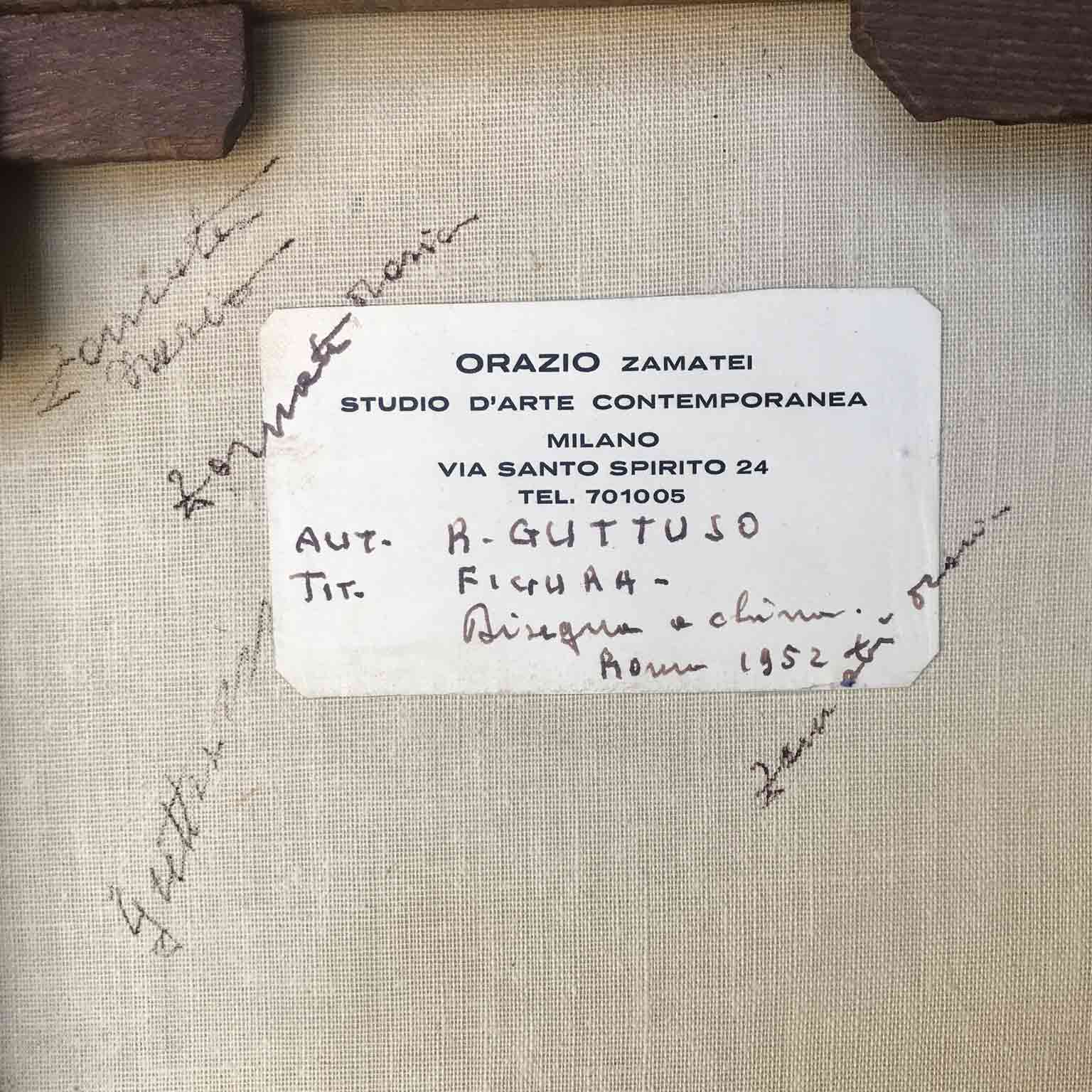 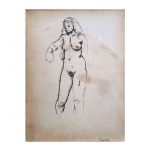 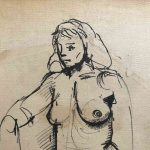 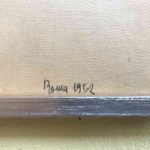 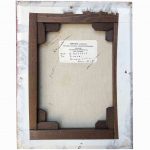 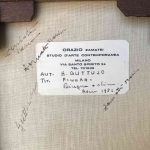 The drawing shows an old restoration in the upper part of the item, due to a tear corresponding to the woman’s hair, which has been integrated and that’s why this item has been relined on canvas and framed.

Set in a silvered wooden frame, under glass and within a grey masonite passe-partout, it comes from a private house of Milan, on the back of the canvas, the label of the contemporary art gallery Orazio Zamatei, active in the fifties in Milano downtown, via Santo Spirito.

Renato Guttuso was an Italian artist known for his association with the Socialist Realism movement popular in the Soviet Union. Born in 1911 in Bagheria, Sicily, he gave up studying law at Palermo University to pursue a career as an artist. Having shown an aptitude for drawing at a young age, his early style reflected the influence of Giorgio de Chirico. The artist went on to exhibit two of his paintings in 1931 at the showcase, Prima Quadriennale d’Arte Nazionale de Roma. Guttuso died January 18, 1987 in Rome at the age of 75.

Today, his works are held in the collections of the Hermitage Museum in St. Petersburg, the Tate Gallery in London, The Museum of Modern Art in New York, and the Palazzo Ruspoli in Rome, among others.