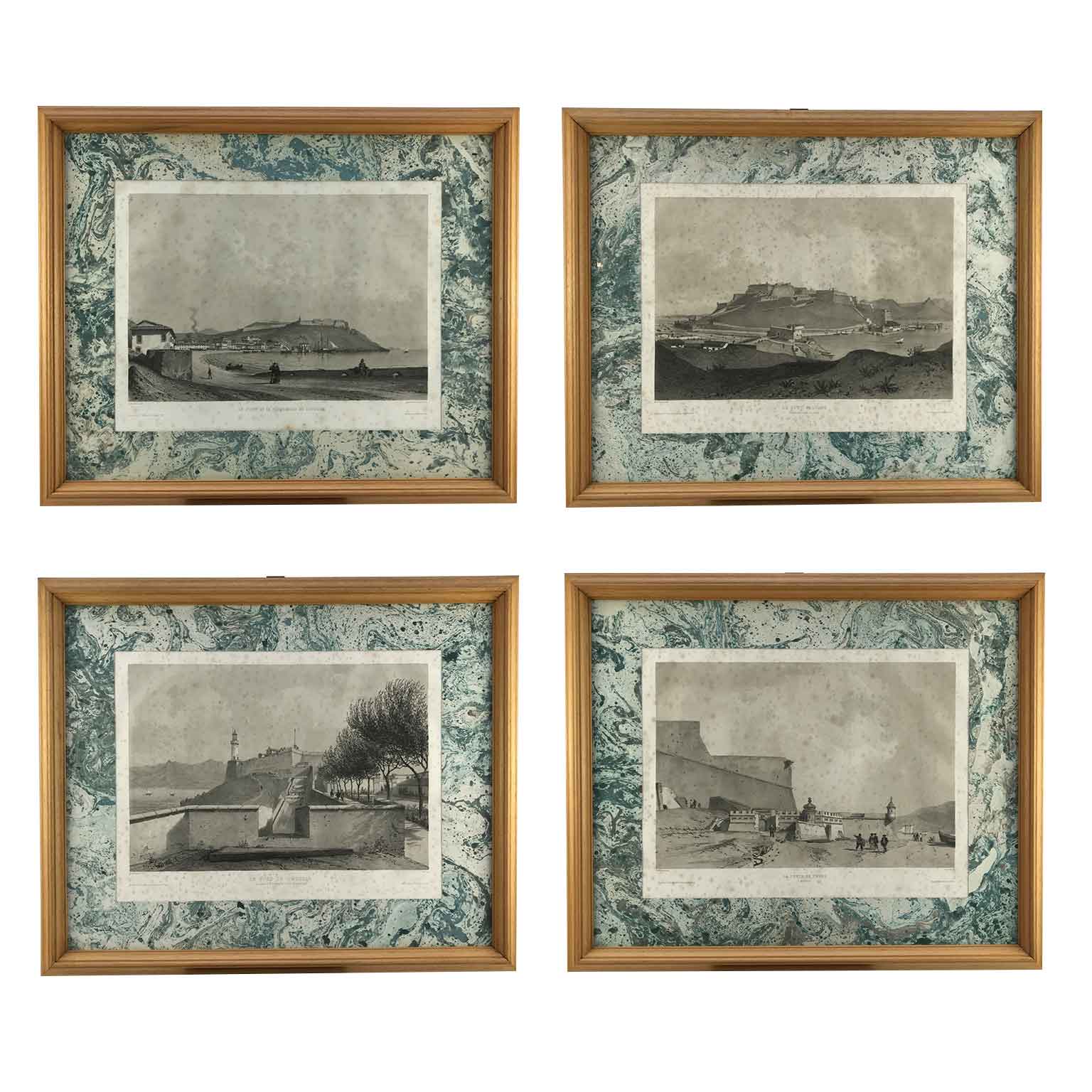 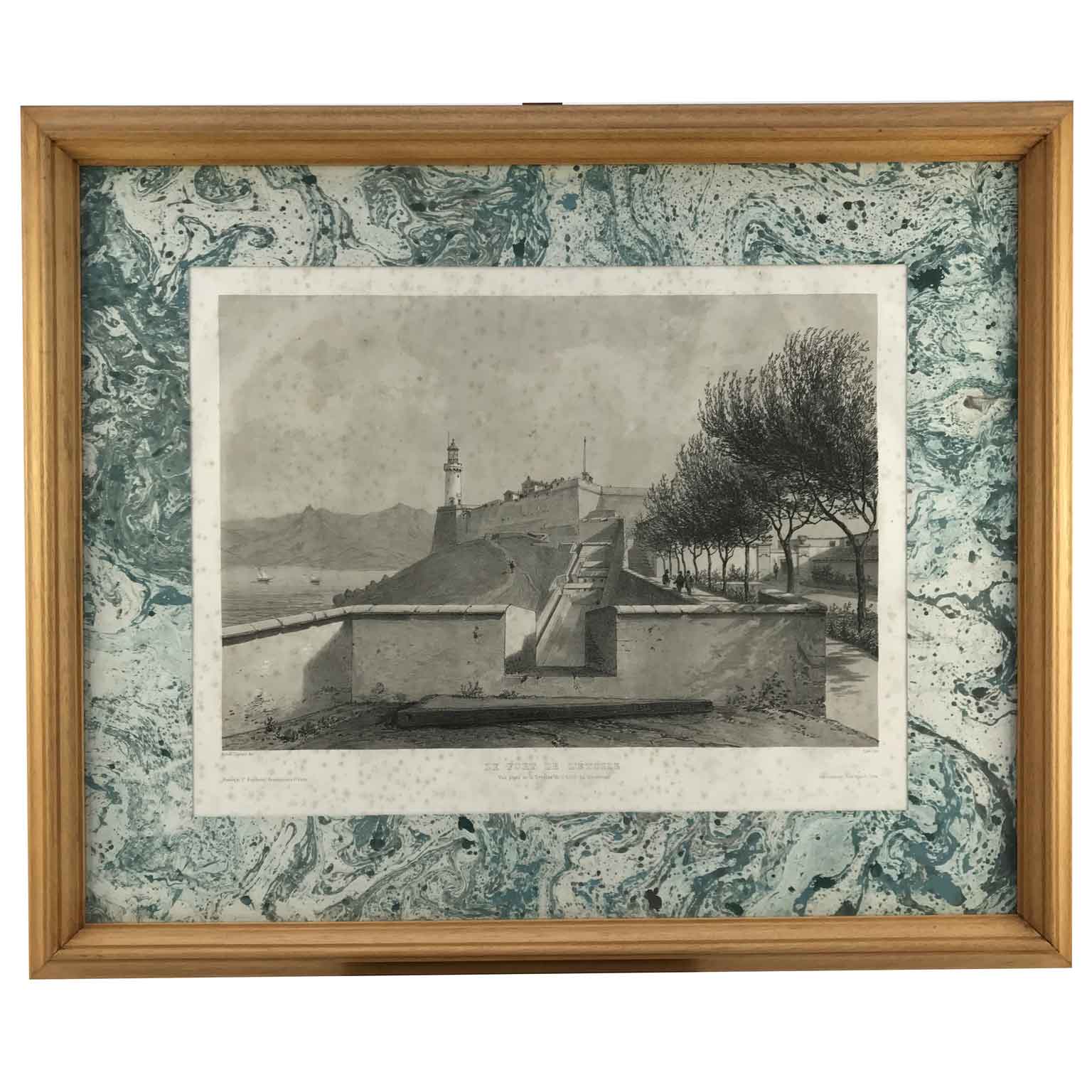 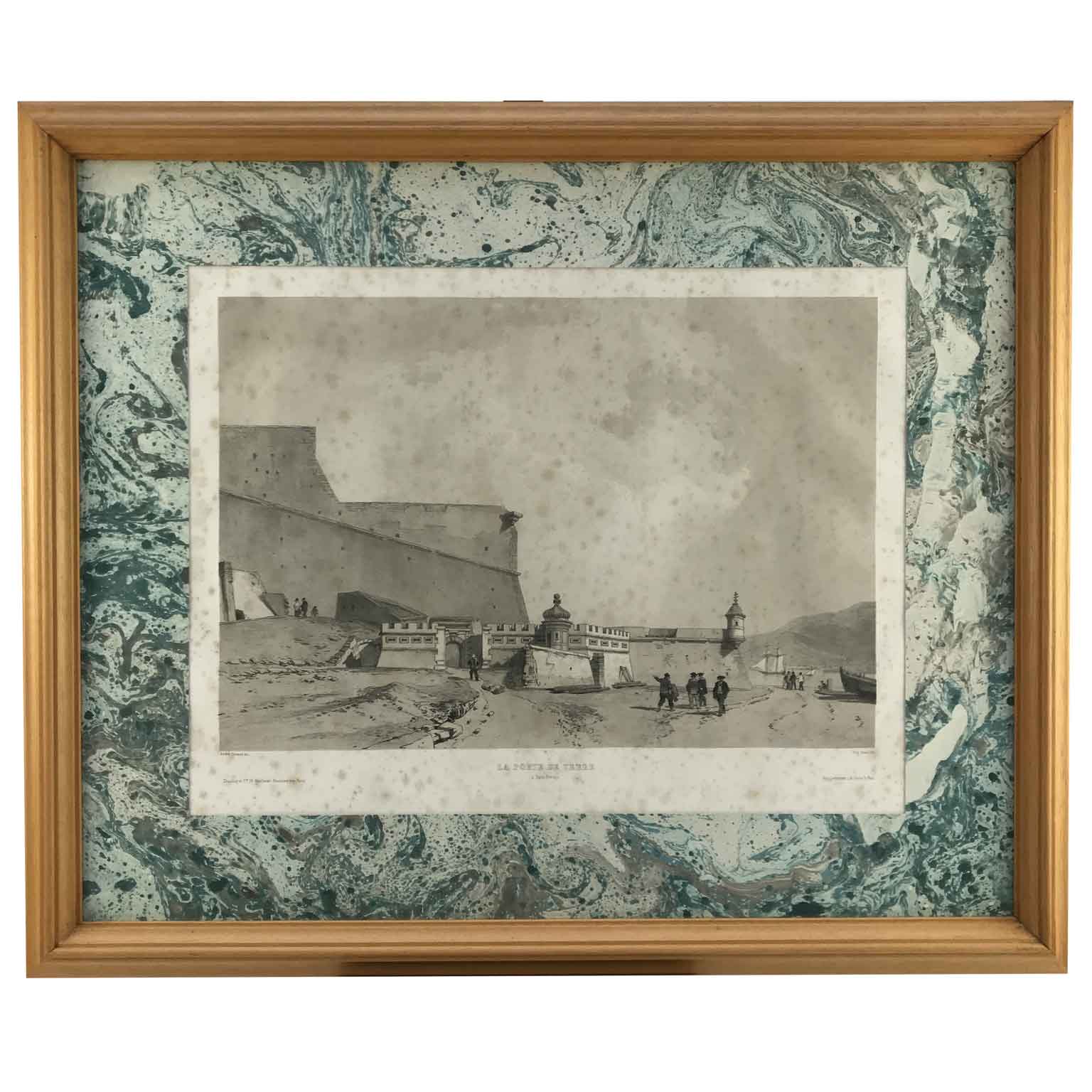 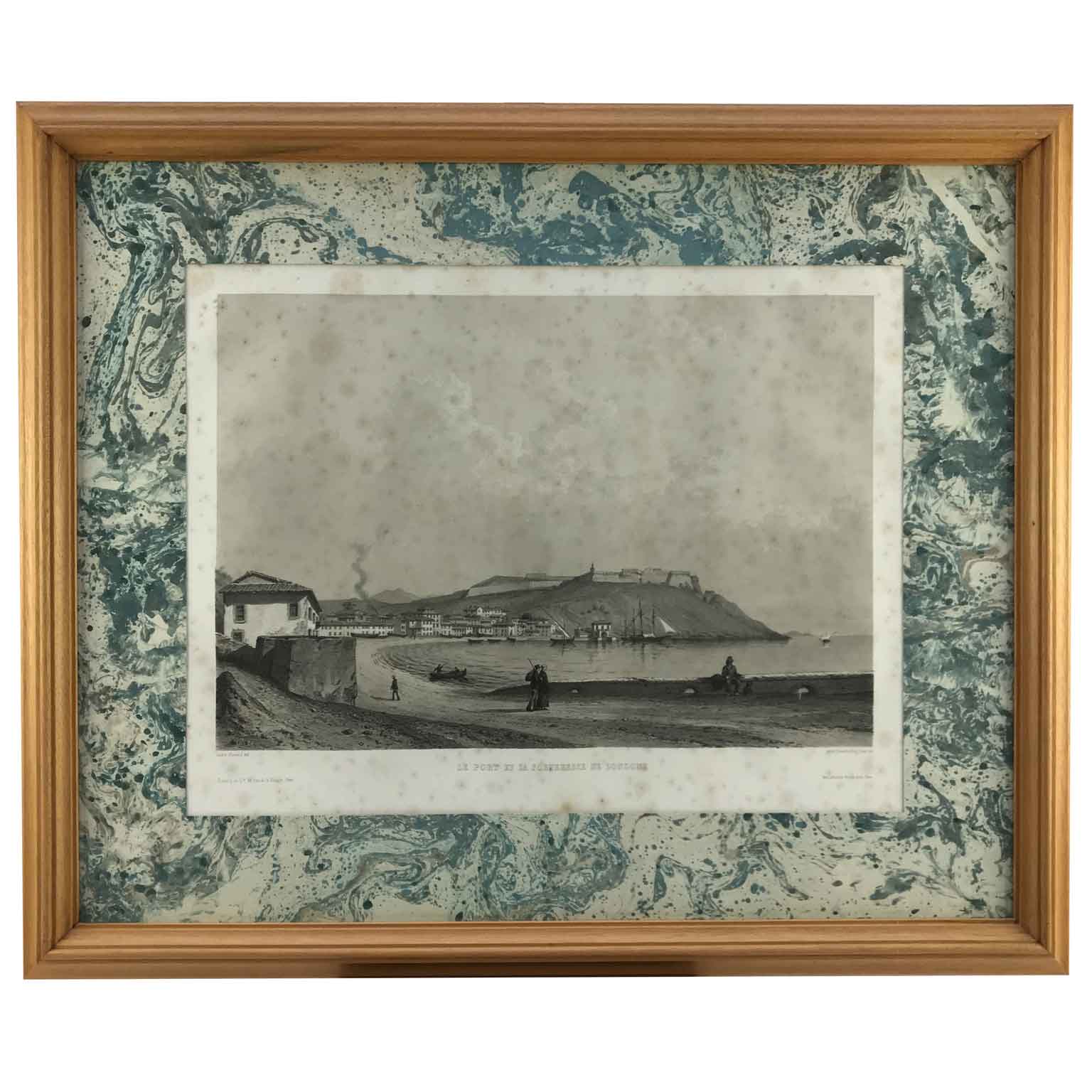 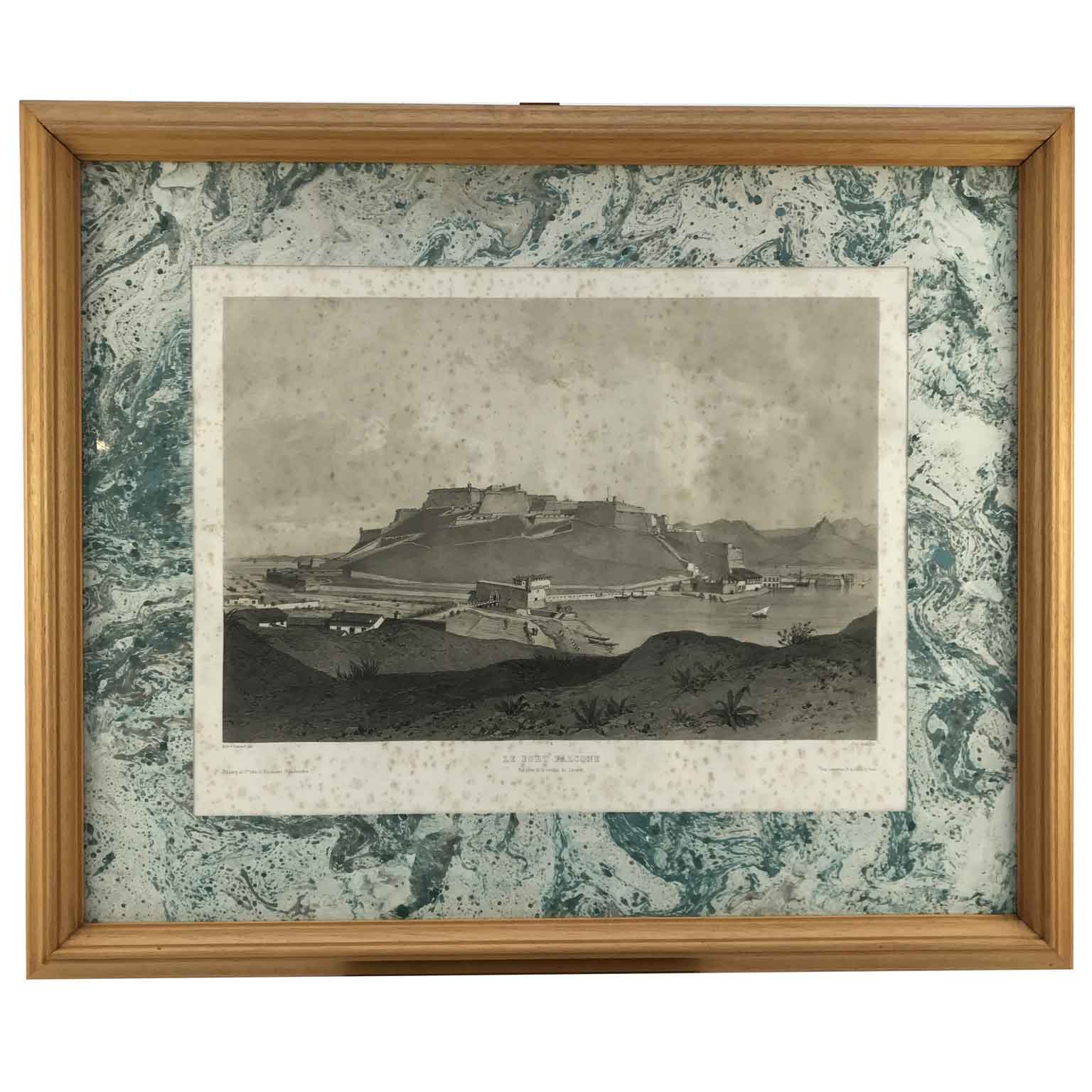 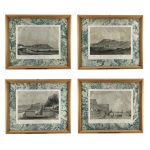 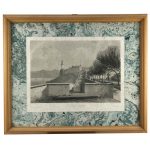 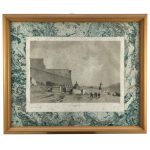 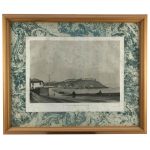 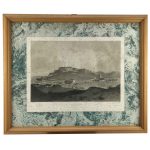 These four prints are framed in an original way with an hand-colored green faux-marble cardboard passe par tout and are set in molded yellow Siena frames.

These artworks come from a private palazzo in Milan, are in good condition, feature some signs of wear such as the age-related process of deterioration that causes spots, stains and browning on old paper.

André Durand, 1807-1867 French painter, lithographer and expert in archeology, financed by the Russian Prince Anatole Demidof, Durand produced for the first time an album of 18 lithographs of picturesque views of Elba Island (in collaboration with Eugène Ciceri).

These are evocative works that show a wild and partly unexplored island. Between them there are exterior views of Portoferraio, Rio Marina, Marciana and also of the Imperial Villa of San Martino with the Napoleonic Museum founded by Prince Demidoff.

Under existing legislation, any artwork in Italy created over 70 years ago requires a governative license for export called Belle Arti. The shipping may require additional 2/3 handling weeks to require and get the license according to the final destination of the artwork.