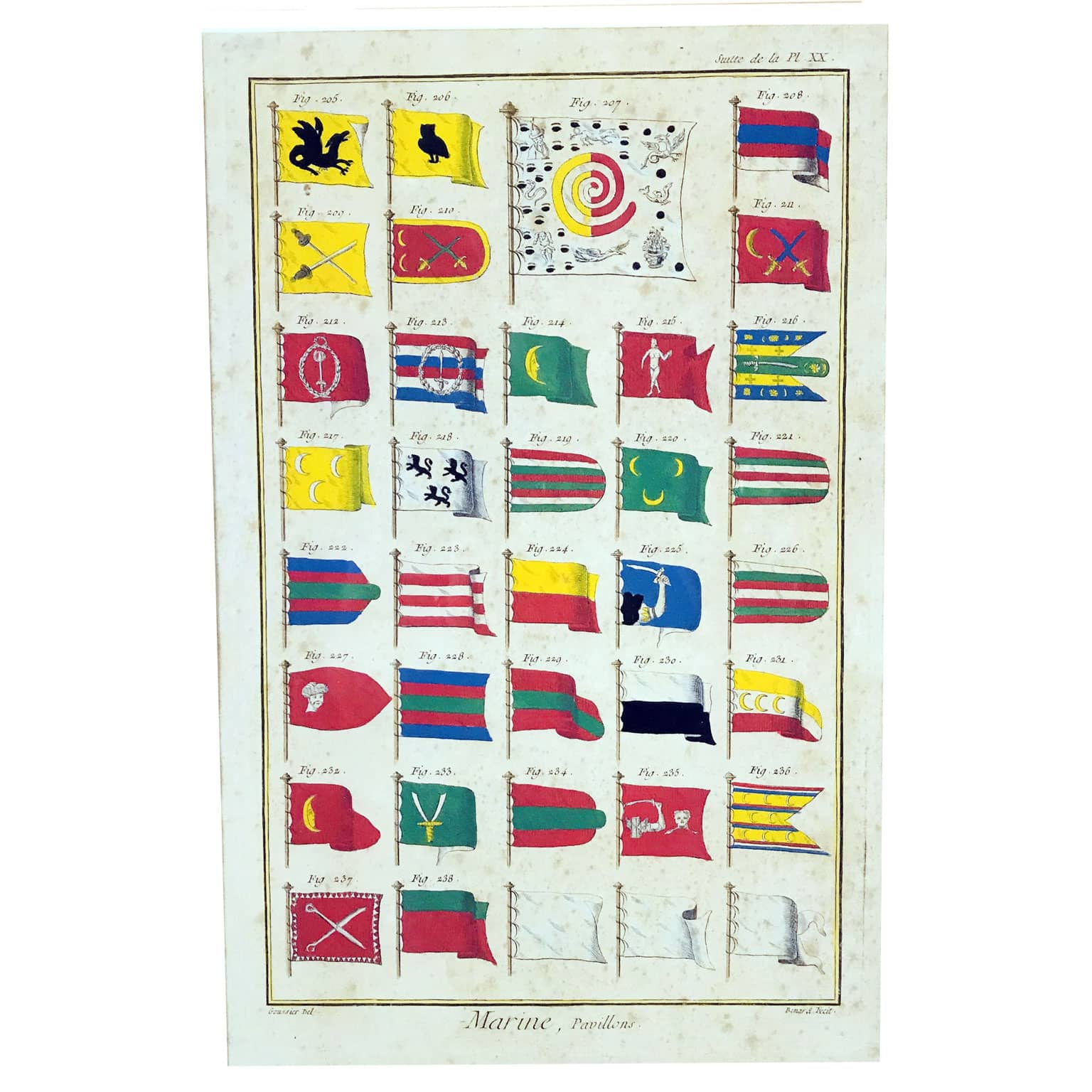 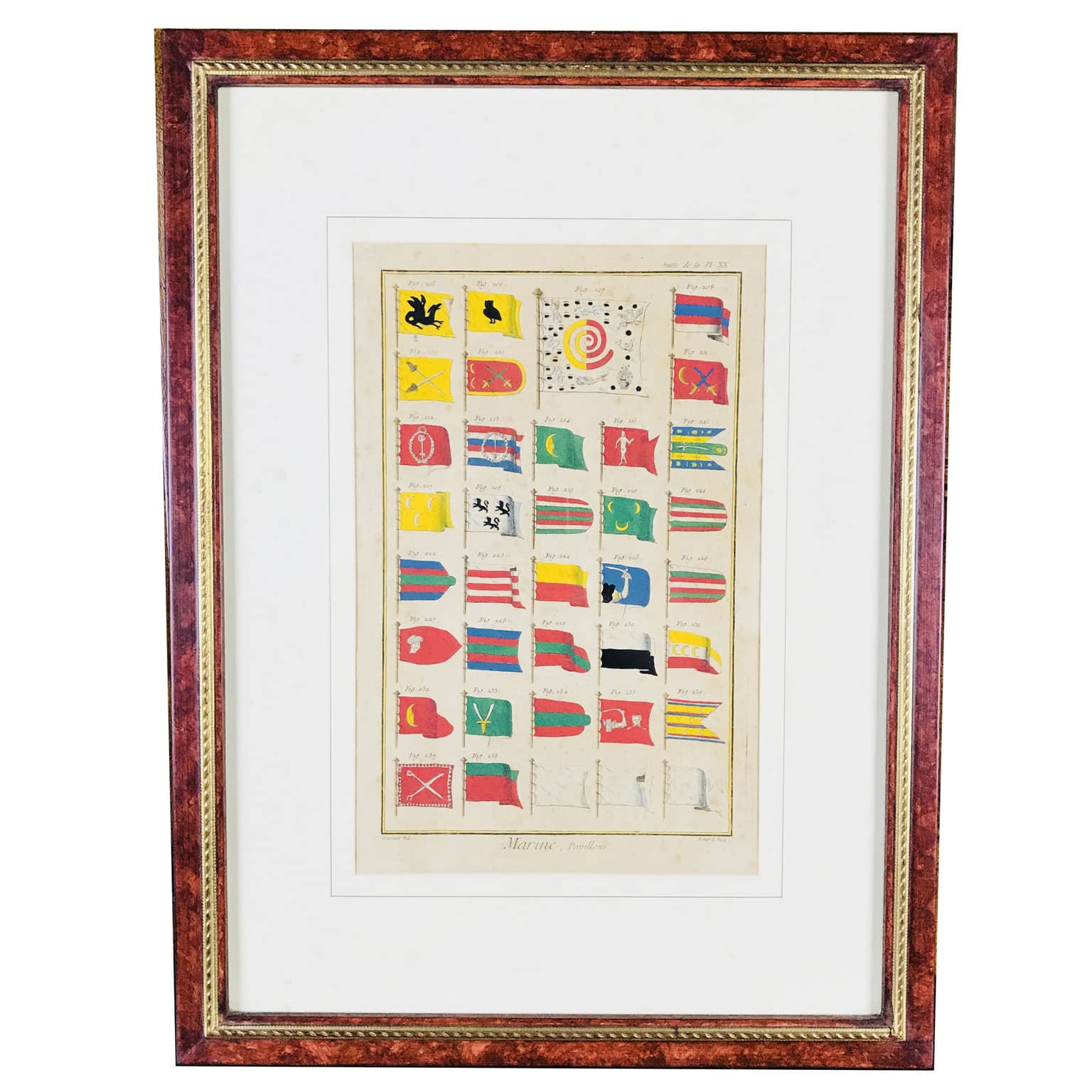 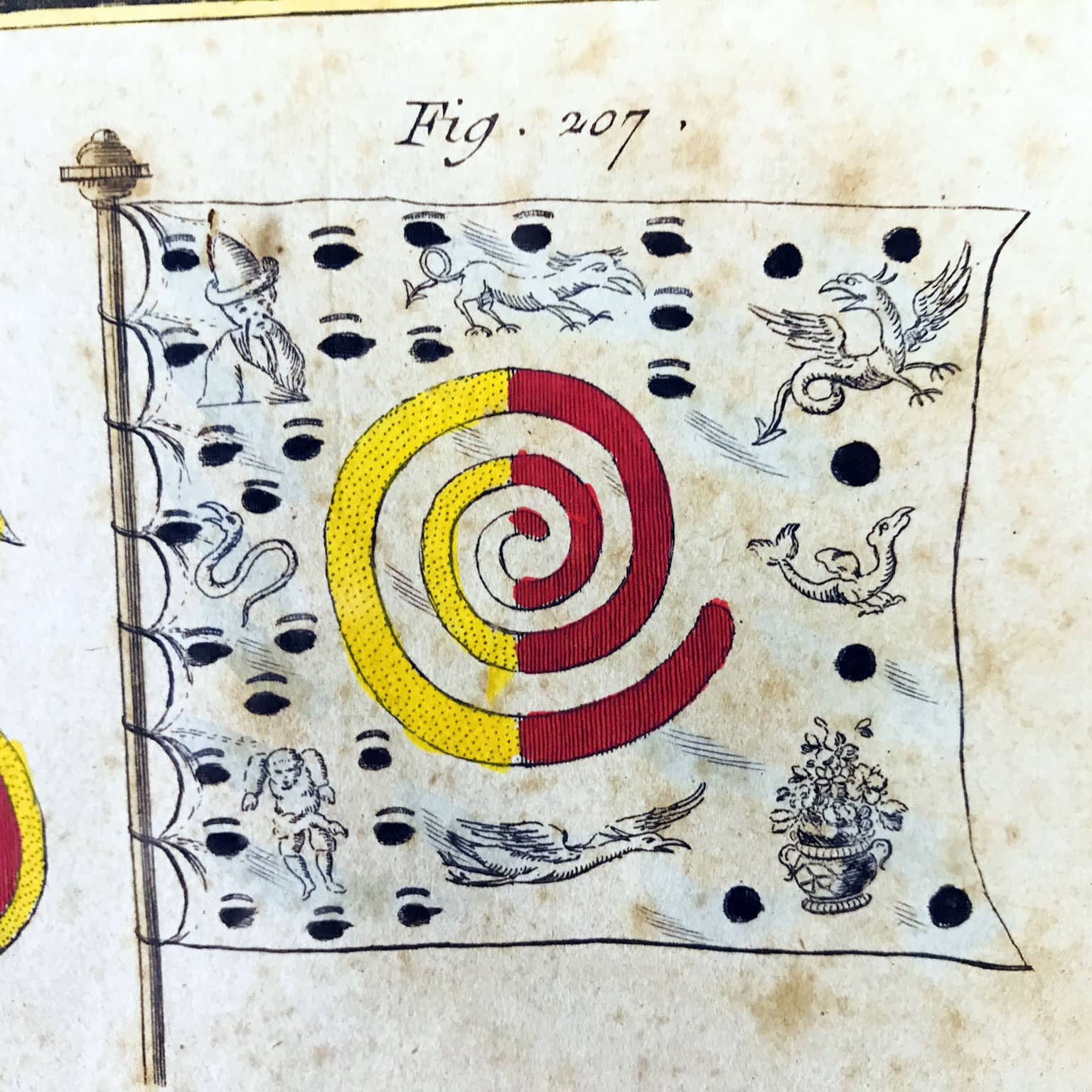 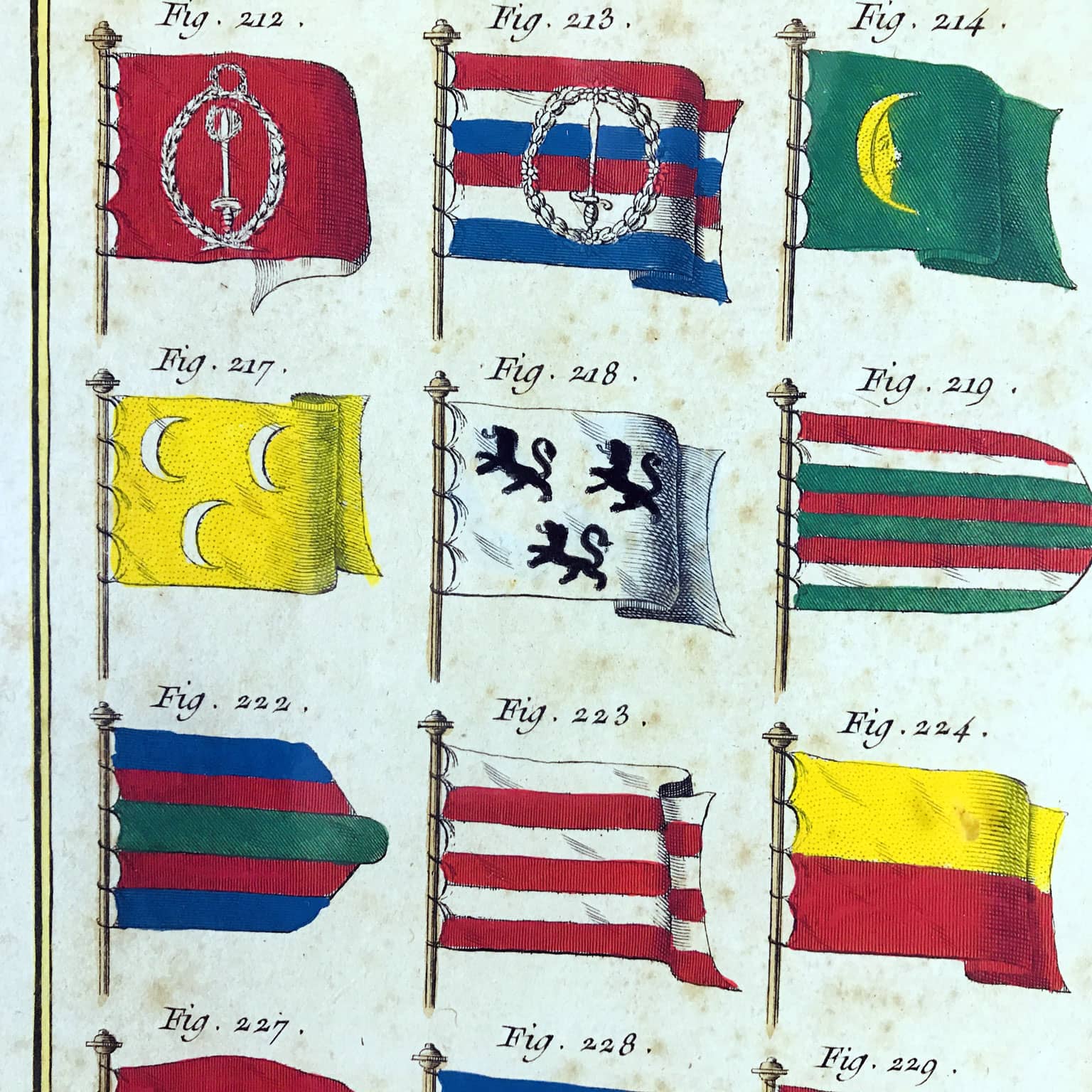 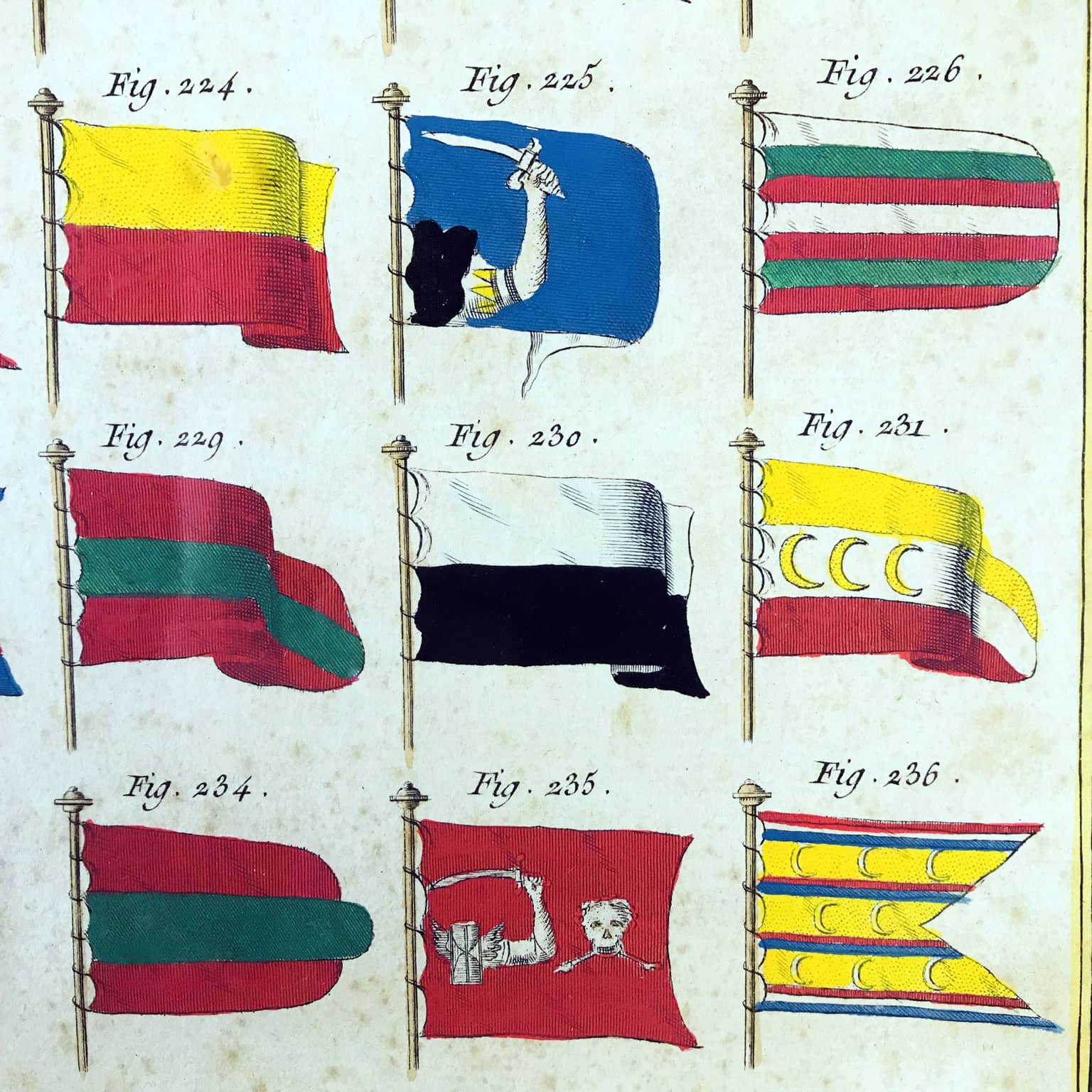 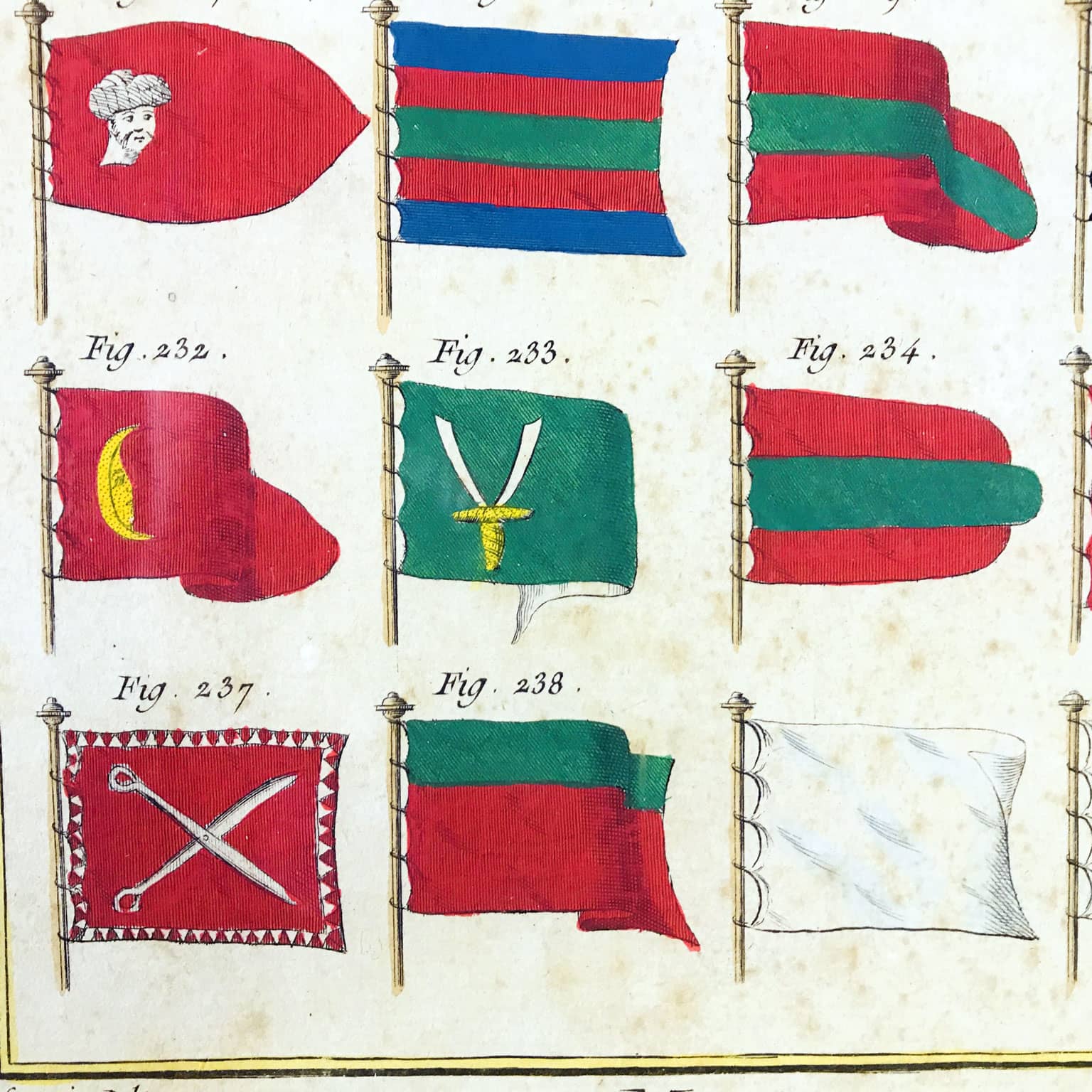 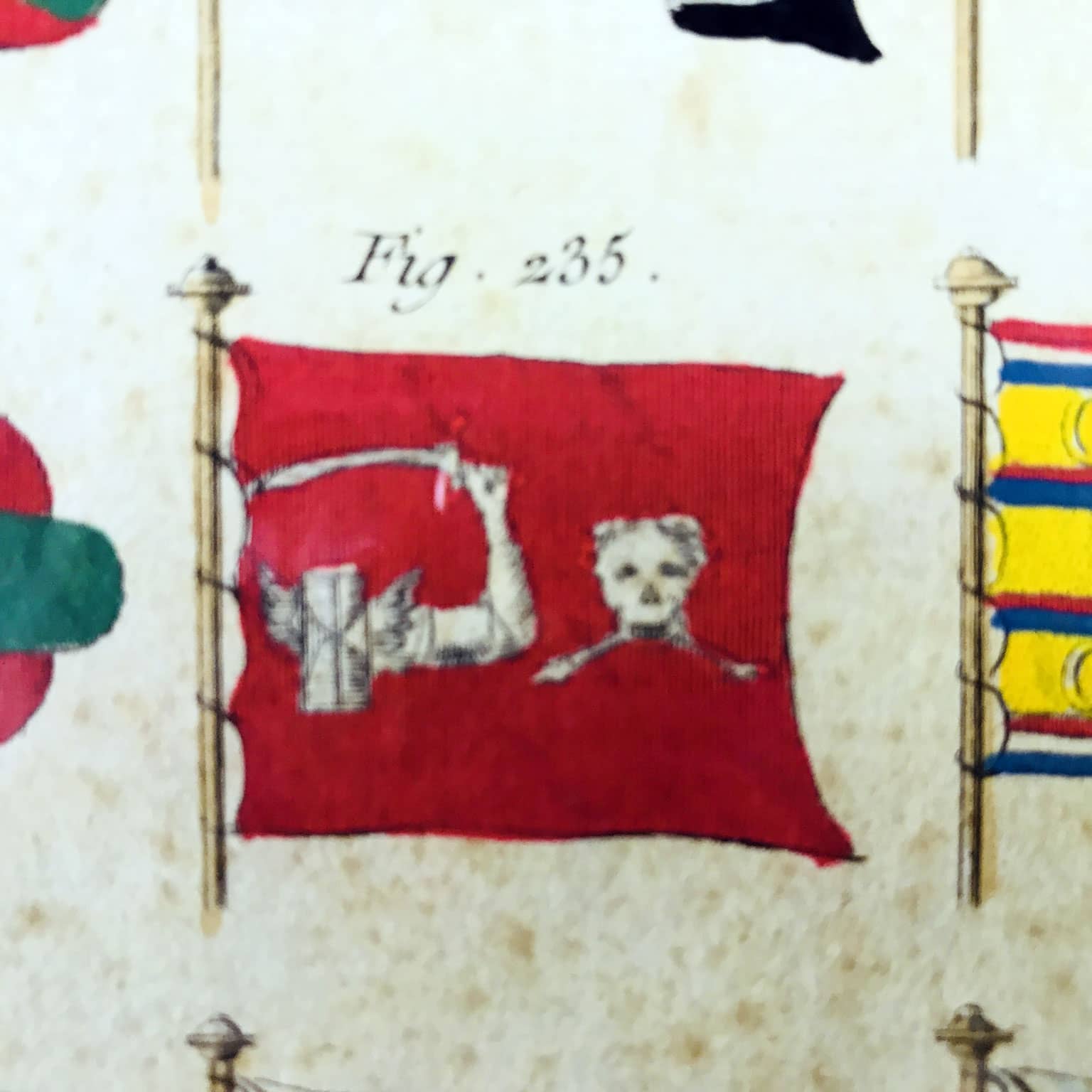 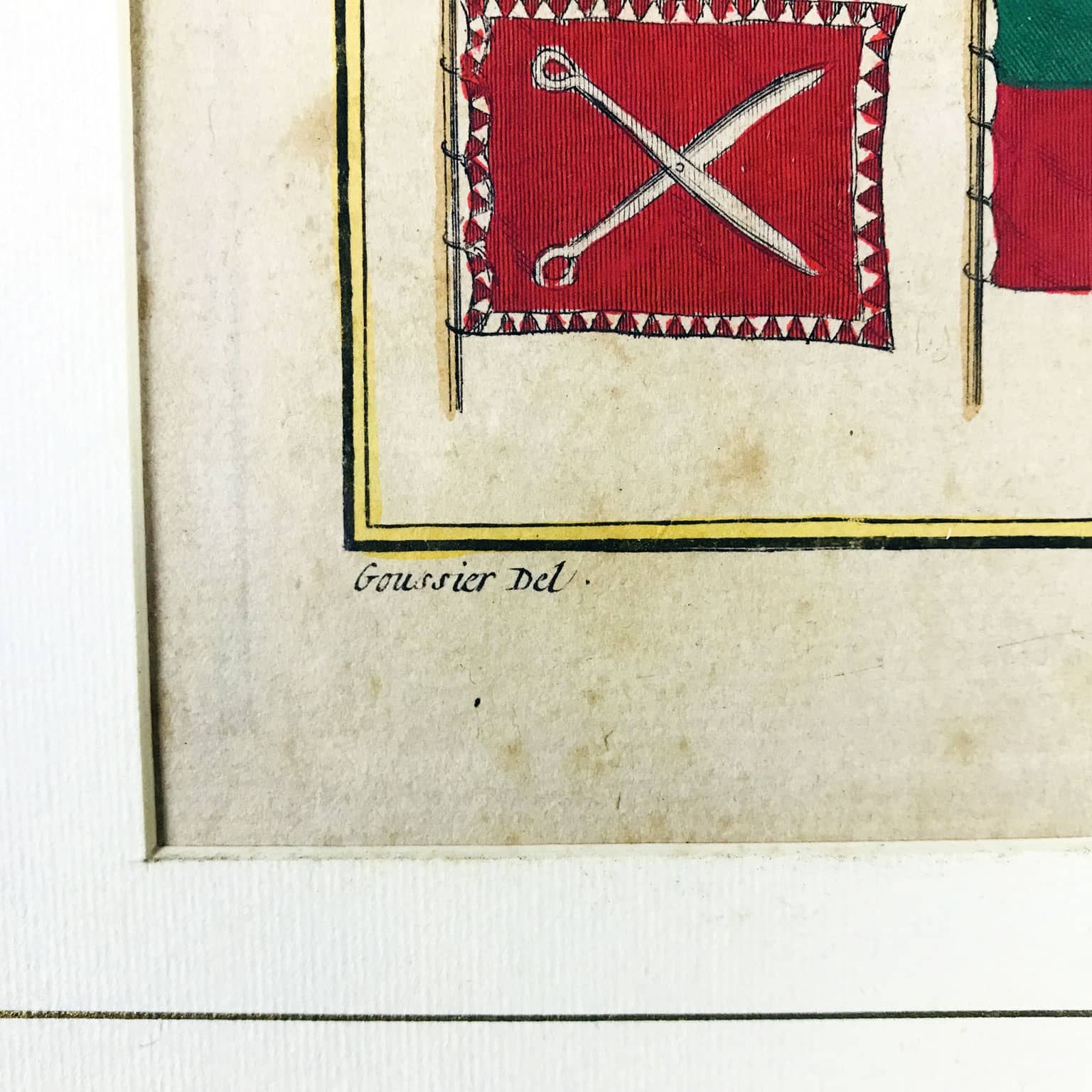 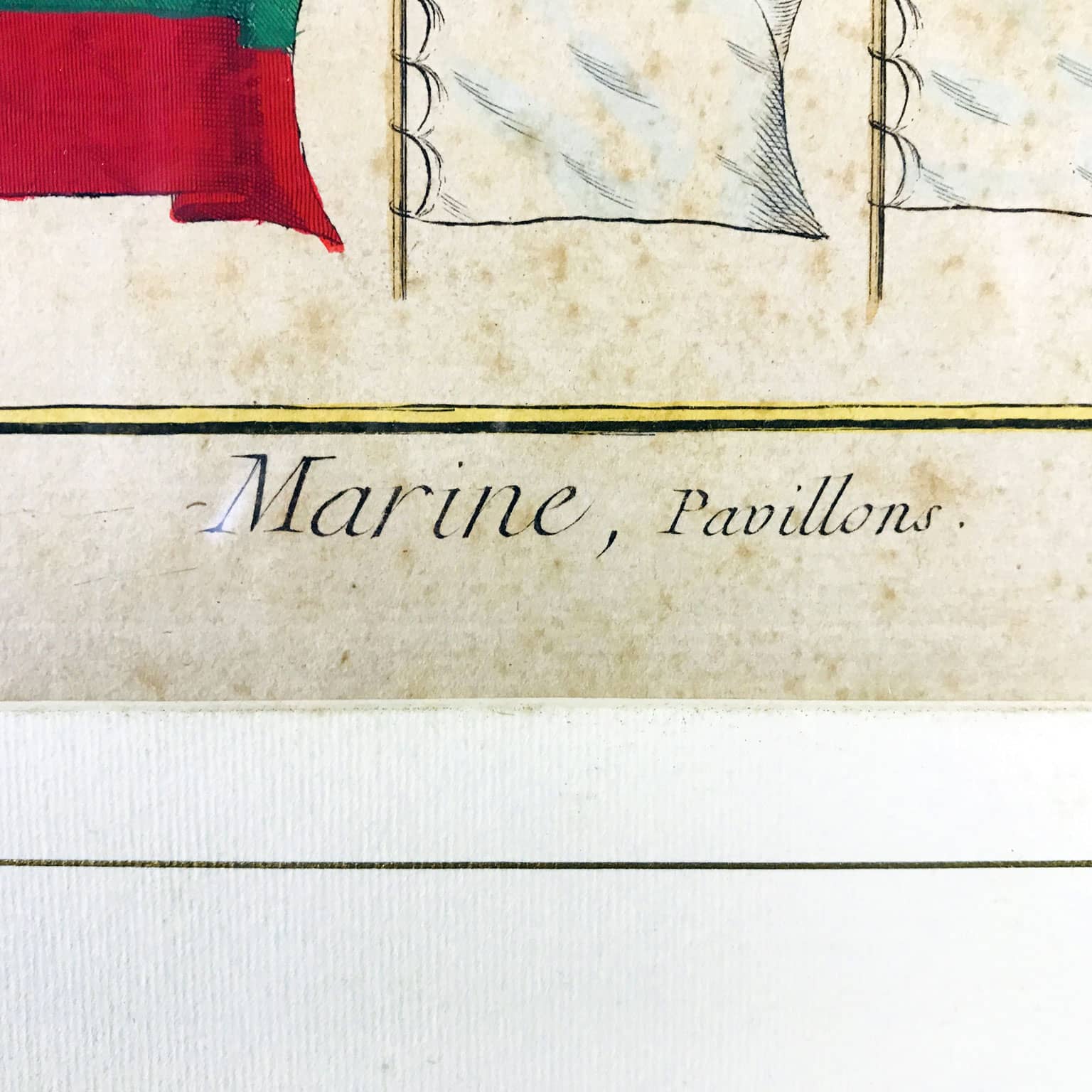 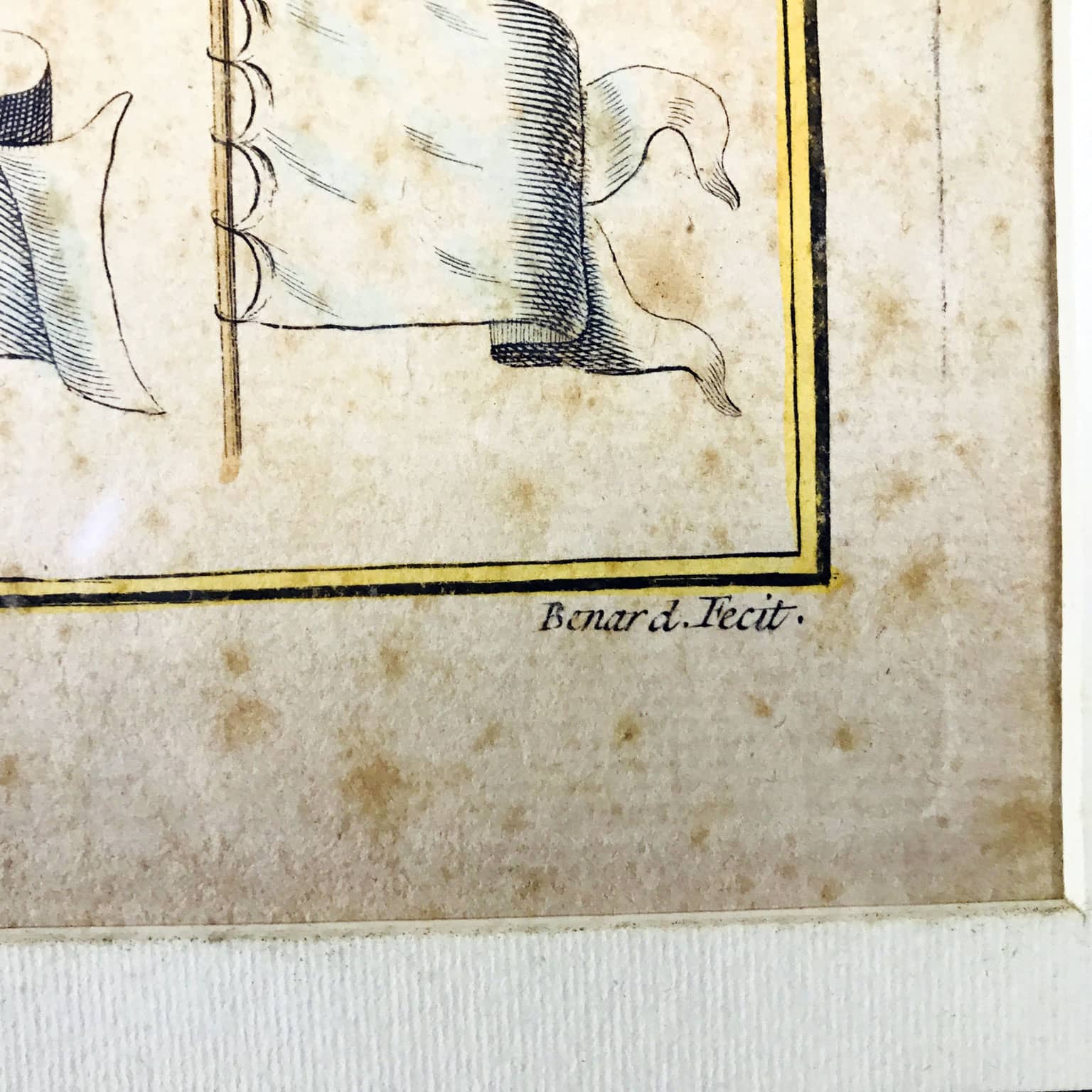 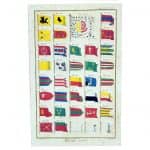 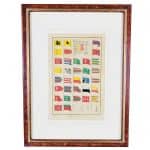 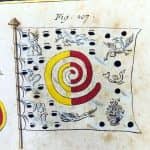 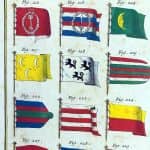 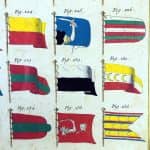 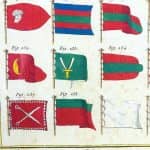 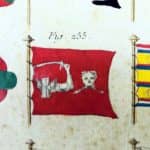 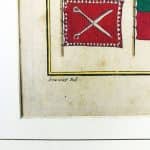 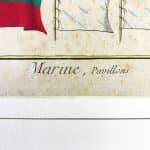 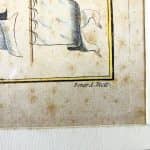 One of a set of three nautical flags antique engravings. These extremely rare hand colored copperplates have been selected from the famous Diderot and D’Alembert “Encyclopédie, ou dictionnaire raisonné des sciences, des arts et des métiers (Encyclopedia, or a systematic dictionary of the sciences, arts, and crafts), an encyclopedia published in France between 1751 and 1766, with later supplements and revisions in 1772, 1777 and 1780 and numerous foreign editions and later derivatives.