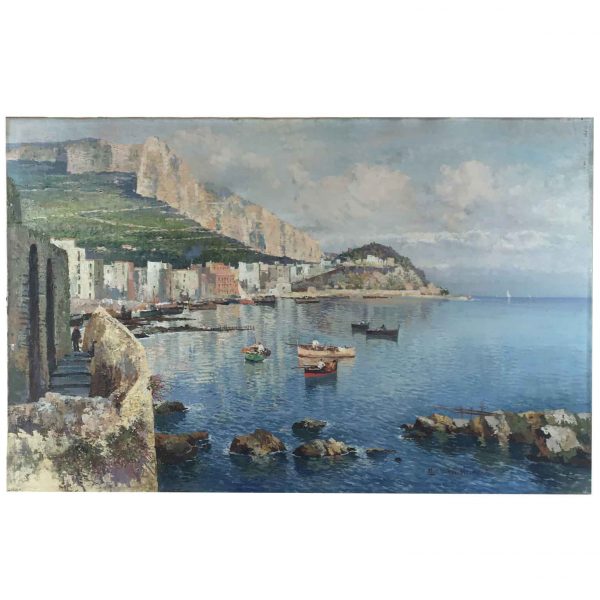 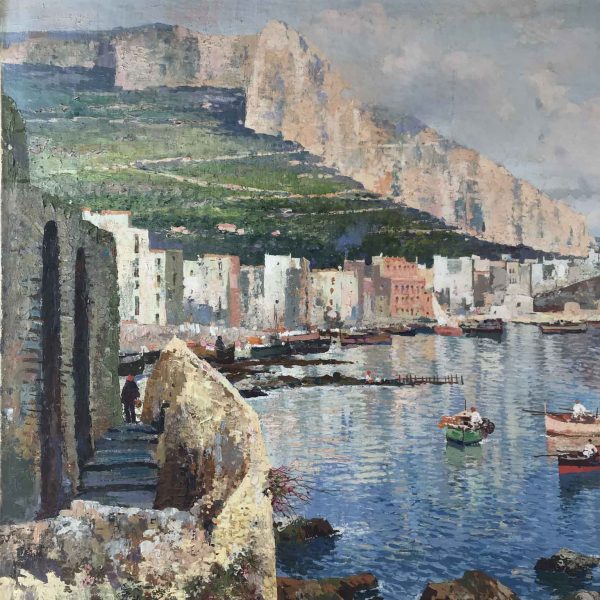 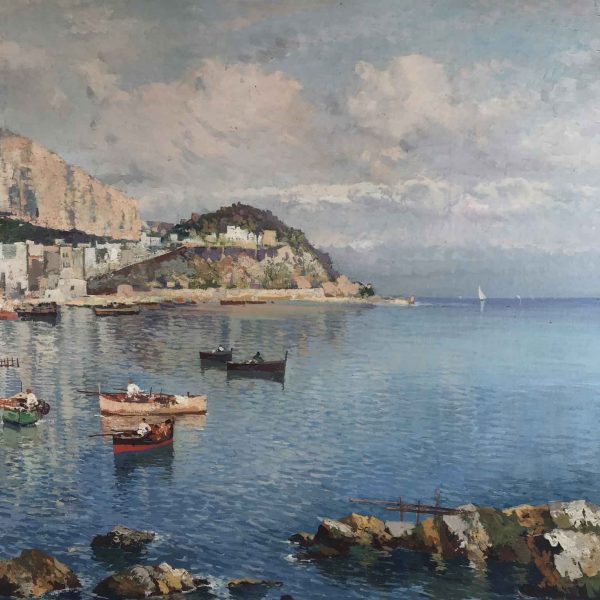 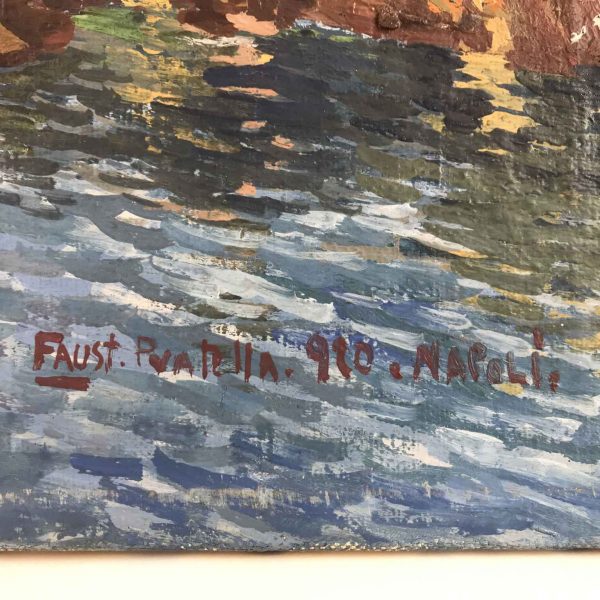 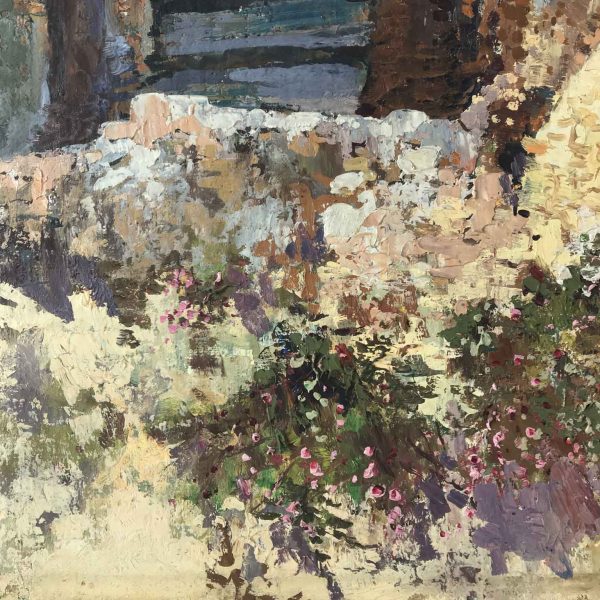 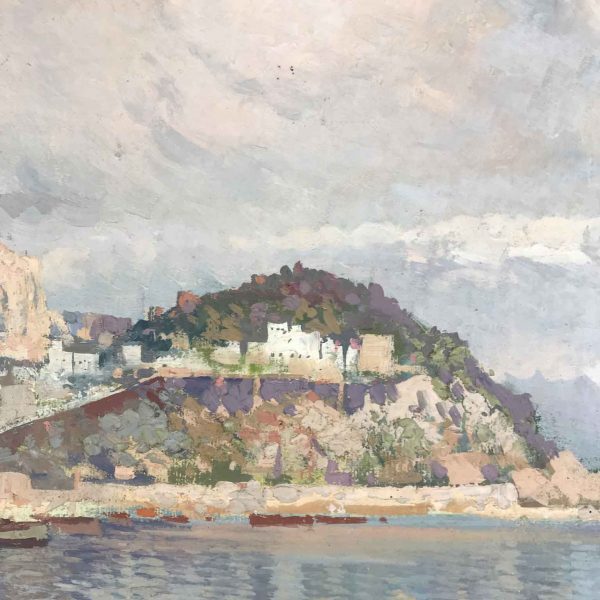 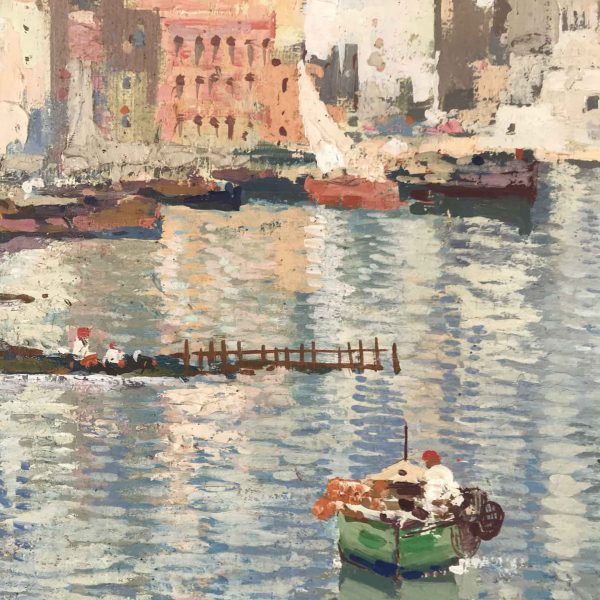 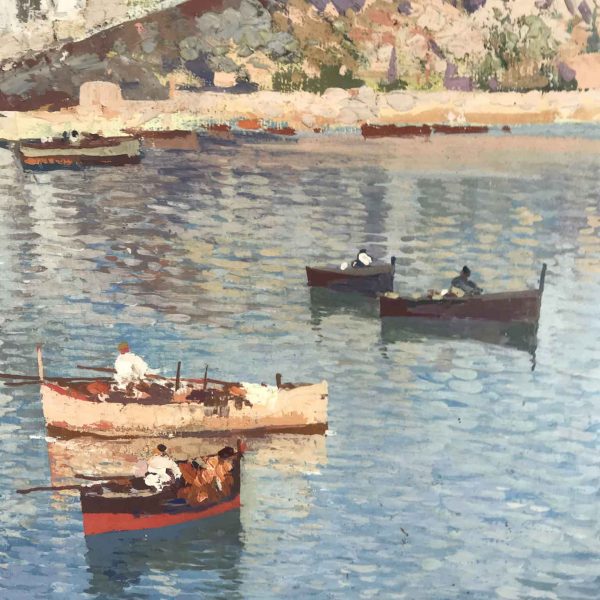 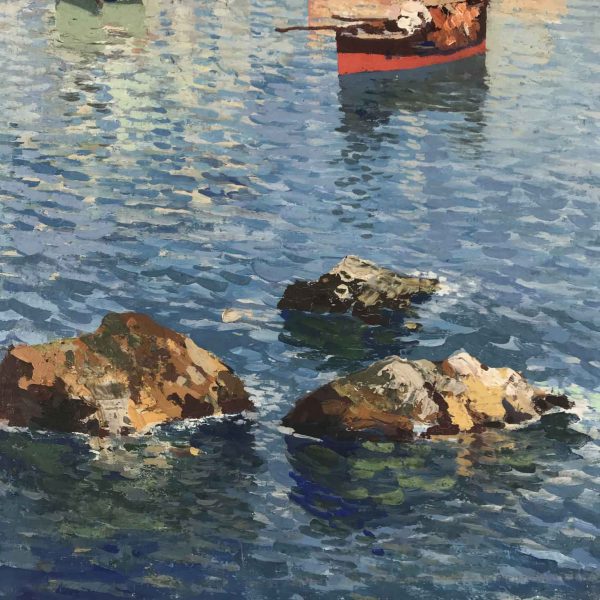 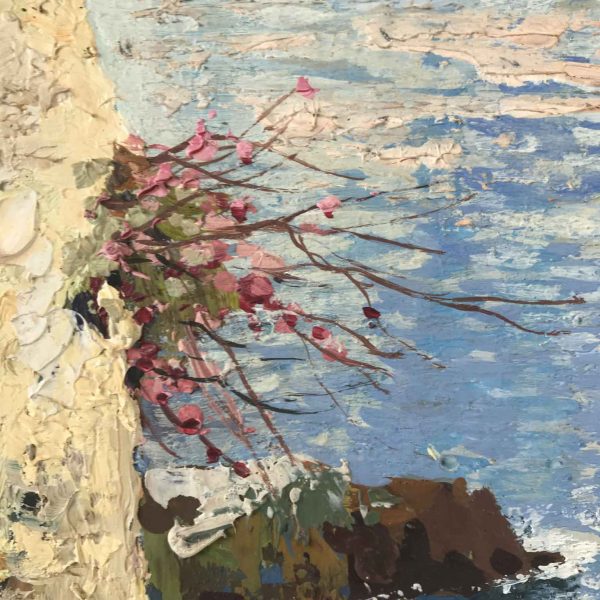 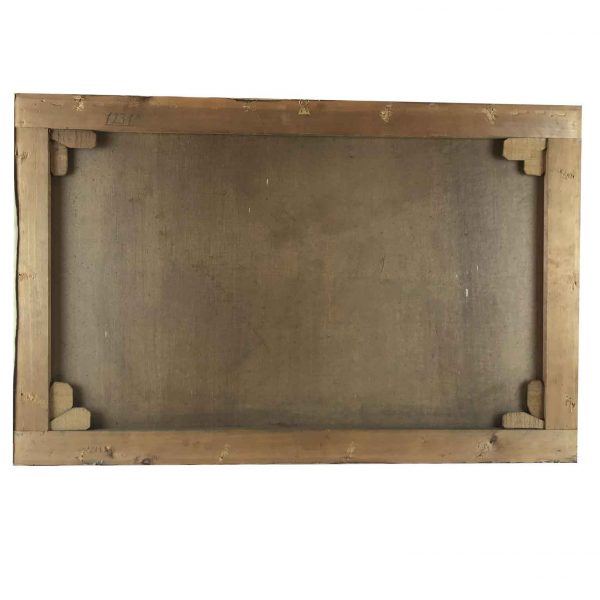 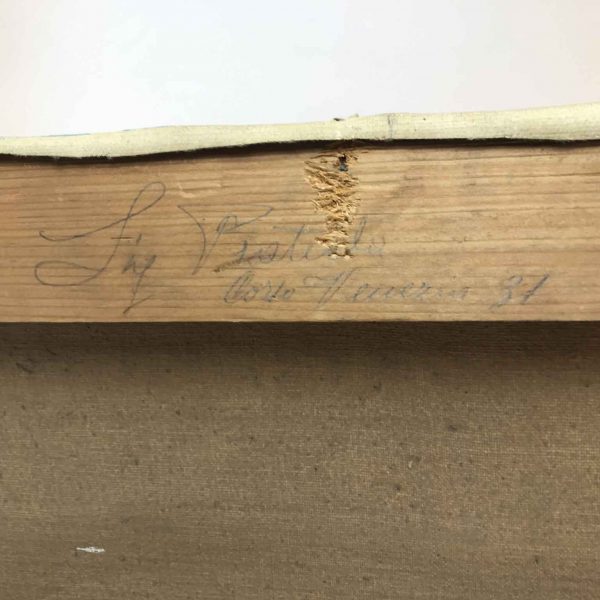 Fausto Pratella,  (Italian, 1886-1946) son of the Italian painter Attilio Pratella (Lugo, 1856 – Naples, 1949), was a student at the Naples Academy of Fine Arts, but was also very much inspired by the advice and teachings of his father. Another relevant influence came from Giuseppe Casciaro (Ortelle, 1863 – Naples, 1941).

Landscape painter, he began to exhibit in 1909, in his hometown, and later in important exhibitions such as the Venice Biennale and the Quadrennial of Rome. Fausto Pratella spent much of his life in Milan, distinguishing himself among the artists of the “Famiglia Artistica Milanese”. Certain of his works are presented in the Gallery of Modern Art in Naples and Novara. 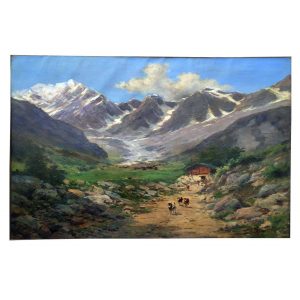 This peaceful mountain and valley view comes from a private collection of a Milanese family, it showed a small canvas tear, as per detailed picture below, now restored. Set within a  passe-partout and a giltwood frame, it is now in good age related condition,  with some small canvas tears on the border,  which could be restored relining an reinforcing the original canvas only. Anyway you do not see them since covered by the frame. 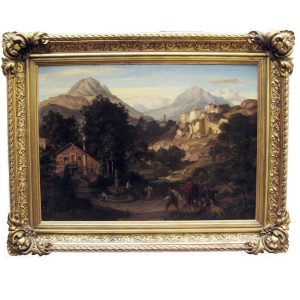 Landscapes, Paintings
Mountain Landscape signed Eduard Cohen Weimer 1866
This oil on canvas painting is signed and dated on the lower right EdvardCohen Weimer 1866, depicting a beautiful mountain landscape,crowded by figures carrying out daily activities. In the foreground, besides a fountain, boys playing a bowl game. Contrasting the bright sky,various shades of bluish-white to dark green of deep vegetation.Edvard Cohen, (1838 - 1910), from Hannover, studied at the Academy ofVienna and Dresden.Within a French plaster golden frame, this work is in excellent condition, lined and comes from a private residence in Lombardy.
4.200,00€
Add to cart 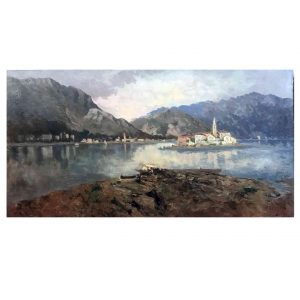 Landscapes, Paintings
Isola dei Pescatori Lago Maggiore Italy Oil on Canvas Lake Landscape Late 19th Century
Unframed oil on canvas Lake Landscape depicting Italian Lake Maggiore view of the Isola dei Pescatori, Fishermen Island, Lago Maggiore, Italy signed lower right E. Gignous, apocrypha signature. The painting composition is realized in the style of the Italian Milanese painter EUGENIO GIGNOUS, (1850 - 1906), one of the greatest Lombard landscape painters of the 19th Century. There is a traditional indeterminate foreground, livened up only by the fishing boat on the shore, opposed to the scenic expressivity of the background landscape, the water mirror centered by the Isola dei Pescatori and the town of Baveno on the left. of the canvas and the mountains behind.In good condition this North Italian lake view with mountains in the distance and Baveno on the left of the composition, dates back to late 19th century, it is lined with new stretcher and shows minor painting retouches in sky on the upper left.It comes from a Lombard private collection near Milan.Height: 70 cm Width: 130.5 cm
Read more