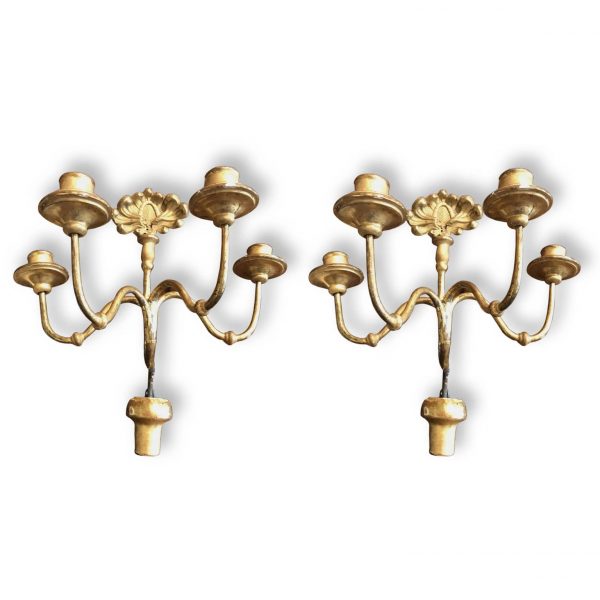 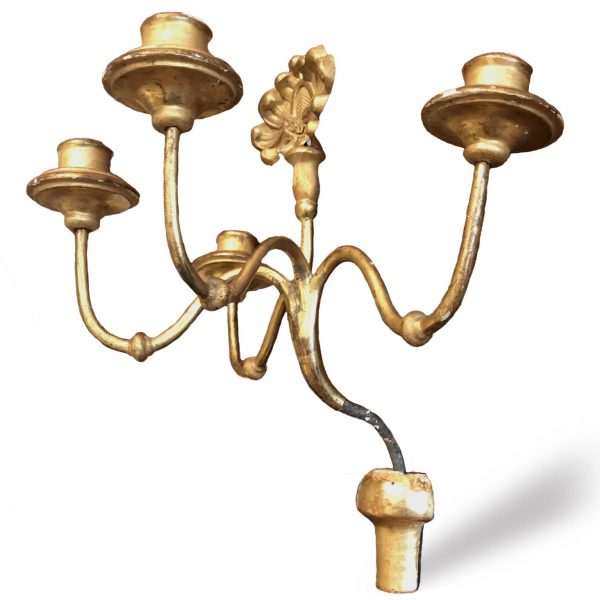 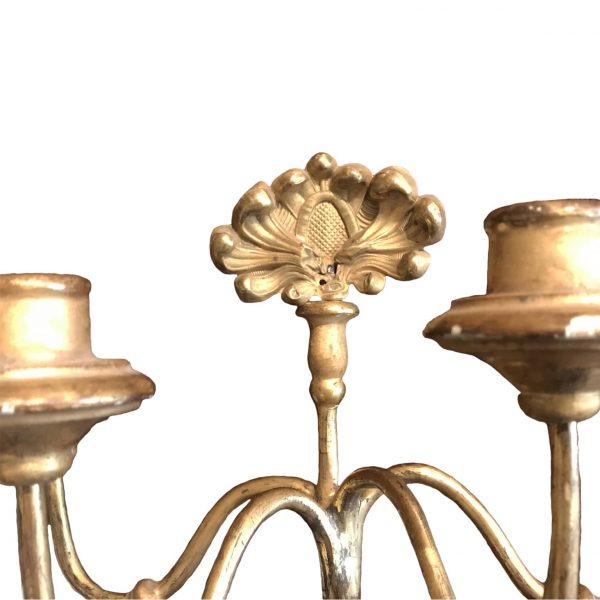 The central part of each gilded iron candle wall sconce is topped by a stem decorated with a fan shaped, repoussè and gilded copper flower.

The lower gilt wood support element of this couple of four-branch wall lights, the hanging gilt wood bracket for the wall, is antique but probably later and may be added at the end of 19th century, anyway we are sure it is not relevant to this charming item.

Wear consistent with use and age,  gilding restorations.

Dating back to early 19th century, no wiring, can be used as romantic candelabra.

Of Piedmontese origin, Piedmonte is the northern Italian region closed to the French border.