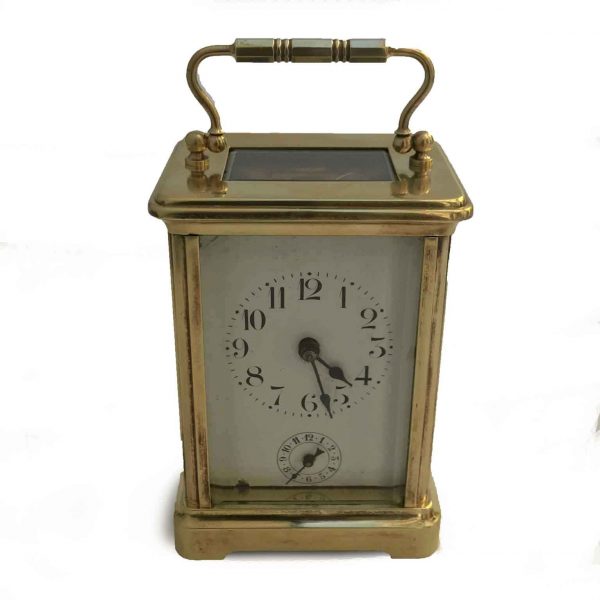 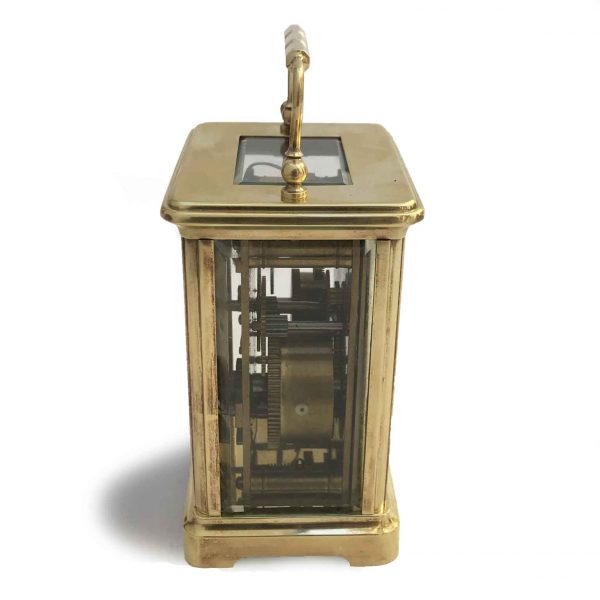 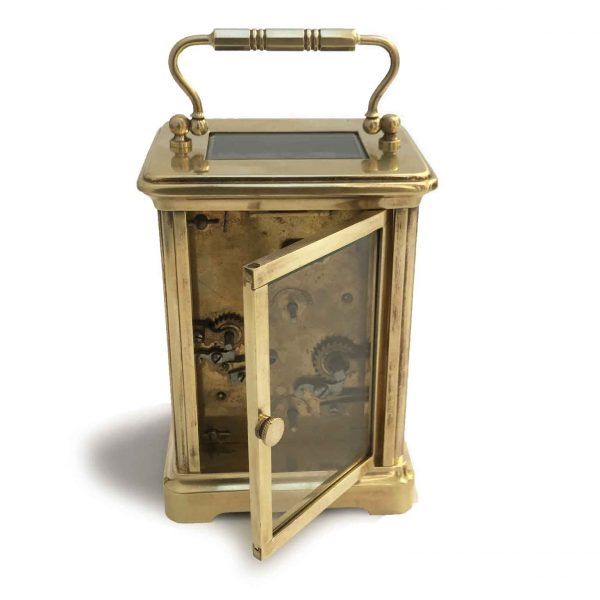 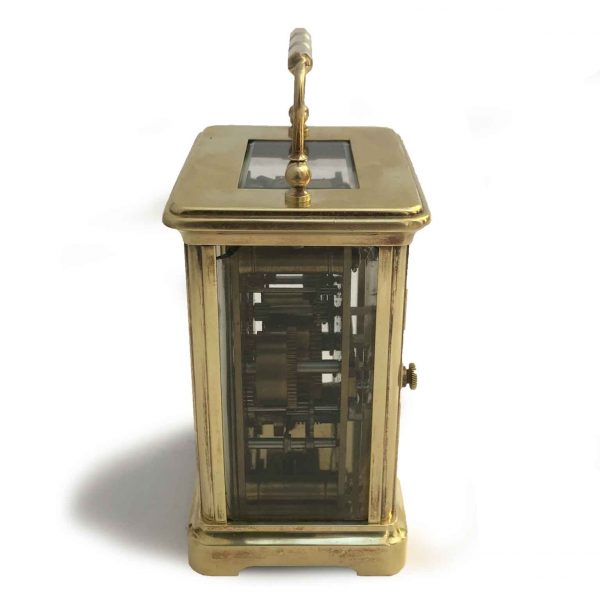 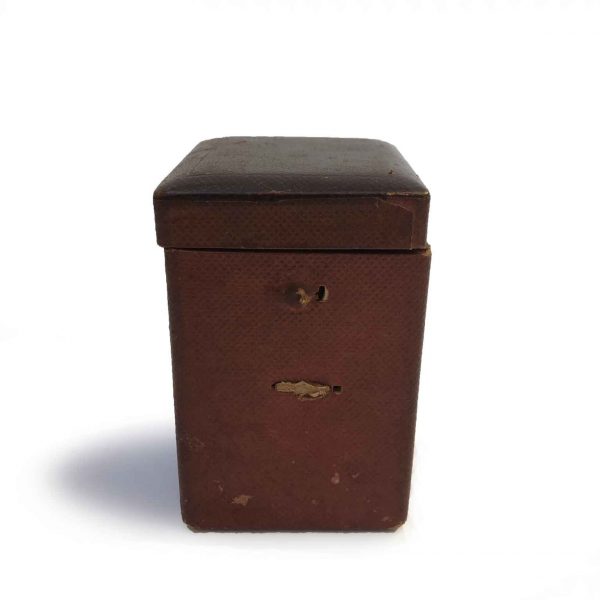 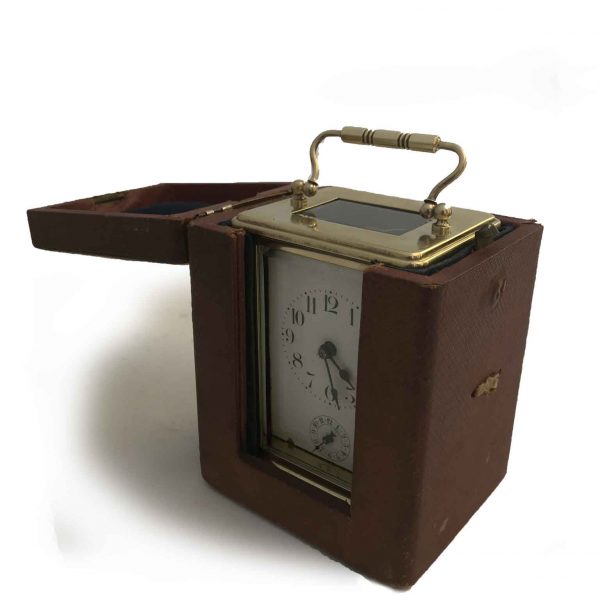 Officier Travel Clock with Case also known as cappuccina is a table alarm clock with double dial and bell at the bottom with a brass case and ground glass on all sides to be able to admire the movement. The back has a hinged door that can be opened to allow the winding and setting of the hours by means of a double key. Date of its original case. It dates back to the second half of the 19th century, and is to be revised.

These clocks, with more or less complex mechanisms, with vertical development, were portable countertop clocks of French origin, inspired by pendule de voyage or pendule d’officier, which were particularly popular between 1750 and 1850.

It seems that this type of clock was wanted by Napoleon Bonaparte who, irritated by the delays of the officers, forced them to equip themselves with a clock with an alarm clock and then commissioned an alarm clock that was robust to the watchmaker Breguet. easily transportable (therefore equipped with a case), with the ringer and that it worked in all positions. Hence the denomination of pendule d’officier and its successful diffusion throughout the 19th century. 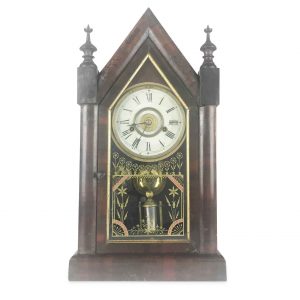