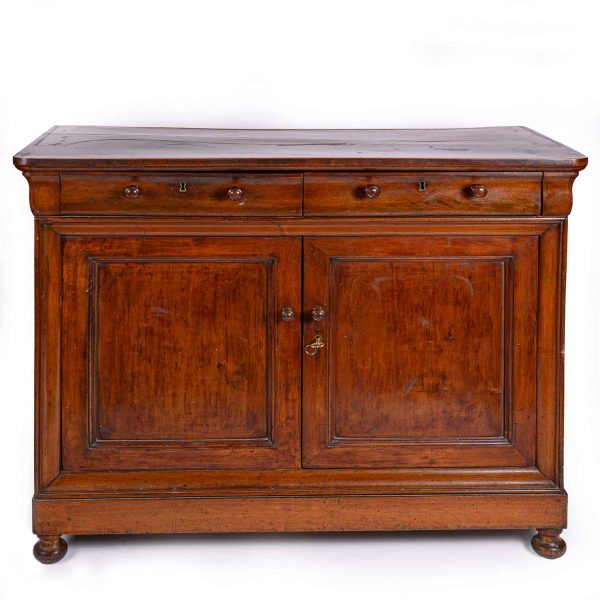 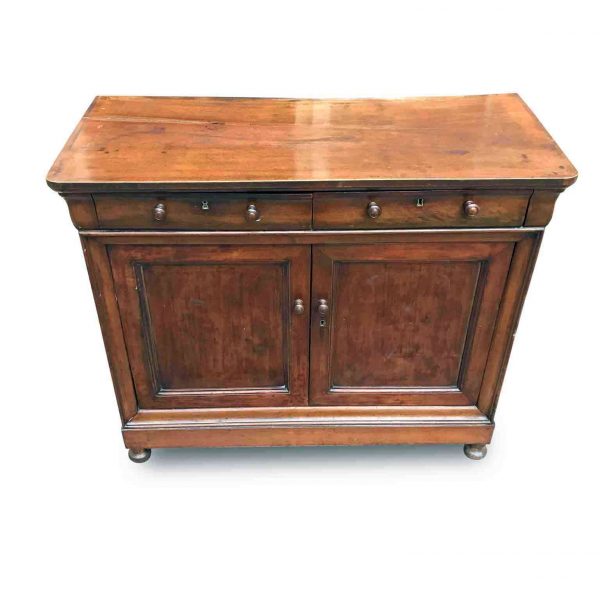 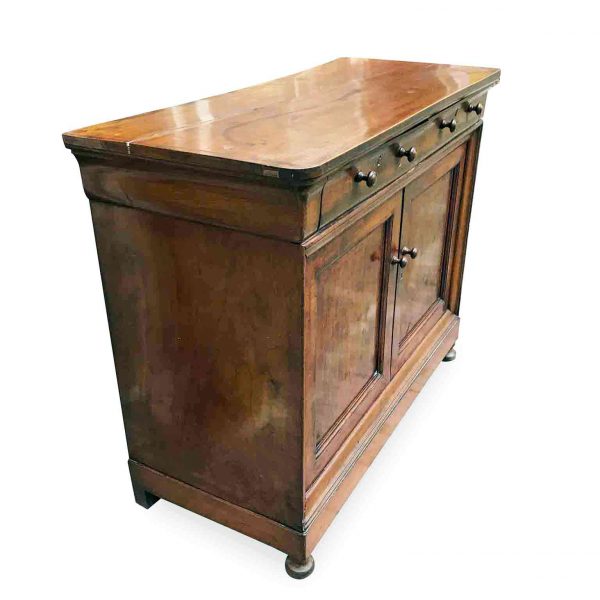 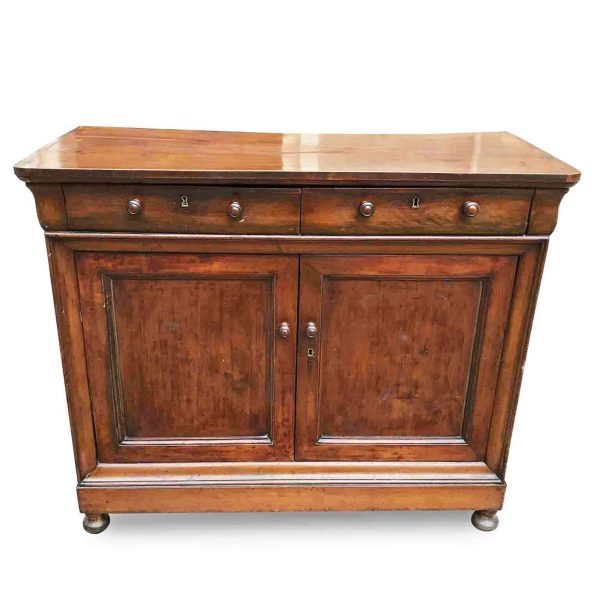 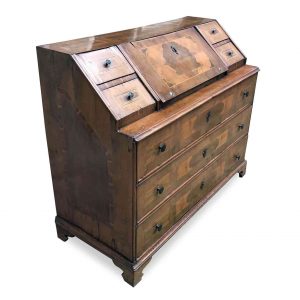 18th Century Italian Bureau Large Walnut Flap Chest of Drawers, Furniture
18th Century Italian Bureau Large Walnut Flap Chest of Drawers
A mid-18th Century Chest of Drawers with Flap a large Italian bureau with flap, coming from a private collection of Milan but it is a furnishing whose origin is Trentino,  a Northern Italian region closed to Austrian mountain border. This Italian walnut bureau with flap dates back to the half of 18th century, shows three deep drawers and a fall-front opening to reveal an interior with four small drawers. Besides the flap, four inclined front drawers. Standing on bracket feet, this antique bureau is fully decorated with veneered and solid walnut, geometrical maple inlaid frames and beautiful cherry inlays. Great patina. It is in good age related condition, drawers run well but it shows signs of wear, veneer losses or detachments consistent with its almost three hundred years of age and use.Measures: Height: 108 cm. Width: 131 cm. Flap width only is 67. Depth: 57/with open flap 89 cm.
7.000,00€
Add to cart
Sale 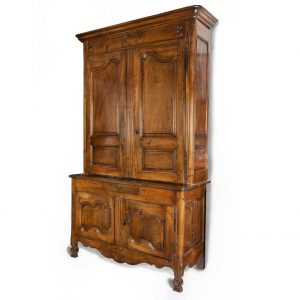 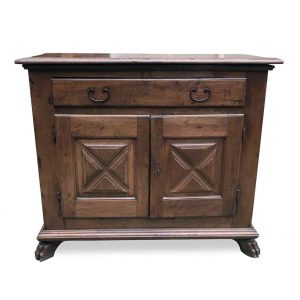 17th Century Italian Sideboard Hand-Carved Walnut Credenza or Buffet, Furniture
17th Century Italian Sideboard Hand-Carved Walnut Credenza or Buffet
From Italy an antique solid walnut two-door sideboard dating back to 17th century,  a Baroque Italian taste hand-carved walnut credenza or buffet coming from a private collection in Milan, in good age related condition with a beautiful patina.It features one large drawer below a moulded frame under a beautiful one plank top. Two doors highlighted by cut diamond motive panels with a beautiful hand-carving, interior is a large storage area fitted with one internal shelf. Both doors and drawer interiors are lined with paper, which could be replaced. Rising on frontal monopodium feet, just the frontal, whereas rear feet are bracket-shaped. Ready to be placed in your interiors. Height 117 cm Width 132 cm Depth 53 cm.
3.800,00€
Add to cart