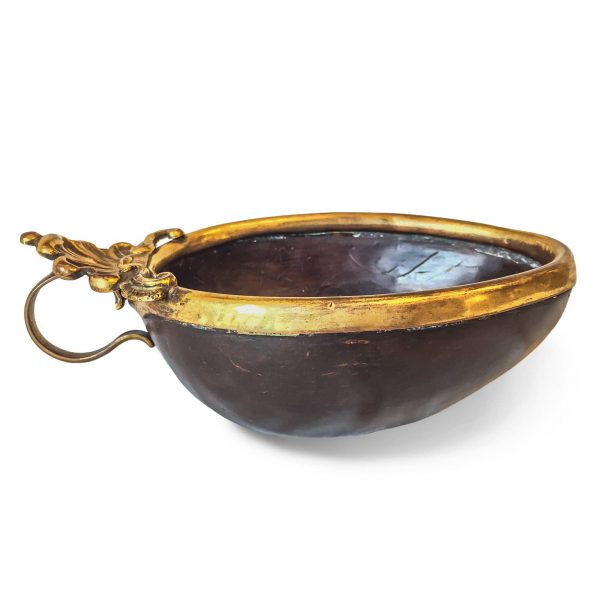 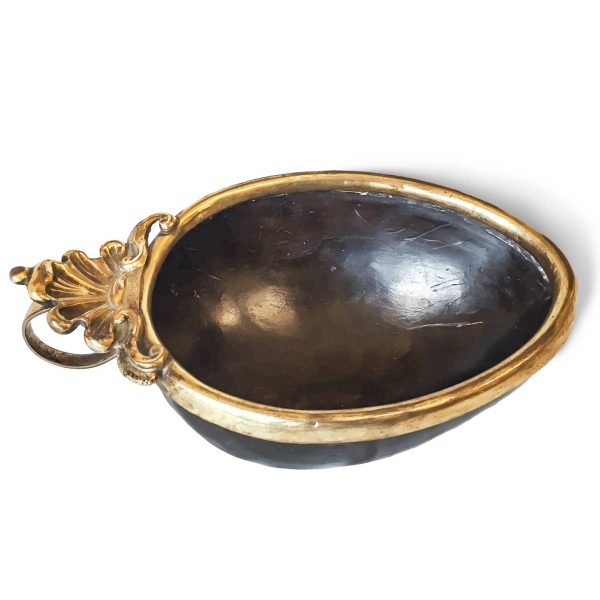 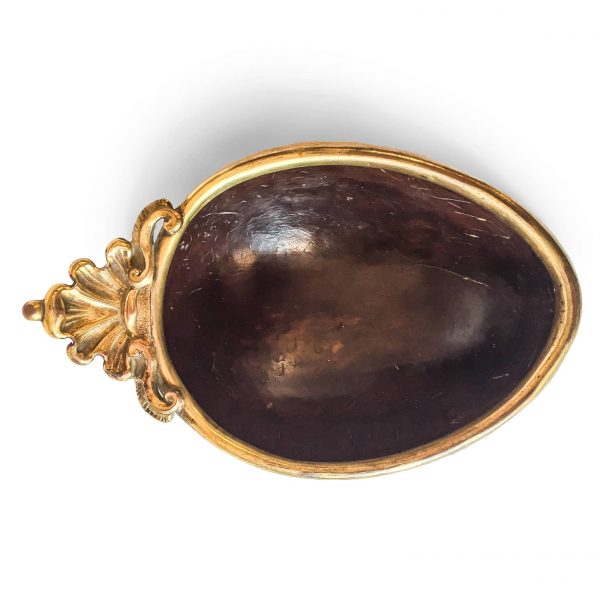 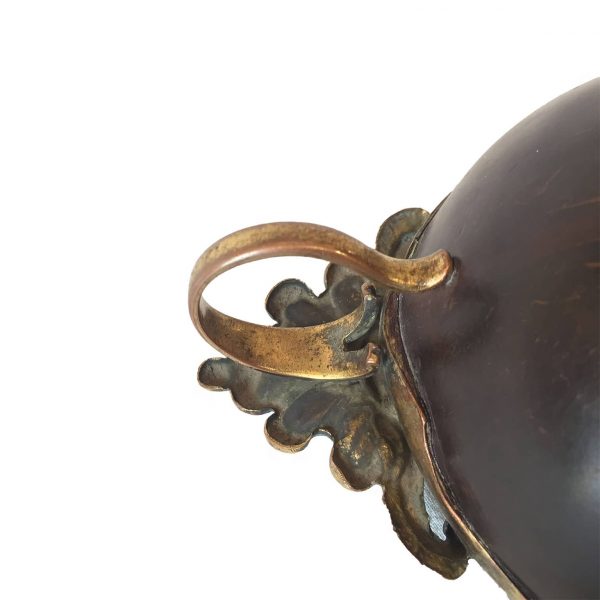 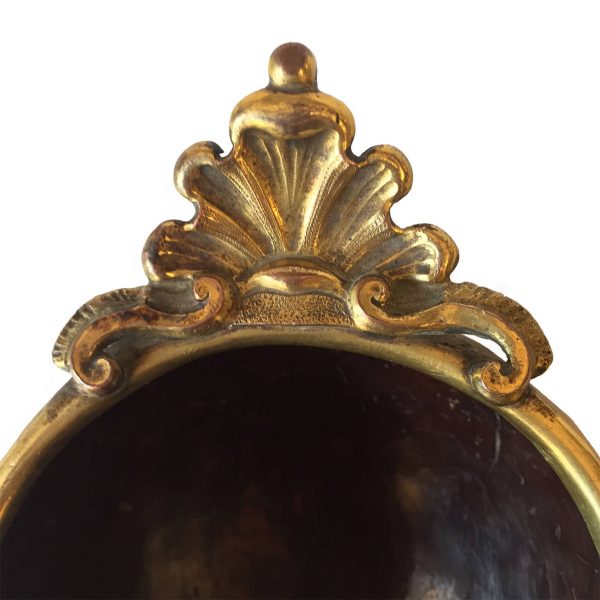 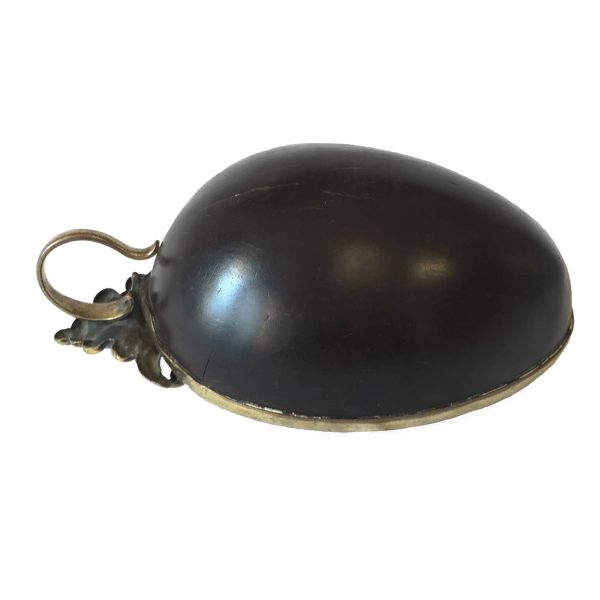 A very rare coconut cup, may be a liturgical baptismal bowl,  mounted on embossed and fire gilded copper with double scrolling handle. It is a very original work for connoisseurs and collectors only.

It comes from The Tuscany Granducato and dates back to early 1700. Good condition, wear consistent with age and use.

Wishlist
Email to a friend
SKU: A144 Category: Miscellaneous