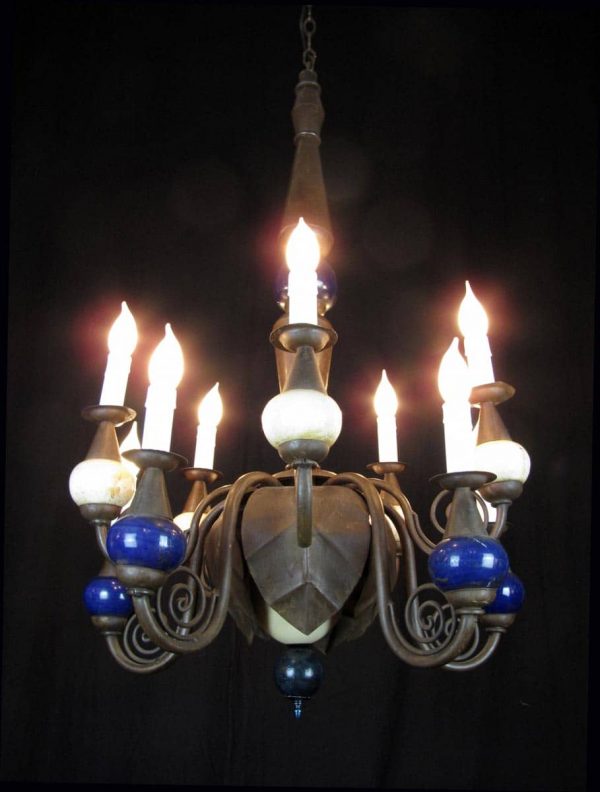 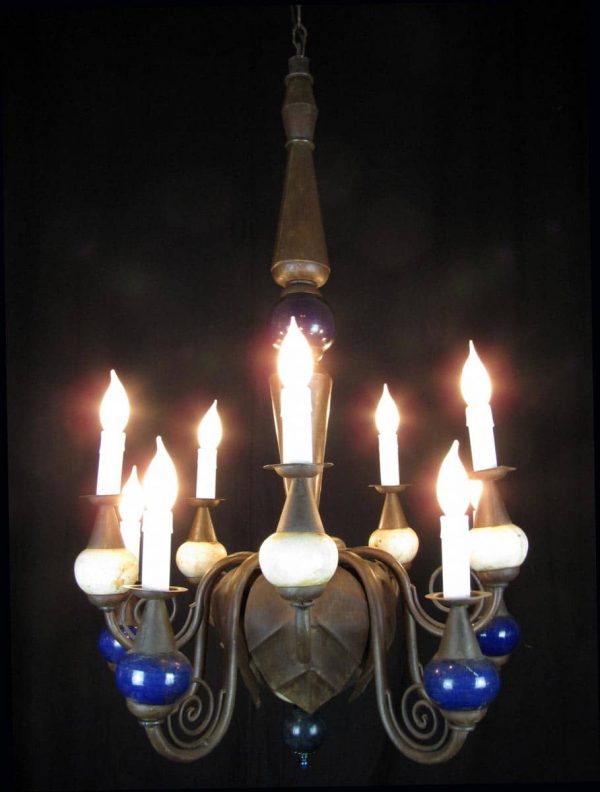 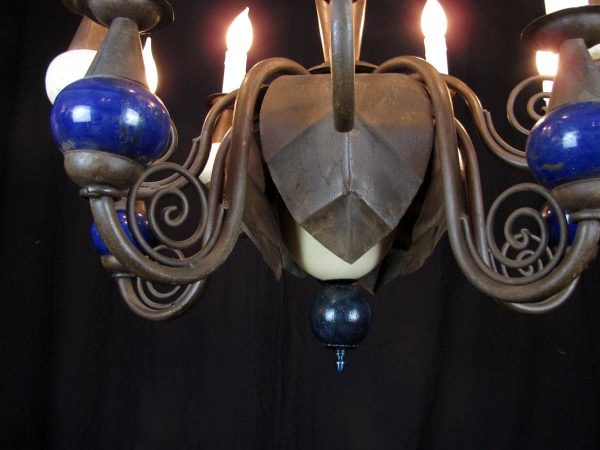 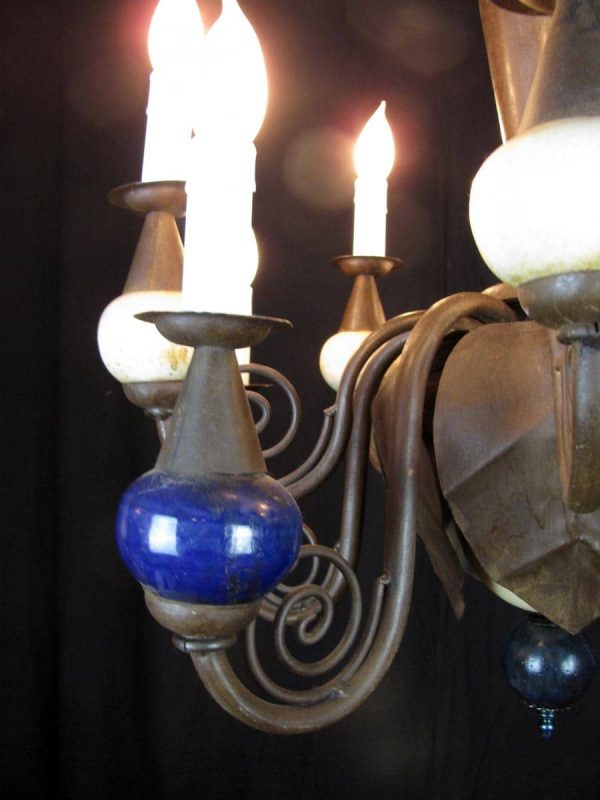 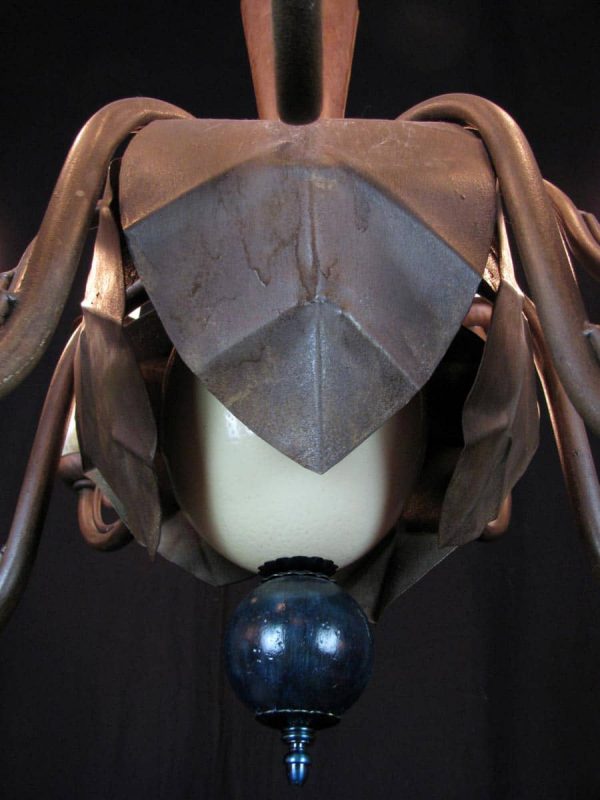 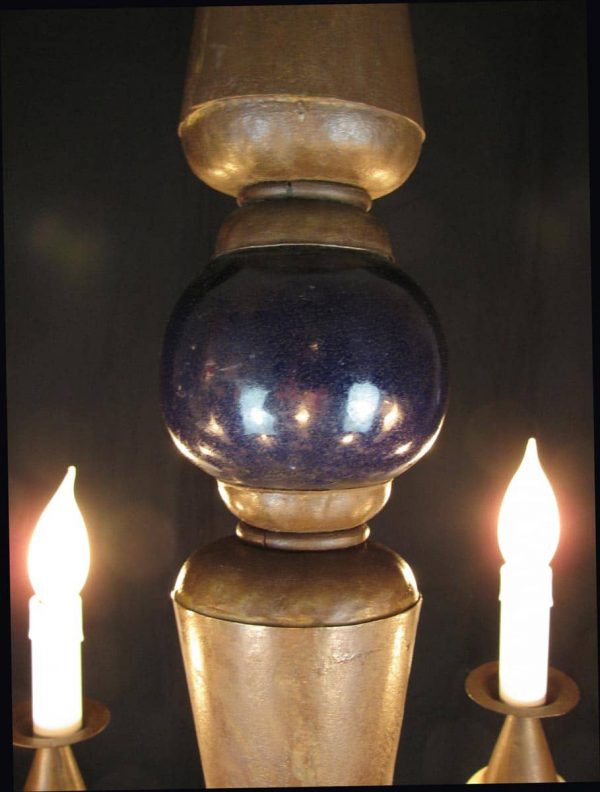 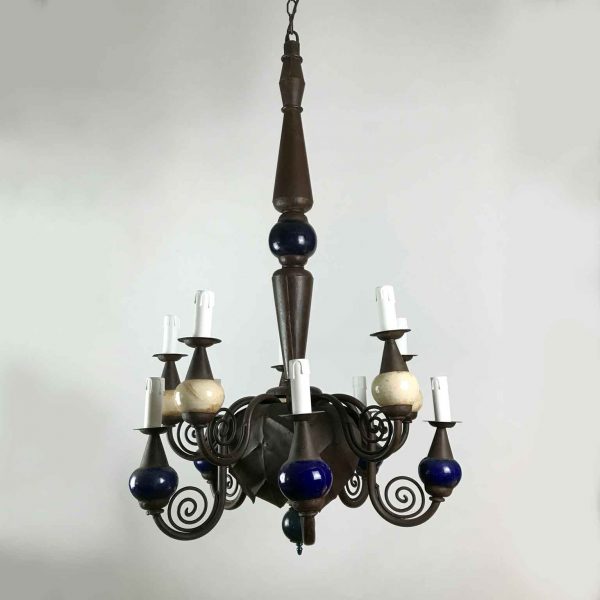 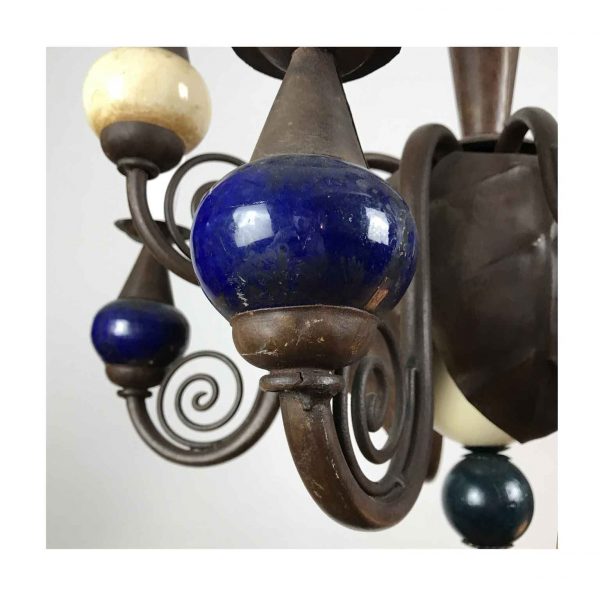 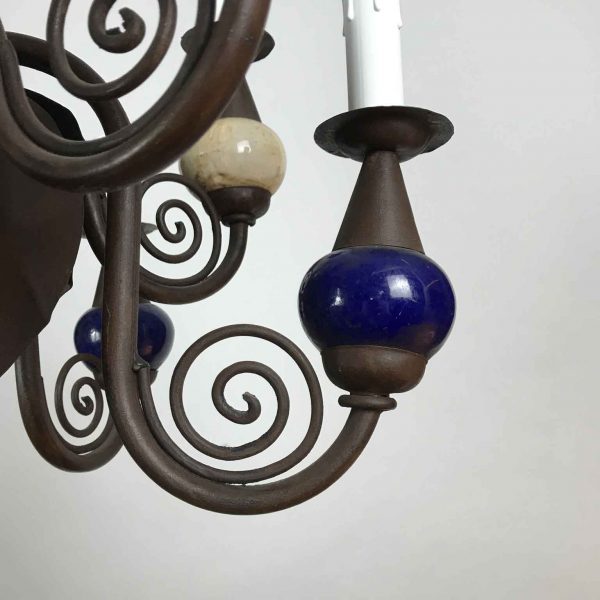 Of Italian origin, hand-crafted, this is a unique work of art. 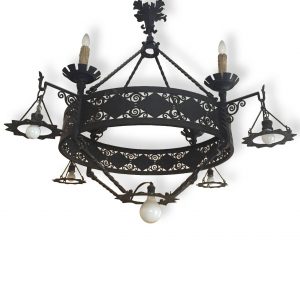 The final element, the lower section of this Liberty iron chandelier ends with a light, E27 light bulb) within an original star shaped iron structure, supported by twisted tubes. 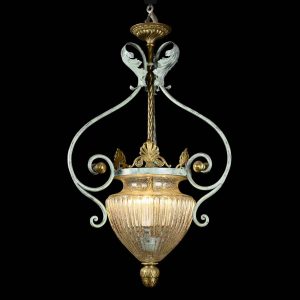 Chandeliers, Iron lamps
Vintage Green Painted Wrought Iron Lantern with Blown Glass Bowl
Elegant three-light vintage lantern with a green painted wrought iron circular structure decorated with gilded bronze palm shaped cast friezes. In the lower part, a blown glass ribbed bowl with gold inclusions, supported by three scrolling arms, ending with golden embossed leaves and connected with a twisted tube stem. Inside the glass bowl, three Edison 14 lights. This Italian pendant is in perfect condition, dating back to around 1980 and comes from a private house in Milan. Height of 85 centimeters does not include any chain, size relative to chandelier structure only.
2.000,00€
Add to cart