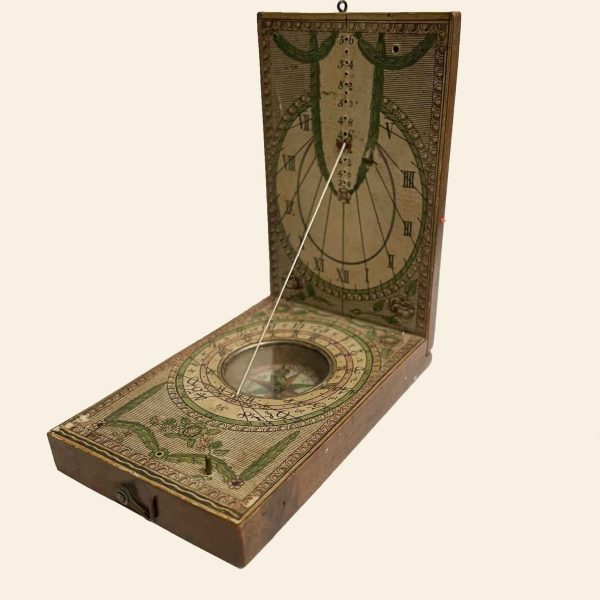 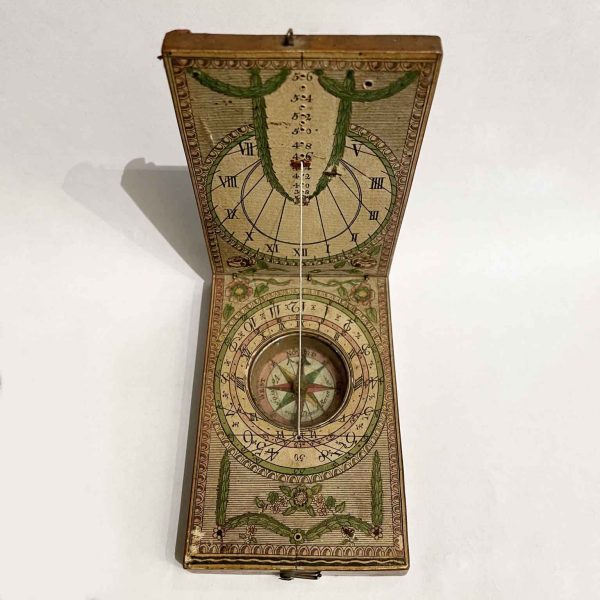 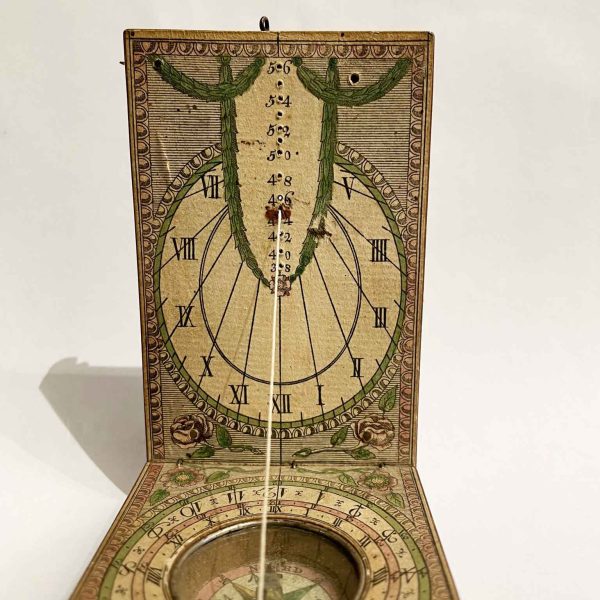 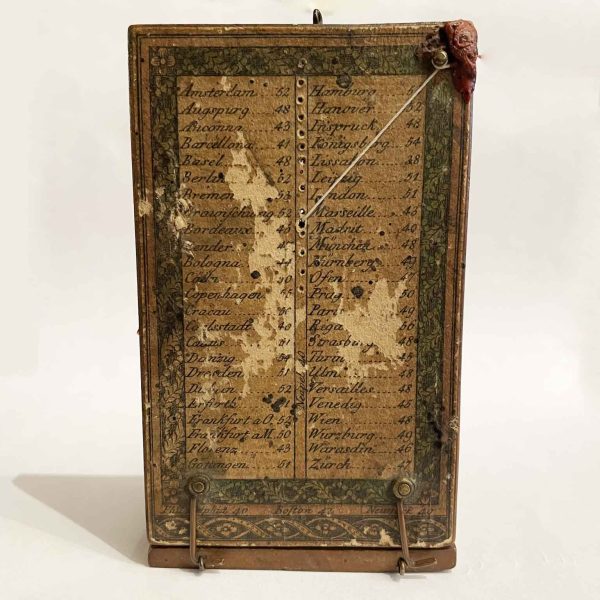 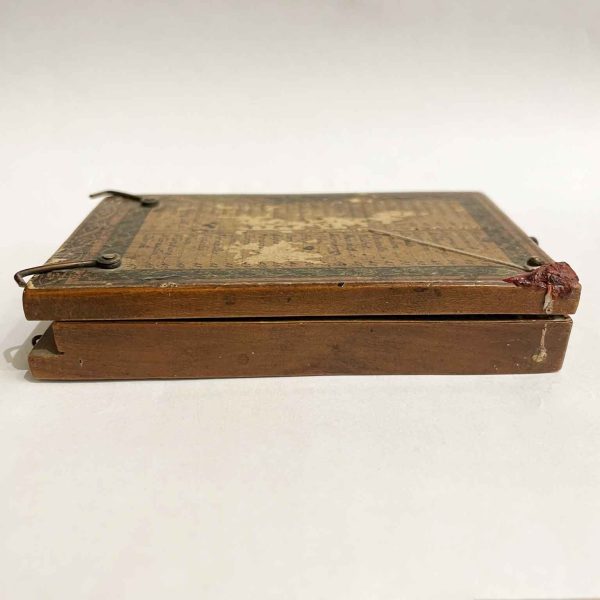 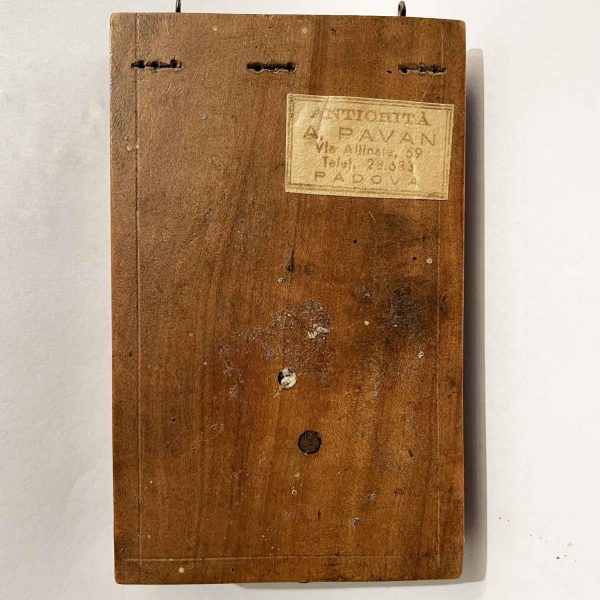 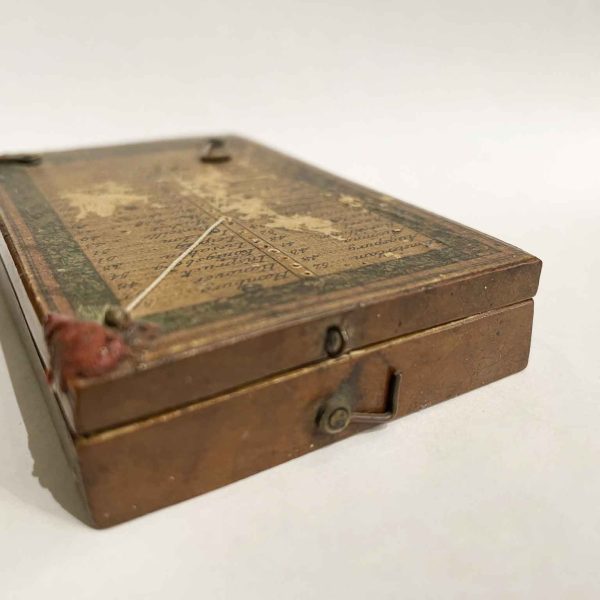 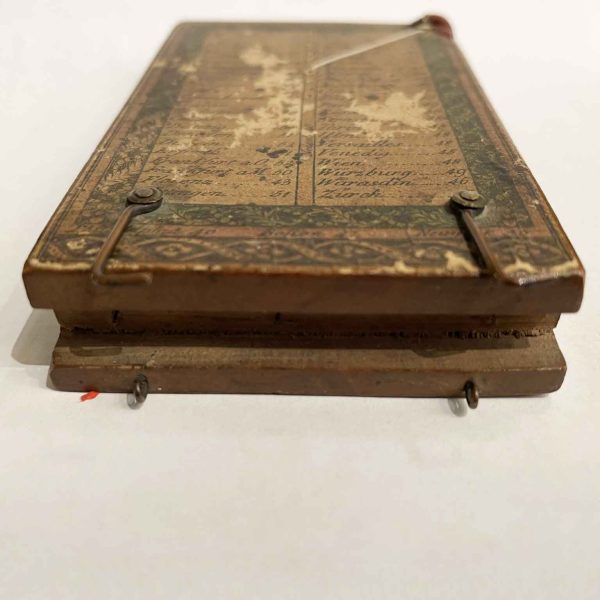 Antique 18th Century Diptych Sundial and Compass a portable wooden boxwood sundial with compass, of German origin, by David Beringer, Nuremberg, dating back to the 1790 circa, in good age related condition, with signs of wear consistent with age and use.
David Beringer (1756 – 1821) was a German scientific instrument maker and craftsman active in Nuremberg and famous for his cubic wooden sundials visible in Metropolitan Museum of Art di New York.
A portable sundial, also known as a travel sundial, is a sundial that cannot be fixed or mounted. Stationary sundials usually measure the hour angle of the sun directly, and must be aligned with the points of the compass. Portable sundials are mostly elevation sundials, with which the elevation angle of the sun is measured and is indicated after evaluation with the as known necessary declination, respectively the year date of the sun as time. As a rule, you also need to know whether it is morning or afternoon, because a certain elevation angle can be measured twice a day. 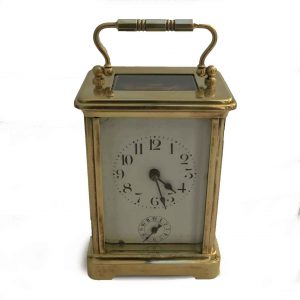 Gift Ideas
Officier Travel Clock with Case
Officier Travel Clock with Case also known as cappuccina is a table alarm clock with double dial and bell at the bottom with a brass case and ground glass on all sides to be able to admire the movement. The back has a hinged door that can be opened to allow the winding and setting of the hours by means of a double key. Date of its original case. It dates back to the second half of the 19th century, and is to be revised. These clocks, with more or less complex mechanisms, with vertical development, were portable countertop clocks of French origin, inspired by pendule de voyage or pendule d'officier, which were particularly popular between 1750 and 1850. It seems that this type of clock was wanted by Napoleon Bonaparte who, irritated by the delays of the officers, forced them to equip themselves with a clock with an alarm clock and then commissioned an alarm clock that was robust to the watchmaker Breguet. easily transportable (therefore equipped with a case), with the ringer and that it worked in all positions. Hence the denomination of pendule d'officier and its successful diffusion throughout the 19th century. The watch is in good condition apart from a small chip in the enamel of the dial and another small chip in the corner of a side glass.
450,00€
Add to cart