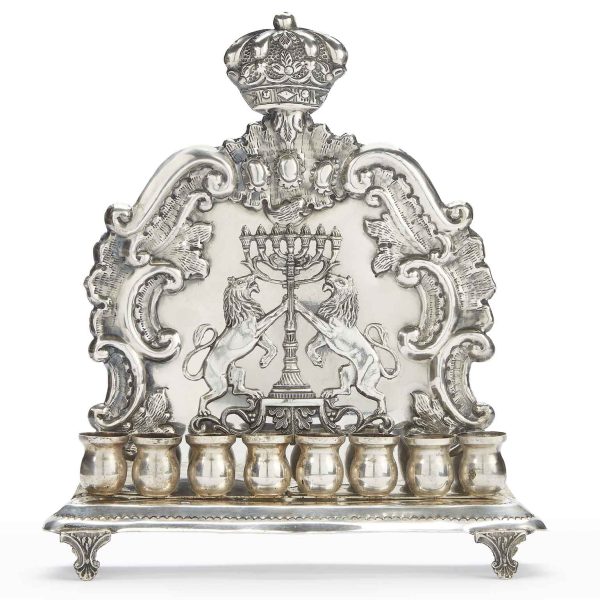 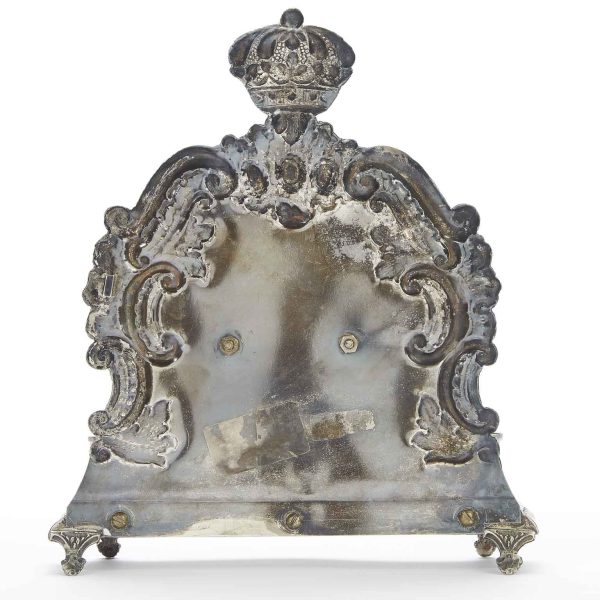 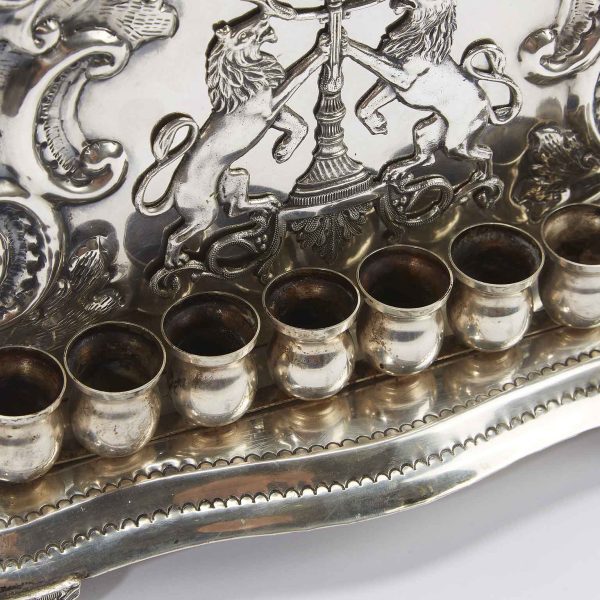 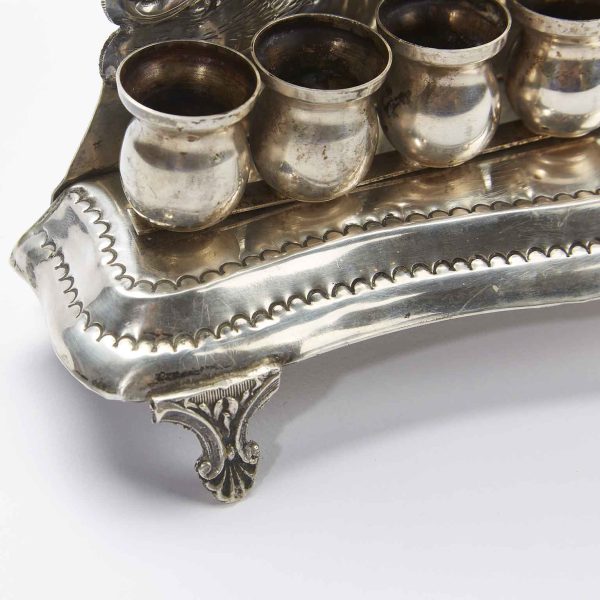 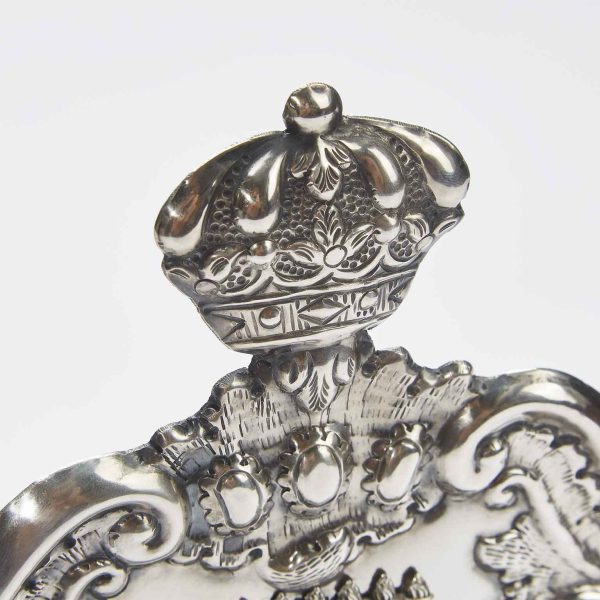 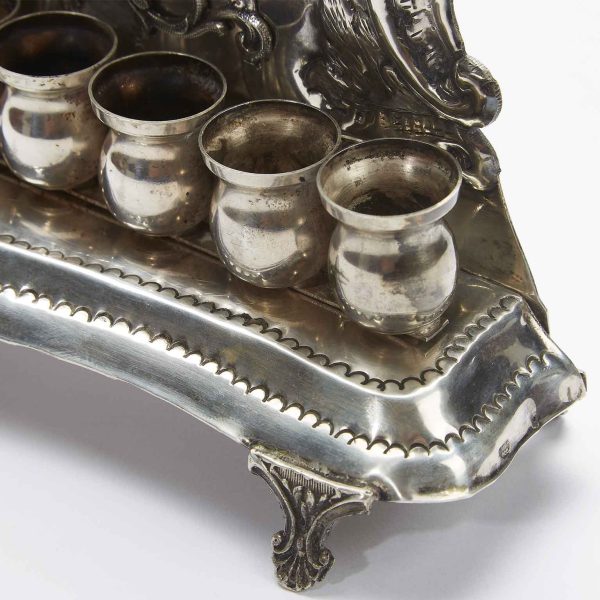 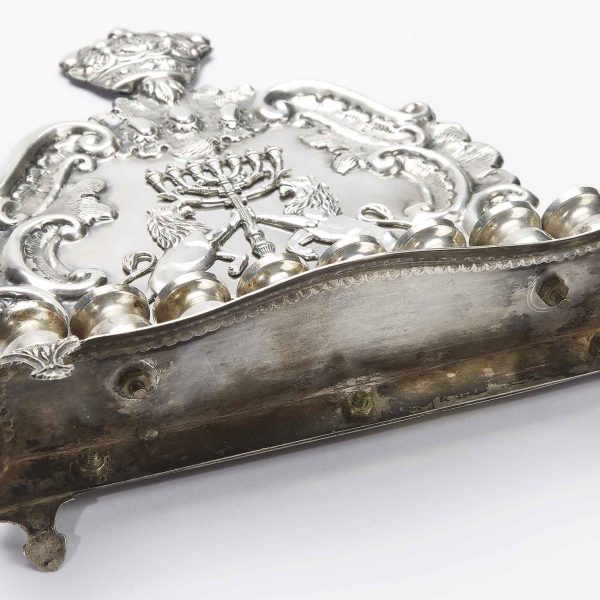 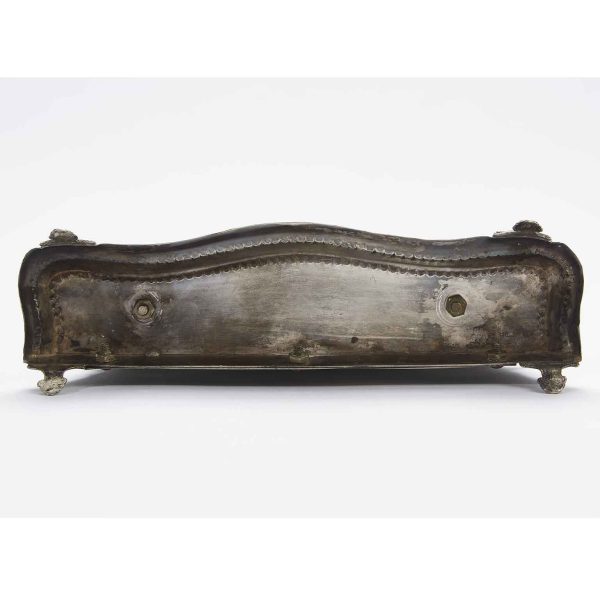 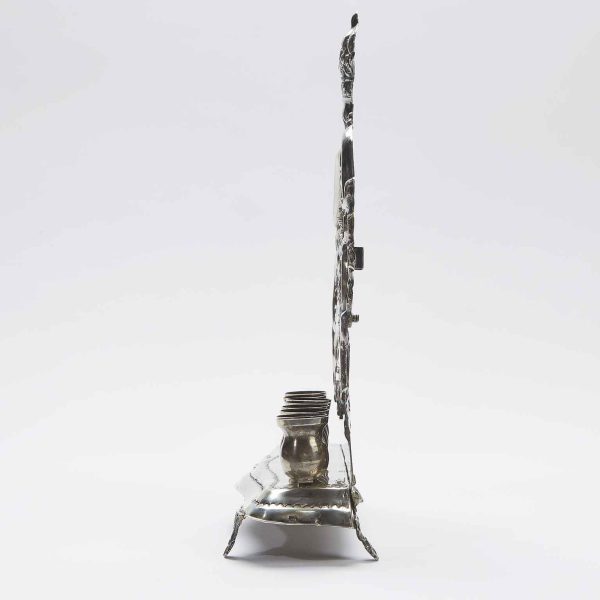 Antique cast and plate silver 800/000 Hanukkah lamp, an oil lamp for the Jewish festival of lights made in Italy in the early 20th century in good condition. This Judaica artwork featuring a shaped backplate in silver foil, embossed with a scrolling foliage culminating in a crown, in the central part a monumental menorah supported and flanked by two cast Lion of Judah figures. The lower shaped base formed by an eight lamp tray with the eight candle holders,  standing on four shell-shaped feet.
In the lower left part of the base near the edge we find the silver mark of 800/000 together with an illegible mark. in good condition, it comes from a private collection of Trieste, a city in Nothern Italy closed to Slovenian border, where we have selected other Czechoslovakian silver Judaica items dating back to 1920 circa; we suppose our lamp belongs to the same period.
It weighs 510 grams.

It is an antique Italian oil lamp for the Hanukkah, the Jewish Festival of Lights. It celebrates the victory of Judas Maccabeus over the Syrian king Antiochus Epiphanes and the rededication of the Temple in Jerusalem in 165 BC. This winter festival lasts eight days and an extra flame is lit for each night of the festival. 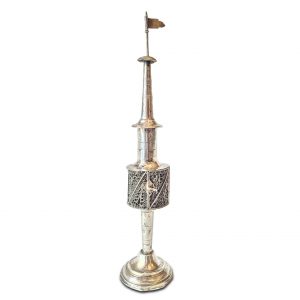 Miscellaneous
Antique Judaica Havdalah Besamin Silver Spice Tower from Berlin
Antique Judaica Havdalah Besamin dating back to late 19th century, a silver and filigree spice tower. In good  condition, wear consistent with age and use,  it comes from a Tuscan private residence; The Havdalah spice tower is set on a round base with Continental silver marks, hallmarked by German silver maker Weichhardt Rudolf active in Berlin in 19th century.  Set on a round base with a circular filigree spice compartment. The upper part of the spice tower is topped with a pennant.
1.200,00€
Read more 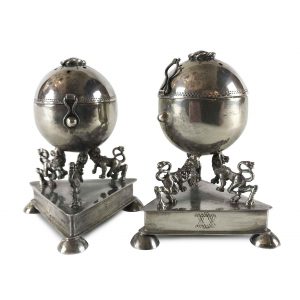 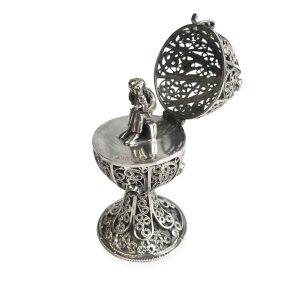