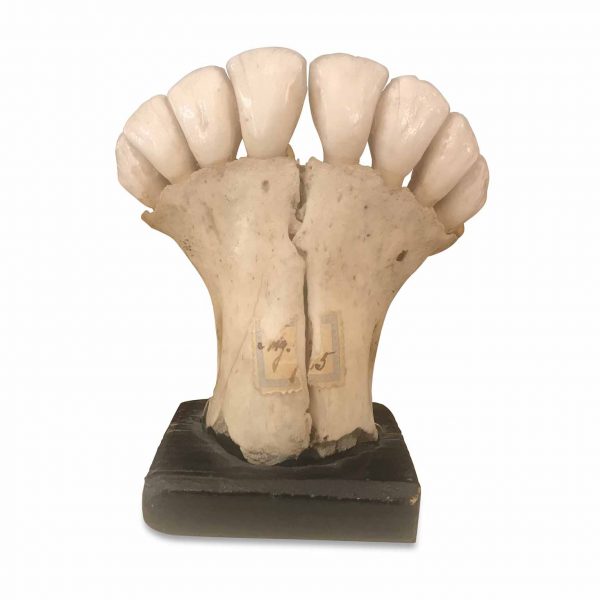 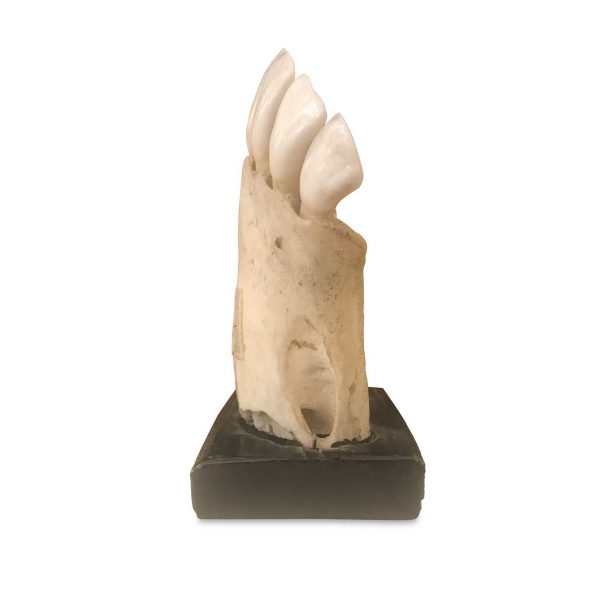 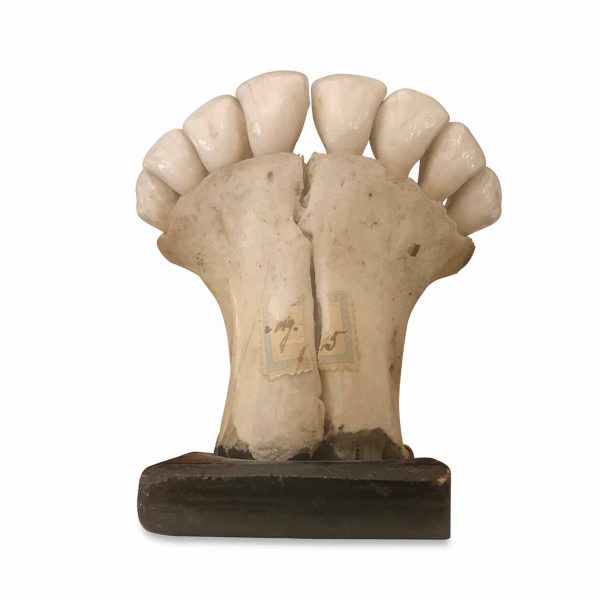 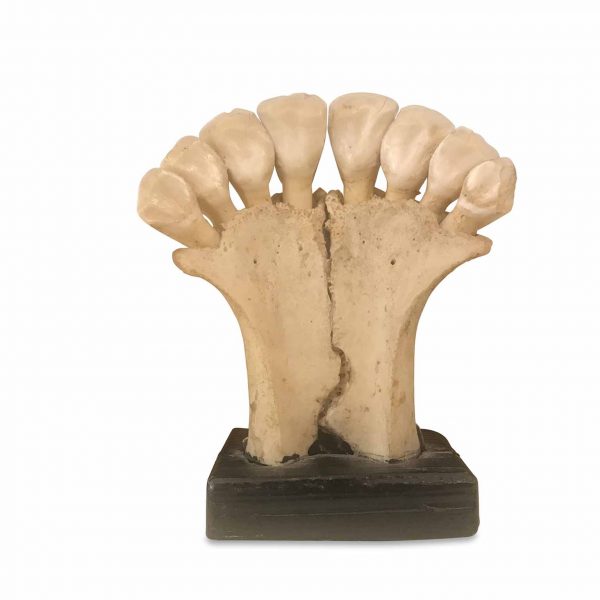 Anatomic Model of Animal Teeth, dating back to the early 20th century, mounted on a rectangular ebonized wooden base on which is anchored the bone fragment of a donkey (?) With its teeth.
On the front an illegible inventory label.
From an Italian Wunderkammer Curiosity cabinet.
In good condition.

This item may be subject to CITES restrictions.

Wishlist
Email to a friend
SKU: A478 Category: Miscellaneous 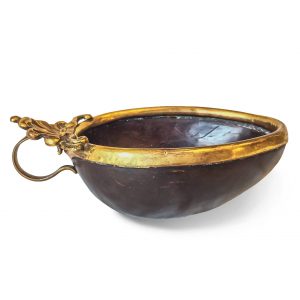 Miscellaneous
Early 18th Century Tuscan Gilt Copper Coconut Cup
A very rare coconut cup, may be a liturgical baptismal bowl,  mounted on embossed and fire gilded copper with double scrolling handle. It is a very original work for connoisseurs and collectors only. It comes from The Tuscany Granducato and dates back to early 1700. Good condition, wear consistent with age and use. 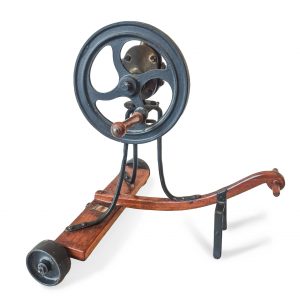 Miscellaneous
Academic Model of Hydraulic Pump for Irrigation 1880 circa

A rare Model of Hydraulic Pump for Irrigation probably made for educational use as suggested by the scale, ten inches high, and the inventory numbers of the paper label. The iron pump was realized at the late 19th century, as both threads and small parts used reveal and was entirely handmade, mounted on a wooden trolley with iron wheels and supporting legs; both pump body and flywheel rotate on the vertical axis. Wooden winch. Italian Origin. 1880 circa. 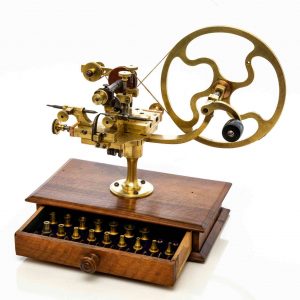