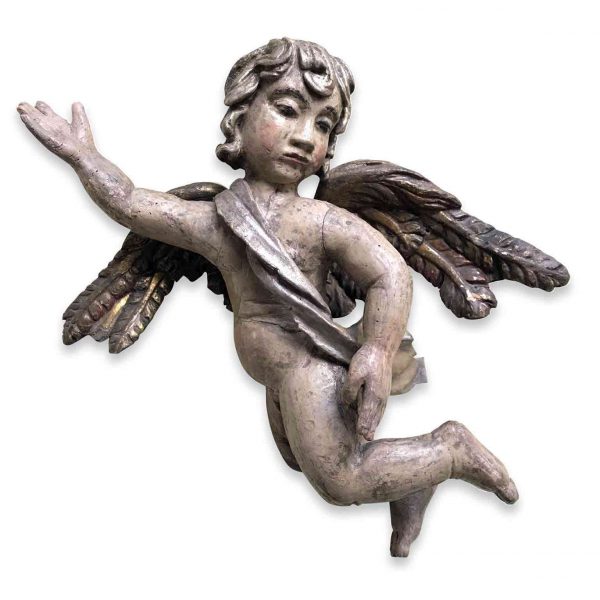 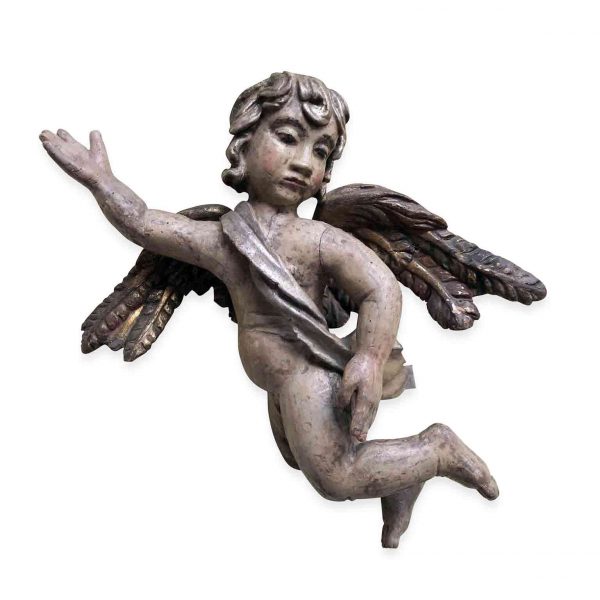 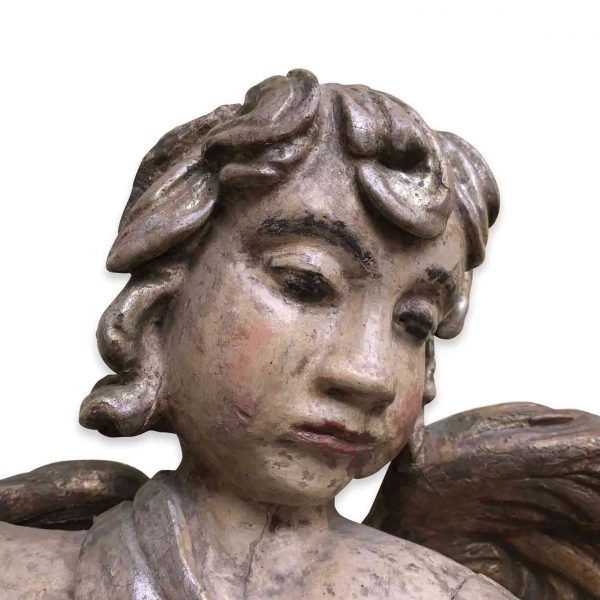 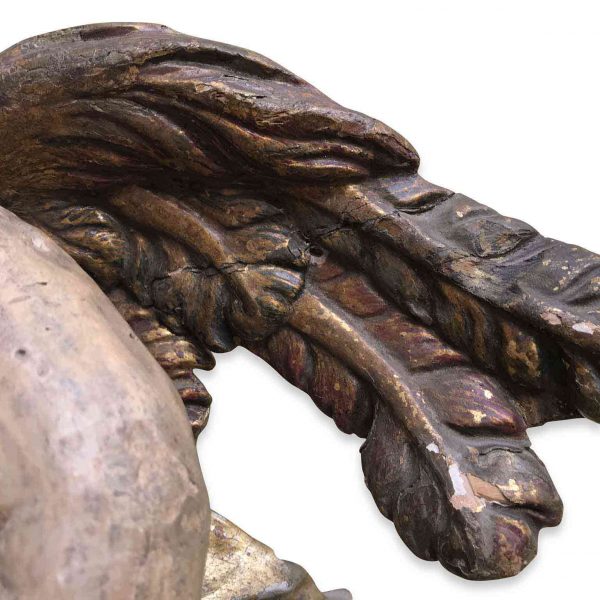 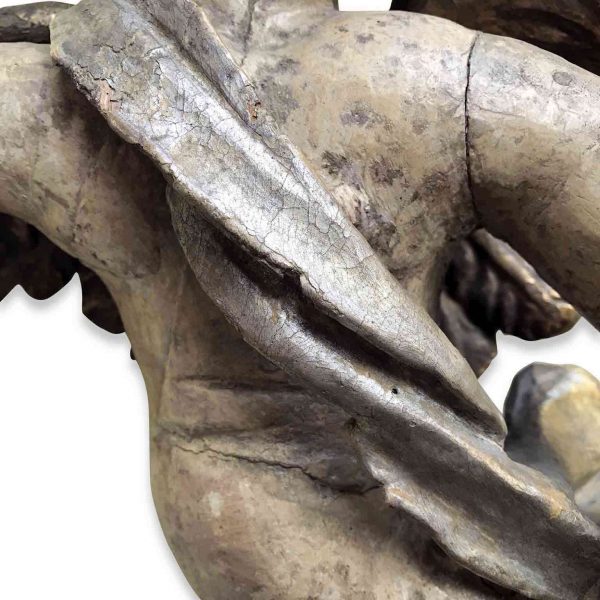 Lovely Baroque style Announcing Angel, an Italian figurative sculpture carved in cembran pinewood painted, silvered and gilt wood of Italian origin, dating back to 9th century, in overall good condition.
This antique wall-hanging figure is a hand-painted winged putto figure, having original polychrome in overall good condition, with minor painting losses, wear consistent with age and use. See pictures details.
The cherub is expressive in its movement and facial expressions. Both frontal drape and wings show a gold leaf finish.
This Italian antique sculpture comes from a private house of Milan and would make a charming addition to a living room or bedroom in your home.
It might be wall-hanged or, mounted with a wooden pedestal, or can stand and decorate your furnishing.
Measures: height 47 cm x width 46 cm x depth 18 cm. 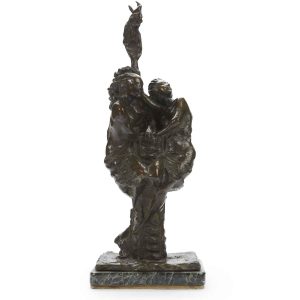 Giuseppe Bianchi cast bronze sculpture depicting a group of three female figures wrapped around a square pillar, three naked women holding up a torch, a flame or something similar. One of the figure holds the wheel of a cart.

This bronze sculpture expression of Italian Symbolist currents of the 1920s. is signed on the base G.Bianchi (Como 1864 - 1944) rests on a square marble base and has a beautiful dark patina, in good condition.

The modeling looseness of this composition, the deforming line of the three female figures, almost untied by anatomical reality, but of strong emotional and spiritual impact, are characteristics that place the sculpture in the second decade of the twentieth century, to the symbolist currents of the 1920s. Bianchi Giuseppe (Como 1864 - 1944) took part in the National Exhibition in Brera in 1922 with "Care Rimembranze" a marble sculpture. Some of his works are also present in the Art Collections of the Ospedale Maggiore in Milan. 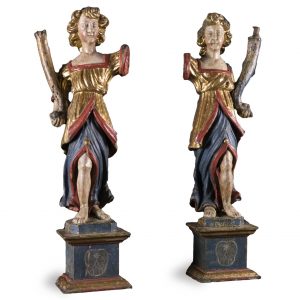 A pair of antique Italian Angels, two Baroque polychrome-painted and carved giltwood torchères dating back to late 17th century and coming from an private villa of Siena, a Tuscan city in Central Italy. This rare pair of hand-carved, painted and gilded Cembran pinewood sculptures represent two standing angels figures,with long curled hairs showing a deep carving and excellent gilding, holding a cornucopia, symbol of abundance and prosperity. Both candelabra sculptures raising on stepped and squared armorial bases, with the brotherhood symbol, a kind of symbol of the Golgotha drawn in white tempera. They are also adorned with a blue and red polychrome cloth under a gilded robe.

Overall good and original conditions, wear consistent with use and four centuries of age, wings and one arm missing. In the past, this antique statues have been probably used as lamps. Period: 1600 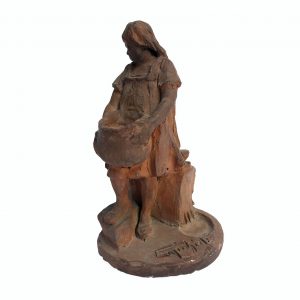 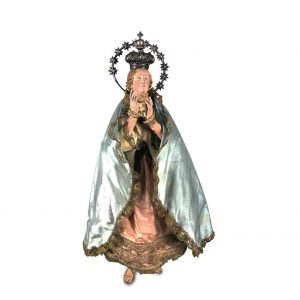 19th Century Neapolitan Italian Terracotta Virgin Mary Figure,  an antique manikin with face, hands and feet realized in hand-moulded and hand-painted terracotta,  joined to the mannequin with superlative embroidered Dress, even the petticoat is decorated with golden embroideries.

The Virgin Mary figure has glass eyes, is wearing a  a crown in embossed and silvered metal surrounded by a ray of stars of the same material.

Standing on a rectangular wooden base, lined with green fabric, good condition, wear consistent with age and use. Southern Italian origin.