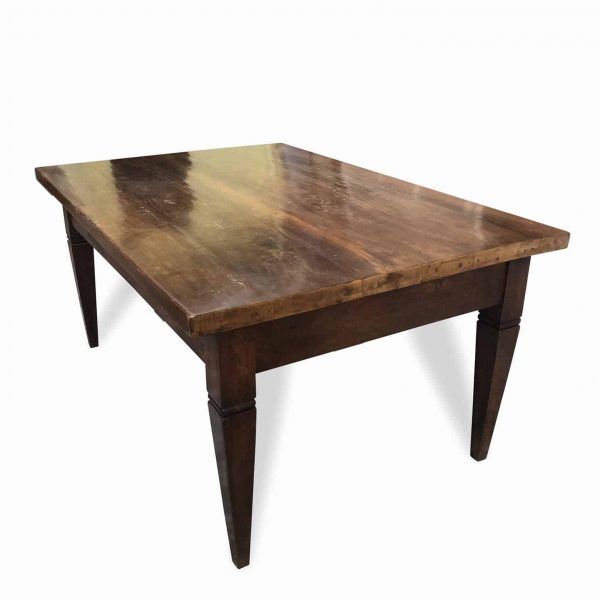 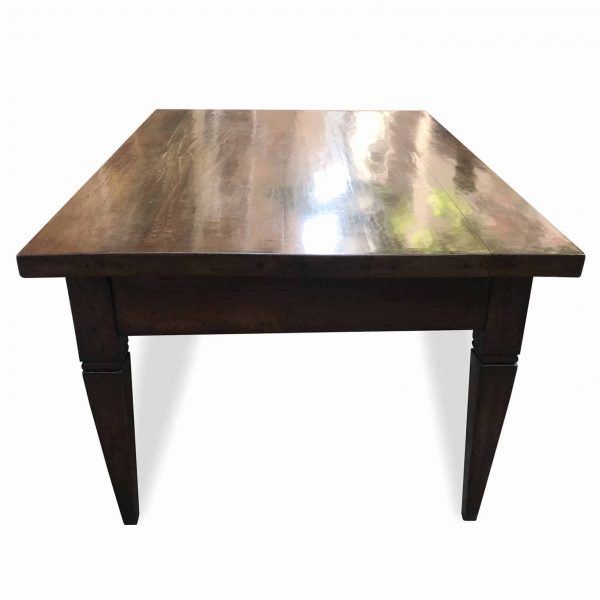 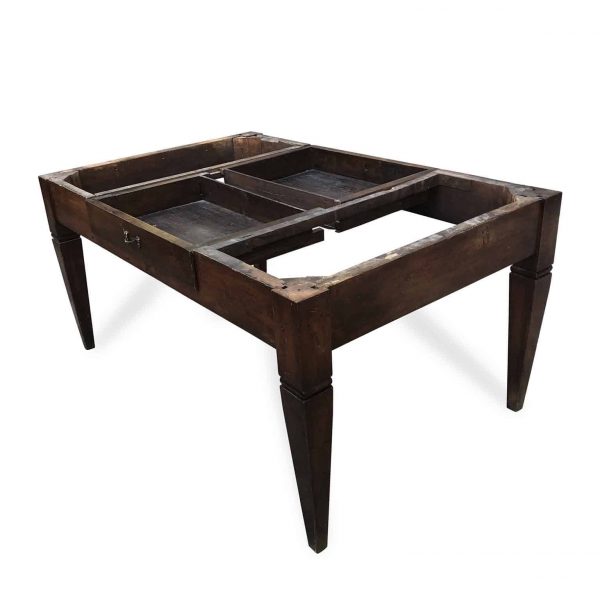 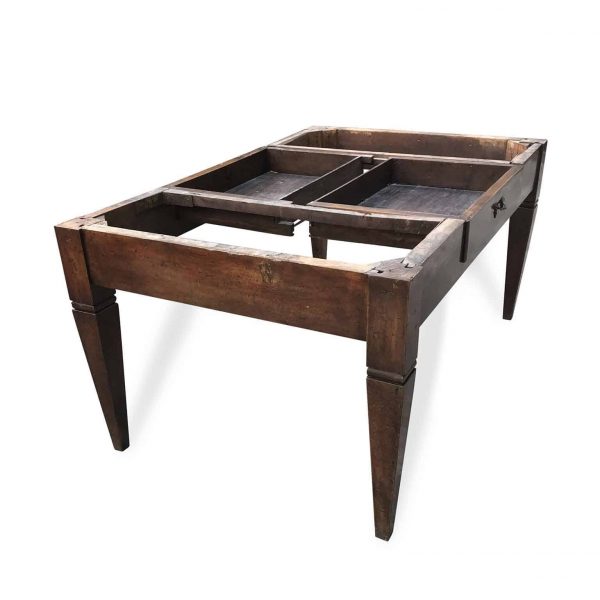 The top is formed by the junction of six walnut tables with a thickness of cm. 5.5.  Initials G B Z are stamped on a profile. The  top can be placed just lean thanks to a joint, see listed pictures.

It was the table of a tailor’s atelier. We have acquired it in a private house of Milan and the owner told us the story of this antique piece. We would like to share with you….

It belonged to a Sicilian  man named Natale,  who came to Milan from Sicily on foot, after the first World War,  when he was 14 to learn a job.
He went to a tailor’s shop to work and one day, many years later, he opened his own  tailor’s atelier in via Verdi, in Milan, closed to Teatro la Scala.
Natale received this table by a gentleman of French origin, as payment, in exchange for a tailored suit for men!  Since that day the table has been in his atelier for 30 long years. Natale had three daughters and one of these was a friend of the lady who has sold us the table.
When she saw this table she immediately fell in love with it, she did not know if it was a piece of solid wood or its history:
The unique interesting thing for her was its role in the atelier: it was a witness ……  the table on which a father has drawn, sewn, presented, adjusted, sold, made happy hundreds of people with their tailor-made new clothes, it seemed an important piece of history to continue to make living in a house ….

We all know that every antique tells a story and we can assure this table could tell a few tales!

Wishlist
Email to a friend
SKU: A411 Category: Uncategorized 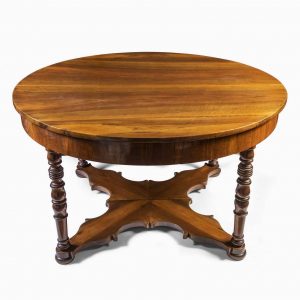 A Louis Philippe extendable walnut dining room table dating back to mid 19th century and coming from Bologna, in overall good condition. This antique Italian almost circular table has an extensible solid walnut top, with a superlative flamed walnut, measuring 57,28 inches by 55,51 and you can extend this size till 87 inches, suitable for ten sittings, just adding an extra leave of 24 / 32 inches, to be tailor-made, not available. View image detail.

The circular apron under the top is walnut veneered and shows some minor veneer detachments. Four turned legs standing on lovely shaped base with circular feet. Overall good condition, wear consistent with age and use. Minor light scratches of minor wear to the top. No structural issues or instability. Our professional artisan can restore veneer detachments of the apron and polish the table, realizing custom-made extra leaves with an additional quote of 2000 euro, it will take around two weeks. You will then receive a dining table in excellent condition. 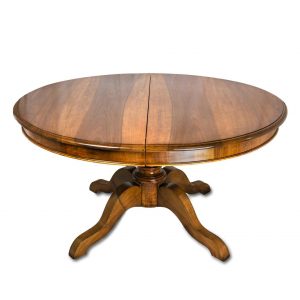 Furniture, Tables
XIX Century Italian Extendable Oval Walnut Dining Room Table
Italian extendable oval walnut dining room table dating back to mid-19th century, in good condition. This antique Italian round table has an extensible solid walnut top measuring 50.5 x 57.5 inches (128 x 146 cm) and you can make it bigger of 35,43 inches 90 cm, suitable for eight sittings, adding two extra leaves of 17,71 inches each, 45 cm circa. The two poplar leaves are new tailor-made, since we have bought it without leaves. A circular turned leg standing on four walnut veneered square shaped curved feet. The structure is very solid, legs only weight 25 kg, in good condition, top had a very light finish, yellowish see listed pictured, and we have removed it and polished. The table comes from a private residence in Lombardia. For shipping, top can be dismantled and removed from legs. Measures: Height 78 cm Depth 128 cm Width 146 cm extendable size (+ 90 cm, two leaves of 45 cm each).
4.000,00€
Add to cart