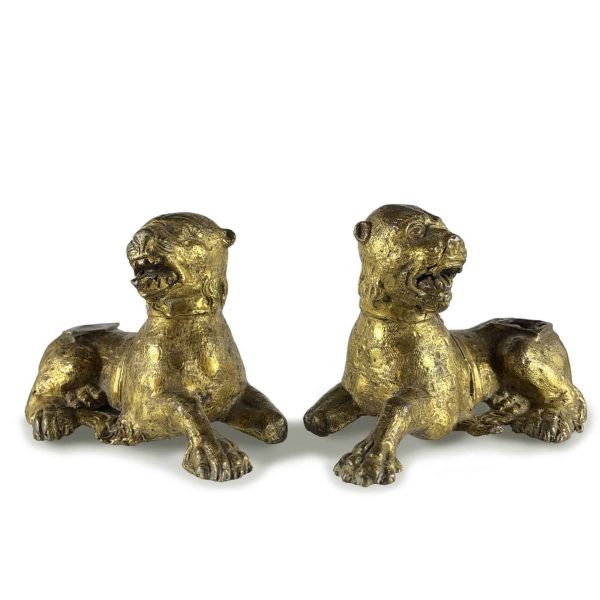 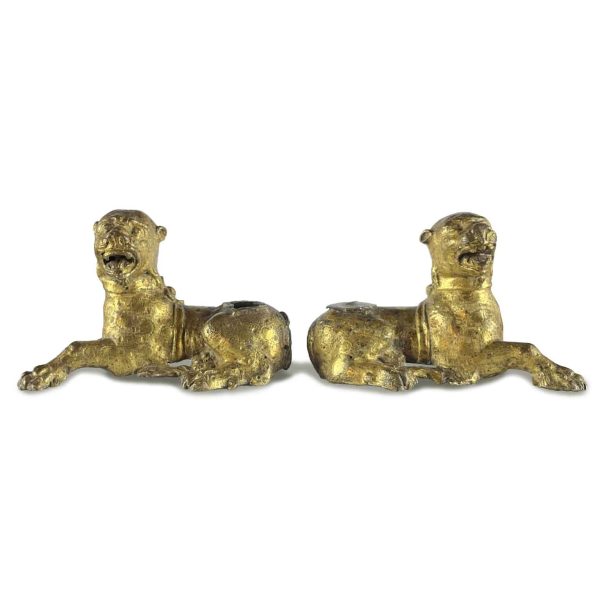 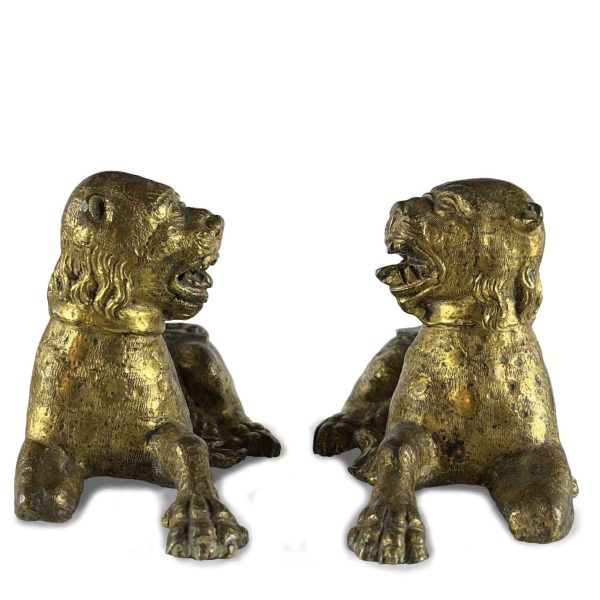 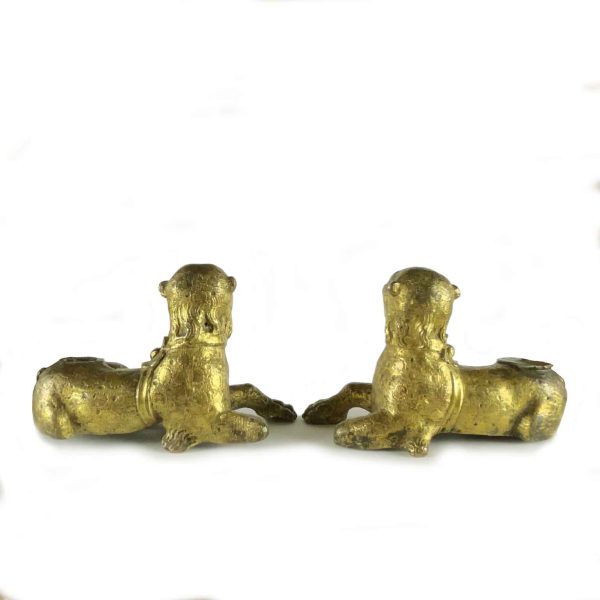 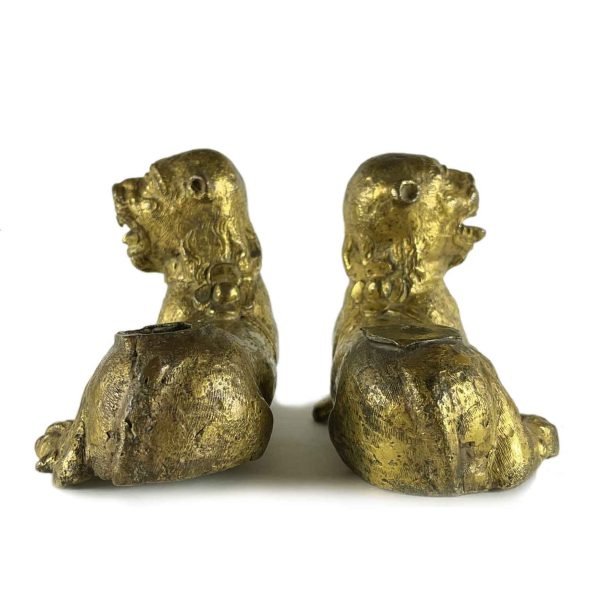 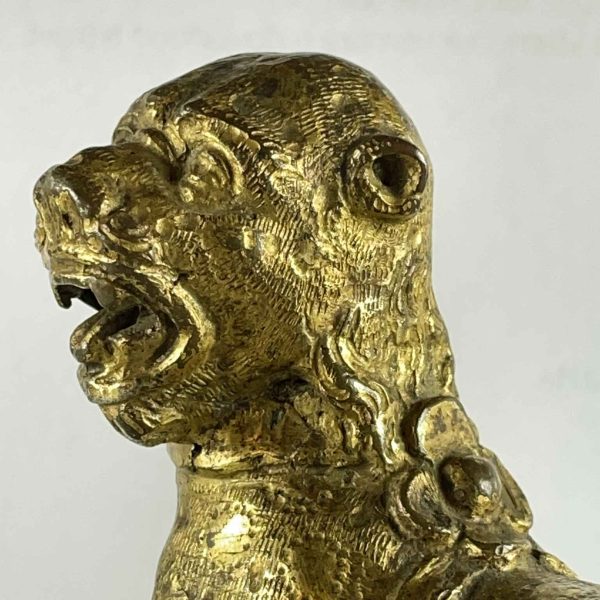 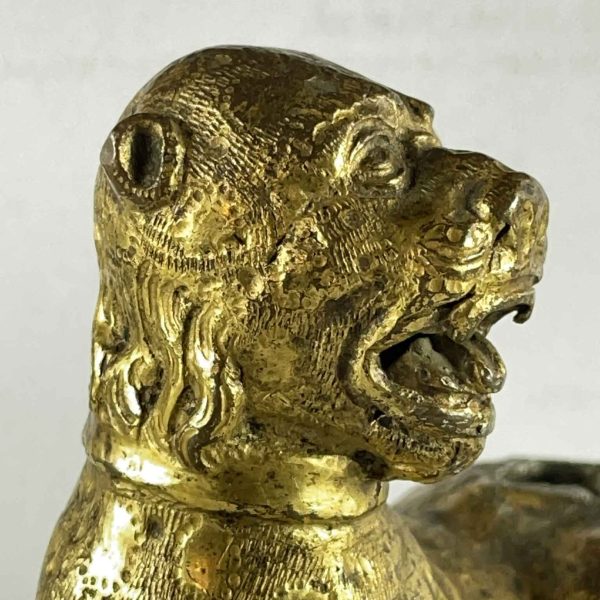 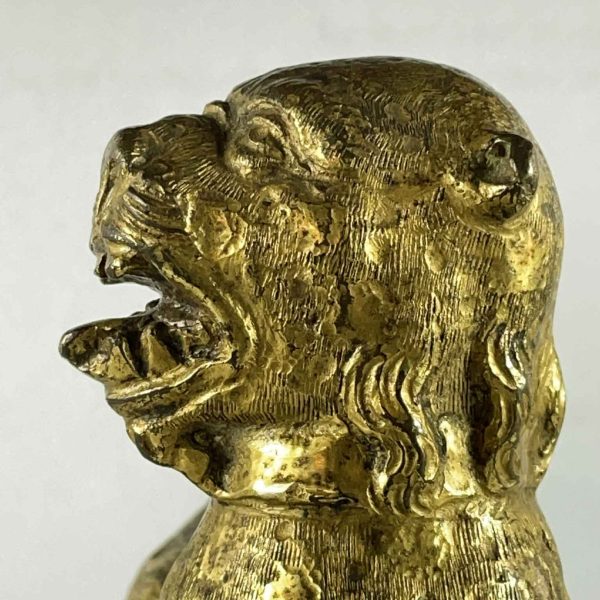 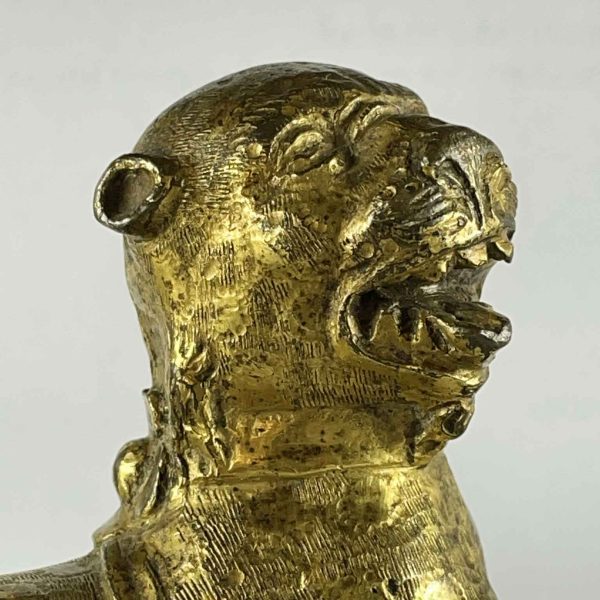 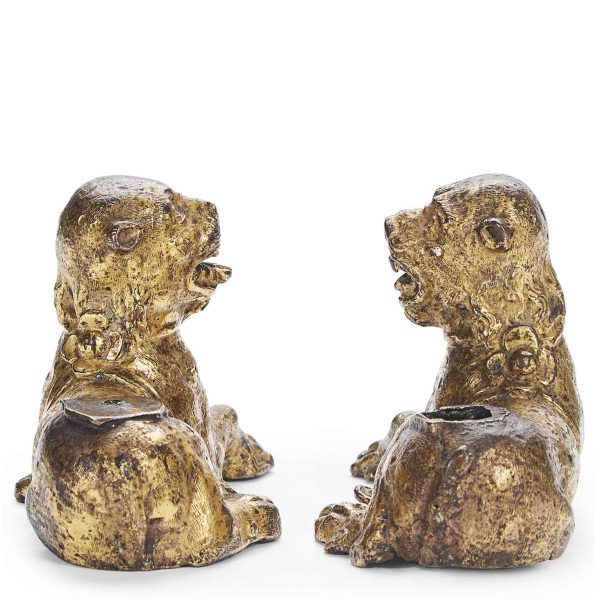 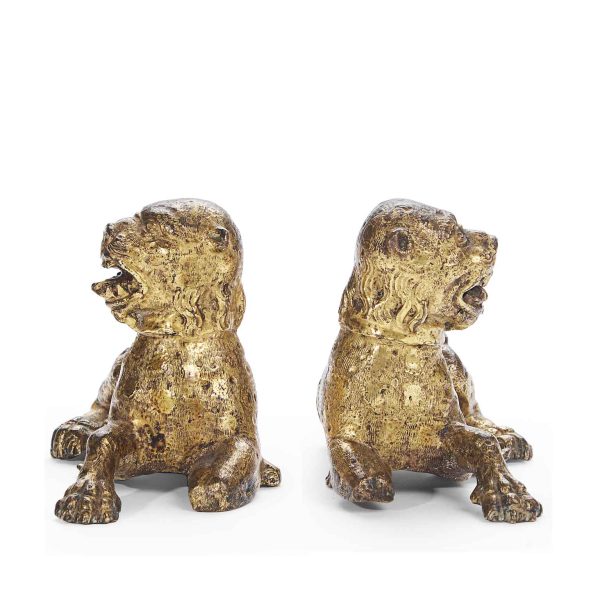 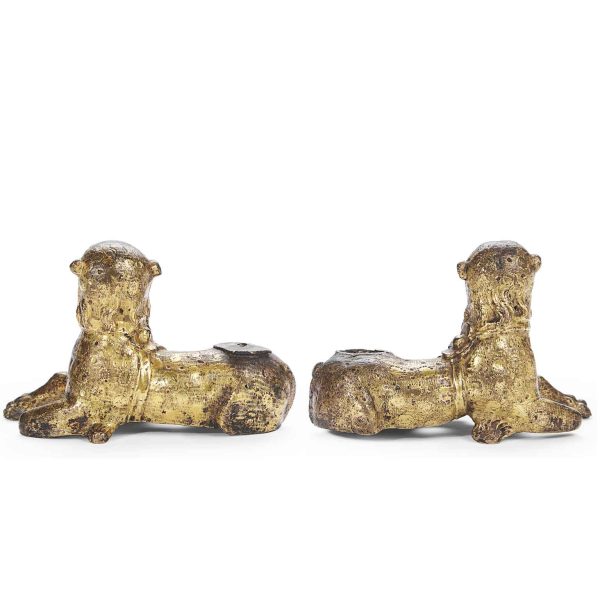 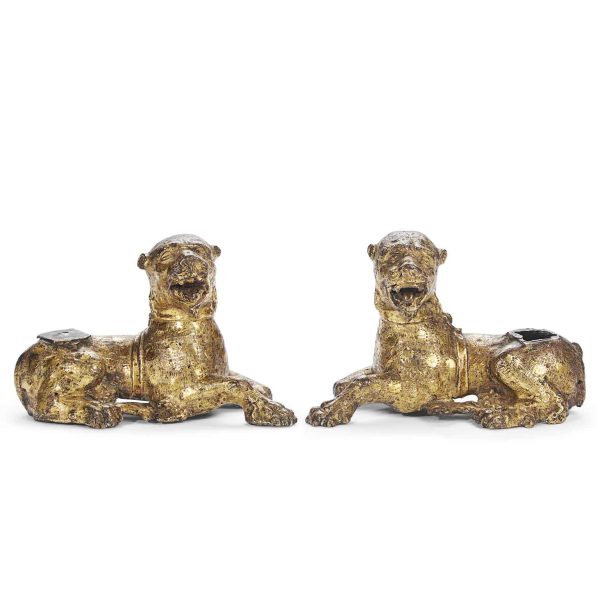 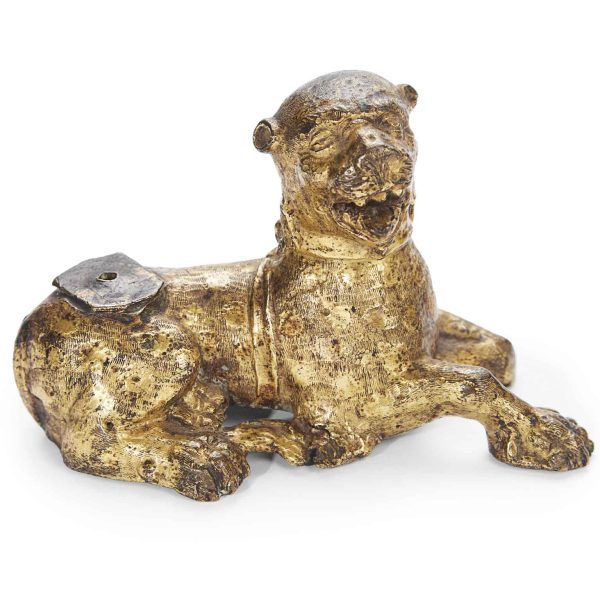 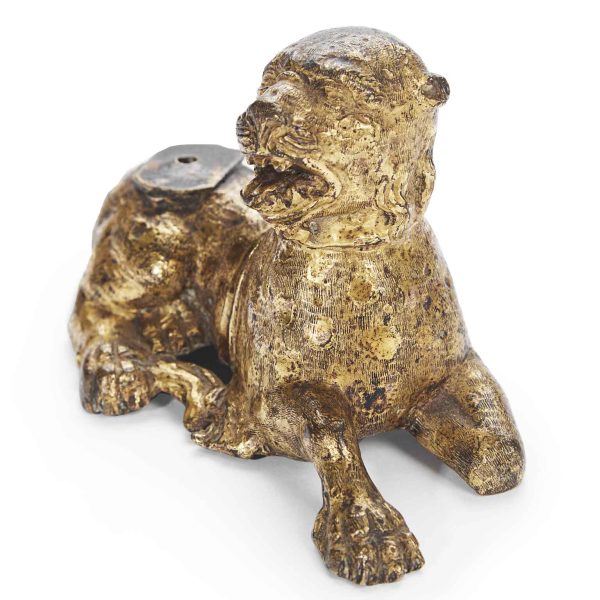 The Stylophore Lions were figurative sculpture used in the Renaissance era to support pedestals at the entrance of the Cathedral; stylophore is an architectural term meaning stylus bearing elements, as column bearer. It is used to indicate those sculptures of animals or fantastic monsters placed at the base of the supporting columns.

These antique gilded pair of lions probably originally feet of a coin cabinet or similar furniture which had to fit into the casting through the hole present in correspondence with the back of the fairs (one of the small plate is missing).

Guarding the overlying structure, the animals are portrayed roaring, they have their mouths open with their tongues out and showing their teeth; their power is controlled by a collar with a harness connected with a flower on the back. The horsehair and coat are finely chiseled defining a braided hairstyle one and the second as spotted.

The lion is an undisputed symbol of strength therefore, placed at the entrance of the churches, it symbolizes the strength that guards the sacred space.